The City of Denver is speeding up its Elevate Denver bond program to help accelerate recovery from the COVID-19-induced economic downturn.

“Now more than ever, people in our community need access to good-paying jobs, so we’re deploying the same job-creating tools used to bring us out of past recessions by accelerating the Elevate Denver Bond Program to help rebuild our local economy, get people back to work and make neighborhood improvements sooner,” Mayor Michael Hancock says in a statement about the move, which echoes one made over a decade ago.

On October 13, a Denver City Council committee approved a new debt issuance of about $170 million that will go toward infrastructure projects funded by the Elevate Denver bond program, authorized by a ballot initiative passed by Denver voters in 2017. The city had originally planned to issue $77 million in bonds, then decided to go bigger, faster.

Every $1 million of bond money spent through the Elevate Denver program generates $2 million in economic output, city officials say. If this particular move is approved by the full Denver City Council, they predict the project will lead to 1,843 jobs, $136.6 million spent on labor, and $3.826 billion in sales.

The $170 million proposal would be the largest bond issuance ever for city-led projects; 75 percent of the money would go toward construction and construction-related activities across Denver.

“We think it’s a fantastic idea from a lot of angles, but the biggest one is to keep that employment base working and keep that part of the economy out of the unemployment line,” Michael Gifford, president of the Associated General Contractors of Colorado, says. “It’s not like you can take those bond funds and spend it on some other purpose.”

The Elevate Denver money is earmarked for specific capital improvement projects. The city has already tapped into about 40 percent of the ten-year, $937 million program through three earlier bond issuances.

Over $430 million of the nearly $1 billion total will go toward improving or building out the city’s transportation and mobility systems. Cultural-facility projects will get $116 million, while the parks and recreation system will receive $151 million. The rest of the money will be split up for projects related to the library system, public safety, public facilities and the Denver Health and Hospital Authority.

Of the approximately 500 Elevate Denver bond projects, 106 are in design or under construction. Seventy-one have already been completed. This proposal would speed up many more.

“This concept has its origins back [in] the Great Recession,” recalls Brendan Hanlon, the city’s chief financial officer, who was working for the city then, too. As the construction industry shrank by 40 percent, then-Mayor John Hickenlooper’s administration sped up projects funded by the Better Denver bond program, passed by voters in 2007, to inject money into the economy and create jobs.

“Hickenlooper really worked on accelerating those projects as a way to keep serious construction employment in the Denver area, which produced income tax, sales tax, property tax and people having money to spend on all those consumable areas,” Gifford adds.

Having the ability to finance major infrastructure projects is a lucky break for Denver, which is facing massive budget shortfalls owing to the COVID-19-induced economic downturn.

The city’s Department of Finance is estimating a $221 million revenue decline in 2020 versus initial projections. Currently, the Hancock administration is working to get its budget passed, but has to solve a $190 million gap between projected 2021 revenues and expenses.

The Department of Finance is seeking to refinance bond obligations from a decade ago that would help save $57 million through current low-interest rates. The city often combines bond issuances with debt refinancing as a way to save money on overhead costs for managing the money.

Conor McCormick-Cavanagh is a staff writer at Westword, where he covers a range of beats, including local politics, immigration and homelessness. He previously worked as a journalist in Tunisia and loves to talk New York sports.

Fri Oct 16 , 2020
With massive job losses and continued economic uncertainty as the pandemic drags on, workers might be hesitant to ask for anything, let alone a raise. “If you are in a place where you’ve had a significant impact on the organization and taken on more responsibility and the company isn’t saying, […] 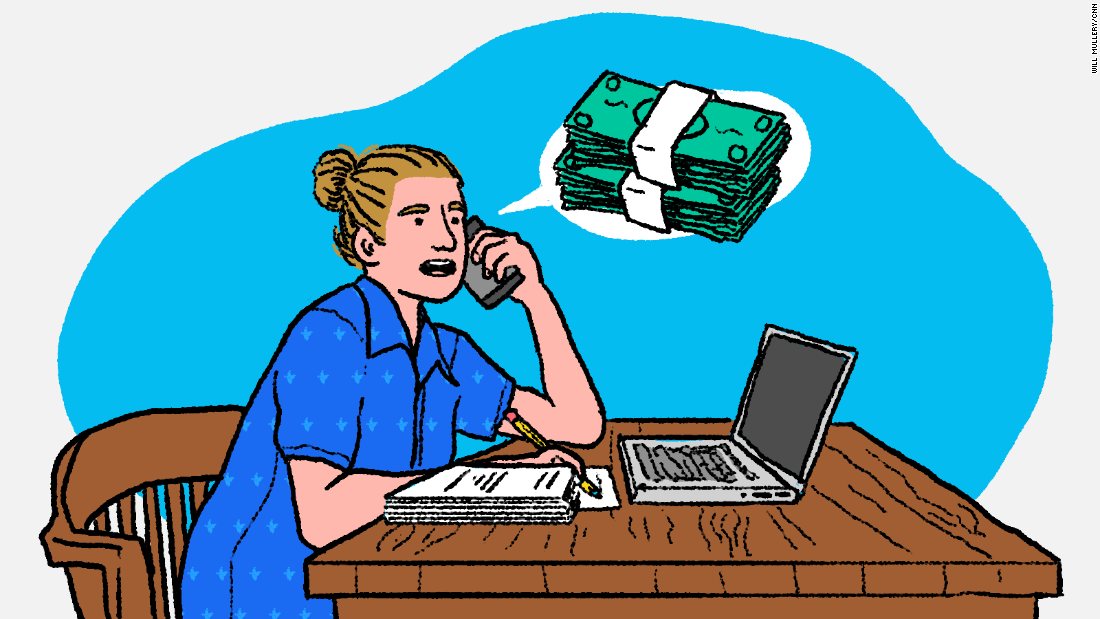