For a fifth week, a group of demonstrators gathered outside the Tower Theatre to voice opposition of its sale to a Fresno church.

They were joined by counter demonstrators, including anti-mask activist Ben Martin; Josh Fulfer, a member of the group that confronted Fresno City Councilman Miguel Arias at his home in May; and at least one person who appeared to be a member of the Proud Boys.

The dozens of demonstrators lined up on Olive Avenue across from the Tower Theatre as early as 8 a.m. on Sunday. Those opposing the sale of the theater to Adventure Community Church stood on the sidewalk holding rainbow flags and signs with slogans like “Keep Tower Weird,” “Community over Colonization,” and simply “Save the Tower Theatre.”

Mask-less counter demonstrators waved large American flags and held signs of their own. One read, “What Happened to Diversity?” and “#hypocrisy,” an allusion to Adventure Church’s claims of discrimination by the city and those opposing the sale. Another read “Rally for Jesus.”

The counter demonstrators milled about the crowd with cameras, live-streaming the event and trying to find debate.

Laura Splotch, who has been rallying against the Tower Theatre sale for the last five weeks, carried a “No Comment” sign she used on those looking to engage. She said the counter demonstrators did have the right to join them on the corner, but was frustrated that they weren’t wearing masks and not allowing for social distancing.

In a live-streamed video of the event that lasted more than an hour, Martin tried to engage with those demonstrating against the church, whom he called “lunatics,” and “hateful people who don’t like God.” He also cited the demonstrators’ right to gather.

“The truth is that these people have the right to do this,” Martin says in the video.

“Even though I disagree with what they’re doing, in a way it’s beautiful. In what other country do you have the right to do this? Free speech and not have the cops throw you around, do you know what I mean?”

Martin said he did not alert his followers that he would be at Sunday’s event and that he had an event scheduled for Monday, though no specifics were given in the video.

Fresno police officers watched the gathering from a parking lot away from the demonstration. It was a precautionary measure, said Lt. Rob Beckwith.

“We’re just out there to make sure that we don’t have any issues.”

Adventure Church had been holding in-person Sunday services at the theater until last week, when it received a citation from City of Fresno Code Enforcement to “immediately cease all community and religious assembly uses” contrary to zoning regulations. The church also received a notice for violating emergency orders related to the COVID-19 pandemic. A notification precedes a citation.

While the church did hold a worship service concert on Wednesday, Sunday’s services were held online.

Joshua Tehee covers breaking news for The Fresno Bee, with a focus on entertainment and a heavy emphasis on the Central Valley music scene. You can see him share the area’s top entertainment options Friday mornings on KMPH’s “Great Day” and read more of his work here. 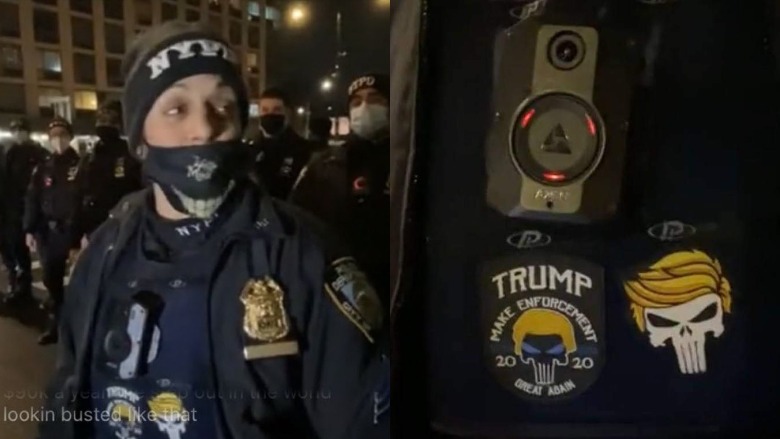