LAS VEGAS (AP) — The pageantry often associated with presidential conventions will be remade again as Democrats gather virtually for a second day.

The roll call vote of state delegations, which typically unfolds over several hours of fanfare, will instead be abbreviated Tuesday. And the keynote speech that has launched political careers in the past will be delivered by multiple speakers — without an adoring crowd cheering them on.

Coming off the heels of speeches from Michelle Obama and Bernie Sanders calling for action and unity in Monday night’s kickoff, the all-virtual convention continues Tuesday for two hours starting at 9 p.m. EST. Though Democratic National Committee Chairman Tom Perez is in Milwaukee, the convention host city, most party and elected officials, activists and musical acts will be appearing from livestreams and pretaped videos from around the country.

It all builds toward Joe Biden formally accepting the Democratic nomination on Thursday.

What to watch on the second night of the convention:

Though Jill Biden is no stranger to the national stage after her husband’s eight years as vice president, she will be introducing herself to Americans as a potential first lady in a prime-time speech. Biden, a longtime community college teacher, will close out the program making a pitch for her husband.

A speech from Bill Clinton is among the traditions that Democrats are including in Tuesday night’s programming. The former president has spoken at every Democratic National Convention since 1980, including giving powerful addresses that made the case in 2012 for Barack Obama and in 2016 for his wife, Hillary Clinton. Bill Clinton is known for his ability to connect with a crowd, and while doing so, going well past his allotted speaking time. On Tuesday, he’ll have to make a compelling case virtually and wrap it up so Jill Biden can speak.

The theme is “Leadership Matters.” In addition to addresses from the nominee’s wife and Clinton, the night will feature speeches from former secretary of state and 2004 Democratic presidential nominee John Kerry, progressive favorite Rep. Alexandria Ocasio-Cortez of New York, and Rep. Lisa Blunt Rochester of Delaware, who co-chaired the committee that vetted running mates for Biden and helped him decide to select California Sen. Kamala Harris.

Other speakers include those who’ve clashed prominently with President Donald Trump: Senate Minority Leader Chuck Schumer and former acting U.S. Attorney General Sally Yates, who was fired by Trump early in his administration after she refused to defend his travel ban on residents of some predominantly Muslim countries.

The Tuesday night keynote speech can be a star-making opportunity. It’s where a state senator from Illinois named Barack Obama become a household name. It’s also where Julian Castro, then the mayor of San Antonio made his national debut in 2012 before going on to serve in the Obama administration and run for president in 2020.

Instead of giving the speaking slot to one up-and-comer, Democrats this year are dividing it up among a diverse group of 17 “rising stars.” They include Georgia Democrat Stacey Abrams, who was considered a contender for Biden’s running mate; Nevada state Sen. Yvanna Cancela, the former political director for the powerful Las Vegas casino workers’ union; Mayor Robert Garcia of Long Beach, California, who became the city’s first openly gay mayor in 2014; Navajo Nation President Jonathan Nez; and New Hampshire state Rep. Denny Ruprecht, who became that state’s youngest lawmaker when he was elected in 2018 at age 19.

Instead of a traditional roll call vote, where Democrats from each state and territory boast about the place they’re representing and announce how many delegates they have for the nominee, the party this year will formally nominate Biden with pretaped segments. The roll call will go alphabetically through the 57 states, territories and the Democrats Abroad delegation, meaning Alabama will lead off.

“You’re going to see very iconic symbols of America embodied from every state,” Perez said, calling it one of the week’s highlights.

For example, the plan is for Alabama to lead off the roll call from the Edmund Pettus Bridge in Selma, site of the voting rights marches of 1965 and the Bloody Sunday encounter when state troopers beat and nearly killed civil rights icon John Lewis and other marchers. The late congressman, an Alabama native, died in July after representing Georgia in Congress for more than 30 years.

In addition to formally nominating their presidential candidate, the convention is where the party typically declares its rules and values by adopting a platform. This year, more than 4,000 Democratic delegates cast votes by mail on whether to adopt the platform. The rules and those results will be included in Tuesday night’s program.

Among the rules is extending for another four years an overhaul of the nominating process that limits the power of superdelegates, keeping them from a vote on a first presidential nomination ballot if it is contested. Approving the extension now spares a new party chairman or Biden, if he’s the incumbent, from having to litigate the issue again with the Bernie Sanders wing of the party.

While Joe Biden and the Democrats try to use the week of prime-time to build enthusiasm, Trump isn’t going to cede the spotlight. The president has plans for travel and political events to counter his rival’s convention. On Tuesday, Trump will travel near the U.S.-Mexico border to Yuma, Arizona, to give a speech advertised to be about Biden’s “failures on Immigration and Border Security.” He’s also including some presidential business in his day, visiting Iowa in the aftermath of an unusual wind storm known as a derecho that hit there last week.

The program runs from 9 p.m. to 11 p.m. Eastern time. The DNC’s official livestream is available online and via its social media channels. CNN, C-SPAN, MSNBC and PBS will air the full two hours, while ABC, CBS, Fox News Channel and NBC will air the final hour, from 10 p.m. to 11 p.m. The convention is also available to watch on Twitch, Apple TV, Roku and Amazon Fire TV.

Tue Aug 18 , 2020
Cricket Australia will closely monitor the mental health of players living inside a bio-secure bubble during the upcoming limited-overs tour of England, captain Aaron Finch said Tuesday. The team departs Sunday for a tour originally scheduled to take place in July but postponed because of the coronavirus pandemic. In order […] 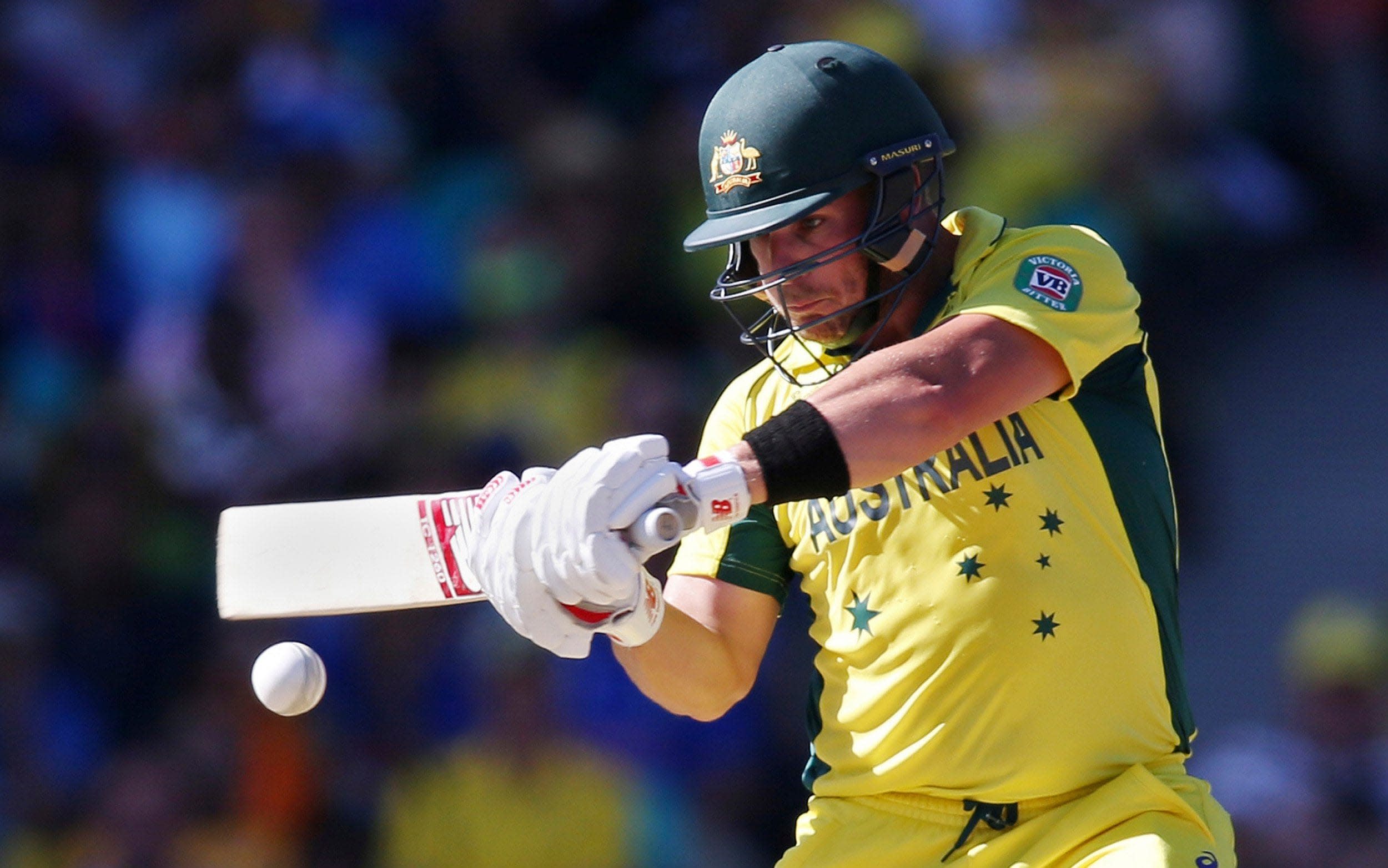