UNIVERSITY HEIGHTS, Ohio — The city’s Planning Commission has scheduled a special meeting for 7 p.m. Tuesday (March 23), during which it will again take up a matter that drew a large amount of interest when the commission last met, on March 4.

During that March 4 Zoom meeting, about 125 people took part, many of them residents speaking out against why they don’t want an addition to a private home at 2343 Miramar Boulevard to be allowed for use as a men’s shul. Applicant David Grand and his lawyer Ethan Rosenfeld spoke during the meeting about Grand’s desire to create at his home of two years a shul, an Orthodox Jewish synagogue he said would be for the benefit of a small amount of men who desire to pray and study on Fridays, Saturdays and certain high holy days.

While the meeting featured a couple of residents who backed the plan, there were 20 who spoke against the idea, offering a number of reasons, mainly a belief that a residential neighborhood and, specifically a home, is not the proper place for a synagogue. The meeting lasted more than three hours, but it was still not enough time for the commission to come to a conclusion as to whether Grand should be permitted to use his house in such a way.

The meeting ended at about 10:15 p.m. because commission member Paul Siemborski had to attend to a scheduled prior commitment. The commission elected by a 3-2 vote, with Siemborski and Chair, Mayor Michael Dylan Brennan, in opposition, to table the issue until another day.

During his comments at the start of the March 15 City Council meeting, Brennan said, “We received a lot of emails and phone calls expressing dismay that we ended the meeting without a decision or even deliberation. Commission members have expressed a desire to deliberate, and in order to do that as a group, we have announced the special meeting.” Brennan then read a statement in which he told of the importance of conducting a proper hearing on Grand’s application because, without such a hearing, the applicant would have the opportunity to make their case anew in court.

In all, 195 residents, both living close and not so close to Grand’s house, signed a petition against using the home as a synagogue. When the commission voted at the end of the March 4 meeting to table, as members Michael Fine, April Urban and Councilman John Rach wanted to see more in-depth site plans of the proposed shul, several residents on the Zoom call vocalized their displeasure.

Rosenfeld, speaking March 4, told those participating in the meeting, “This use, to me, doesn’t bring to mind the usual imagery of a formal synagogue that you may have in your mind, such as on Green Road. Those are the types of synagogues that are formal synagogues. They’re public spaces, with families of men, women and children shuttling in day and night to pray, study, to socialize. Where cars line the street or crowd a lot. Where life events like weddings and bar mitzvahs not only can be held, but are routinely held.

“What Mr. Grand hopes for is far from the images of these types of synagogues, these formal places of worship.” Rosenfeld said that the shul Grand wants to operate “is a nimble, modest operation held out of a residence, meant to provide an area with nearby communal prayer on days when driving is prohibited, and relaxing and serious praying is encouraged by Jewish law.”

Rosenfeld said that a quorum of approximately 10 people would pray at the shul, “And then they’re done. They go back to their families.” Families would not be on the site. As for parking, he said that no driving is permitted on Sabbath and Jewish high holidays. “(Grand) will make clear to everybody who comes by, that parking is not desired or allowed on his space. It is, after all, the space of his residence.

“Everyone who would be coming to this prayer room lives in the vicinity and most likely walks around this block on Miramar.”

Toward the end of January, Grand said he took his music equipment from the room and decided to make it a prayer room. “I’m an action taker,” Grand said. “I think of something and I go try and do it a day later. I move quickly.” Grand has purchased 10 tables and 21 chairs for the prayer room.

Grand said that most Orthodox synagogues are located in Beachwood, with just one or two in University Heights. On days when it snows or the weather is inclement, he said he must walk to the temples. “It is six miles I endure walking every Friday and Saturday,” Grand said. Some days, he noted, his children can not take the walk with him.

“It’s my life, my matter, and I don’t require any sympathy,” Grand said. “But at the same time, you get older, I have more kids now, it is a family day, and it is an excessive walk. Six miles is a lot when the weather conditions are bad. I thought it would be good to invite people to my home. I thank God I have some extra space at my home and I thought it would be appropriate.”

In his March 15 council remarks, Brennan said, “To be clear, the administration does not endorse or support the application (by Grand). Instead, this application was made only after the city sent a cease and desist letter to the applicant in response to his widely circulated invitation announcing the opening of a shul.”

“When the city notified me they wanted me to go through this process, I immediately abided,” Grand said, “because I do respect the laws and I do respect the people here.” Grand told the commission that he has no plans to further expand the site or number of people who attend.

Many who spoke against the idea of allowing the prayer space in the home felt that resident Christopher Cooney, speaking for a large number of them, best made their points.

Cooney said he and other nearby residents did not object to Grand’s faith or his desire to make his home a house of assembly. “It is mainly about the request for a special permit for a business, essentially converting it from a residence to a business.”

Cooney said that Grand’s application to the city states an intention to use the building for periodic religious gatherings. “It does not specify types of ceremonies or activities, or the frequency of activities. For the special variance he is asking for, this could literally be any date of the week, at any time.”

Cooney said that Grand offered conflicting information in that he has bought 21 chairs, but earlier stated he would welcome 8-10 people into his home for prayer, and that Grand said he prays every day, not just on Fridays and Saturdays. Cooney also said that, with these “periodic religious” activities, there could be as many as 21 cars parked on the street.

In addition, Cooney questioned why, if Grand will offer invite-only prayer, the shul was being advertised online for those seeking a minyan “no matter where they are.”

Grand, like the rabbi he is partnering with to oversee the shul, is from New York, where Cooney pointed out, the weather can also be cold and snowy.

“Right now, it seems like he’s just upset about the long walk (to an Orthodox synagogue), and this is what this is kind of all about,” Cooney said.

Cooney also questioned why a rabbi was needed at the location. He said that Grand bought the house in good faith knowing it was in a residential neighborhood.

Siemborski,just before the March 4 meeting ended, said that 195 people signed a petition against the idea and wondered why the March 4 meeting lasted as long as it did. “There are places where we have designated uses for this type of special uses,” he said. “So, if you want to know where I stand, it’s not in favor of this. And I’m actually disappointed this was brought to our attention in that I would hope the applicant would know where the community stood with this.

“We understand diversity here, and when we have 195 people coming out against this, this is a waste of my time.”

Brennan, during the March 15 council meeting, said, “At the last meeting (March 4), I voted against the motion to table, because I thought at least some deliberation was in order for that evening, even if it made for a longer evening. The community, which includes the applicant, deserves a thoughtful and prompt decision on this matter.”

Get Ready for a Great American Travel and Spending Boom

Sun Mar 21 , 2021
A little over a hundred years ago, the United States emerged from the double whammy of a world war and deadly pandemic. Eager to get back to “normal” life, Americans went on a decade-long spending splurge, buying cars and radios and stocks, most for the first time ever. Although we […] 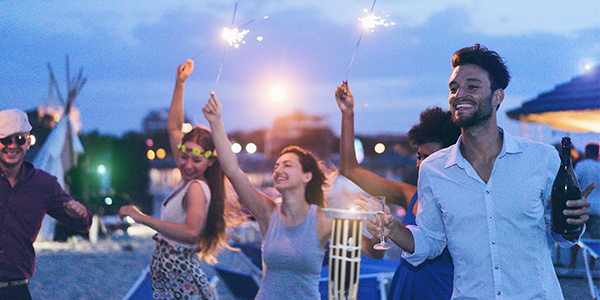