Vice President Mike Pence, the head of the federal coronavirus task force, delivered a clear message to governors about reopening schools. Help us help you, Pence told the state executives during a virtual meeting in early July, stressing that the administration wanted to see children back in the classroom.

“You all build your plan, we’ll work with you,” Pence said, according to a recording of the session. He added, “We’re here to help.”

The next day, Pence’s boss issued a different message to states. On July 8, President Donald Trump accused Democrats of trying to obstruct the reopening of schools for political reasons and threatened retribution: “May cut off funding if not open!” he tweeted.

If Pence felt embarrassed or undermined by the president’s outburst, he did not show it. Indeed, when he held another call with governors a week later, Pence made no mention of the president’s ultimatum, instead reiterating his own more diplomatic plea that states make every effort to reopen their education systems.

Over the past four years, that stark contrast in approach — and the ultimate, unquestioned supremacy of Trump — has defined the political partnership between the president and his running mate. Since Trump plucked Pence from the governorship of Indiana to serve as socially conservative ballast on a thrice-married real estate mogul’s ticket, Pence has grown accustomed to performing such acrobatics, maneuvering around or dialing back in private what Trump bellows in public.

The cumulative effect of Pence’s conduct is to create around him a kind of artificial bubble of relative normalcy, in which the vice president avoids Trump’s most explosive and divisive behavior mostly by pretending it does not exist.

Pence never expresses overt disagreement with Trump — not with his bullying of states and cities, nor with his predictions that the coronavirus will disappear, nor with his blunt appeals to racism, nor with the use of his pardon power to shield his political allies from the justice system.

Nor has Pence ever staked out a major policy position that set him at odds with the president, as Joe Biden — Pence’s predecessor, and Trump’s adversary in the current campaign — did by endorsing same-sex marriage before former President Barack Obama did.

When Pence has diverged, he has done so without repudiating Trump: Last week, after Trump said he welcomed support from believers in the far-right conspiracy theories known as QAnon, Pence said he dismissed the group “out of hand.” But he insisted that he had not seen Trump as giving succor to an online network that has been described as a domestic terror threat.

Former Rep. Charlie Dent of Pennsylvania, a moderate Republican who served in the House with Pence, said that he had seen Pence go “completely outside what I thought was the comfort zone” for a man Dent recalled as fond of telling voters he identified as a Christian more than as a Republican.

“I’ve been, frankly, more than a bit surprised by how accommodating and acquiescent he’s been,” said Dent, who has broken with his party to endorse Biden.

Yet if Pence, 61, does not defy Trump, he has delineated limits to his role that separate him from the president, according to interviews with more than a dozen associates of Trump and Pence, a review of Pence’s public comments and more than seven hours of audio recordings of Pence’s private meetings as head of the pandemic task force.

Pence’s role leading that task force has forced him to juggle the competing demands of state leaders who have faced disastrous viral outbreaks with the decrees of a president who long ago lost interest in managing the spread of the disease.

When Trump handed him the role months ago, advisers to Pence believed it could secure or shatter his political profile. At this point, it is not clear that it has done either, because Pence has so consistently been upstaged by his disruptive boss.

As it is, Pence’s lone opportunity to stand out in the current campaign may come in his October debate with Sen. Kamala Harris of California, Biden’s running mate, whose mission of bringing more vigorous energy and diversity to the Democratic ticket could scarcely differ more from Pence’s more staid political mandate.

In his address to the Republican convention Wednesday night, the vice president is expected to hew closely to a familiar, self-effacing strategy — one devised to keep Pence bonded tightly to the man he hopes to succeed in four years while preserving at least a veneer of normalcy for himself.

“I think the vice president is as loyal a vice president as he could be,” said Brian Ballard, a Republican lobbyist who is closely allied with Trump. He likened the relationship between Trump and Pence to the one between Ronald Reagan, another conservative entertainer-turned-politician, and his deferential running mate, George Bush.

The Reagan-Bush comparison might be instructive in another way, however: Bush was largely sidelined for most of the Reagan years, toiling in often-frustrating, often-unhappy obscurity while he waited his turn to run for the top job. When he eventually did so, his boss of eight years did little to help him navigate a hotly contested Republican primary.

Before the coronavirus halted most in-person campaign activities, Pence routinely traveled Rust Belt states on a sleek bus with the campaign’s logo on the side. He would pop into diners unexpectedly, asking to join patrons at their tables, posing for photos.

Last month, Pence tried to restart that kind of campaigning in Pennsylvania, a state he and Trump carried in 2016 but where Biden has deep political ties.

Visiting a closed corporate office in Malvern, Pence told the small group seated at socially distant intervals around a U-shaped table that between Trump and Biden, “the choice has never been clearer” on the economy.

Then it was on to a Blue Lives Matter rally in Philadelphia, where a few hundred mostly maskless people listened inside the Fraternal Order of Police Lodge No. 5 as Pence excoriated activists and politicians who have called to “defund” the police.

For all his workmanlike competence as a surrogate for Trump, there have still been periodic flashes of job insecurity for Pence. Two years ago, Trump began asking allies and advisers inside and outside the White House whether Pence was “loyal.” He raised the idea of making a change on the ticket with a few advisers, including John Bolton, the former national security adviser, who wrote about the discussions in his recent book.

But people close to Trump saw those queries as emerging from the kind of anxiety Trump attaches to nearly everyone outside his family.

Yet Pence’s political standing is middling at best, and he is not widely seen as an heir apparent. He is less disliked than Trump, but no more popular than the president, according to recent polling.

Eyeing his political future, Pence has made a few tentative attempts at self-promotion — but perhaps so tentative as to render them ineffectual. His aides, encouraged by Republican National Committee officials, had hoped to send Pence for a grand tour of all 50 state delegations at the 2020 convention, the kind of ritual outreach that can forge friendships for a future campaign. But when the in-person convention was scrapped, that broader plan went with it.

More recently, Pence has held a series of luncheons with Republican political consultants, including some who do not work for the Trump campaign, gathering them either at the Naval Observatory or the Trump Hotel in downtown Washington for wide-ranging conversations about the political landscape. People invited to participate have interpreted the sessions as an effort by Pence to expand his brain trust ahead of 2024; Pence aides claimed they’ve been a chance to get feedback for the Trump reelection campaign during a period when the president has been shaking up his staff.

Scott Jennings, a Republican strategist close to the Senate majority leader, Mitch McConnell, said he saw Pence as a “good soldier” but not an overpowering force.

“I don’t think people are going to get out of the way for him,” Jennings said of Pence. “I don’t think he can expect to be anointed simply because he served as vice president.”

Like many other Republicans, Jennings could easily reel off a half dozen or more names of other candidates he expected to run. Indeed, the first night of the Republican convention this week stoked speculation about the 2024 prospects not of Pence, but of Nikki Haley, the former United Nations ambassador, and Sen. Tim Scott of South Carolina.

When Trump asked Pence to lead the coronavirus task force at the end of February, the president described the assignment to some advisers as, at best, a short-term post of questionable significance. The idea was to bring the task force inside the White House, at a time when officials across the administration were beginning to sound alarms about the threat the virus presented.

Initially, Pence’s office moved to take over all communications about the virus, which alarmed health experts and Democrats. Members of the Pence team tried to prove they were being open with the public, and the vice president began holding daily press briefings.

That lasted a few days, until Trump was urged by some of his own advisers to join the briefings in mid-March: The president took over as the administration’s main mouthpiece on the virus, often spouting false information and inflicting political damage on himself.

Pence has operated more gingerly than the president. In his weekly sessions with governors, Pence beams by video into state capitals around the country from the head seat in the White House Situation Room, often flanked by Dr. Deborah Birx and Adm. Brett Giroir. He speaks with fluency on the details of pandemic response and urges states to follow public-health guidelines on mask-wearing and limiting indoor gatherings.

Several of the Republican governors see Pence as trying to be helpful, but ultimately only able to change Trump’s behavior on the margins, at best. Some Democratic governors have gradually stopped participating in phone calls with the task force because they see an exasperating gulf between Pence’s private remarks and the public edicts issued by the president.

Gov. Larry Hogan of Maryland, a Republican who has been critical of Trump, wrote in a memoir published this summer that he had been struck during a visit to the White House by how much Pence’s approach differed from his boss’ on the pandemic.

“Without President Trump in the room, Pence was all business,” Hogan wrote. “Sober. Methodical.”

Pence has made some important commitments he was unable to keep. In early July, Pence assured Gov. Gary Herbert of Utah, a fellow Republican, that the administration would push a “very consistent message” about the importance of wearing masks. That promise did not come to fruition because of Trump’s own inconsistency on the subject.

Indeed, Pence has been photographed repeatedly in recent weeks at crowded campaign events with no mask.

Pence has threaded praise for Trump through his comments to the state executives, though aides to several governors who participate regularly in the calls said there was a general recognition within the group that Trump was scarcely involved.

In the July 28 session, Pence shared with the governors what he described as an encouraging update on the “historic pace on the development of vaccines” for the coronavirus. And while he hailed the role of the Food and Drug Administration, Pence praised one person above all.

“I give all credit,” he said, “to the president of the United States.”

Wed Aug 26 , 2020
Did you know we have an online event about digital marketing coming up? Join the Re:Brand track at TNW2020 to explore the latest brand marketing tech, trends, and challenges. Alex Antolino, the Creative Director at Typeform, will be sharing powerful branding insights and actionable strategies on how to build meaningful […] 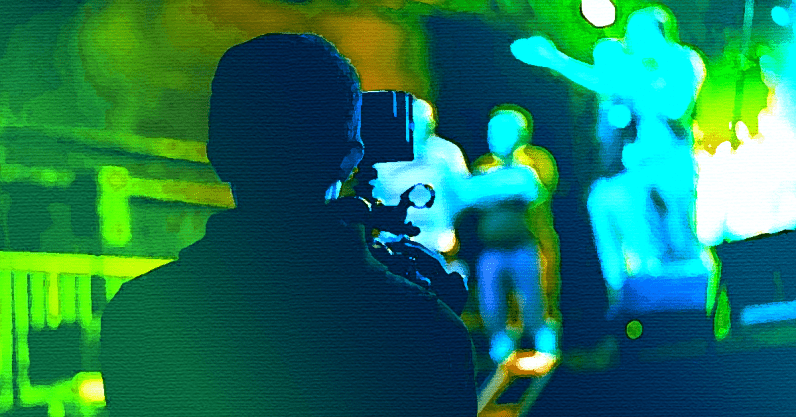