The white-nationalist cat is out of the bag, thanks to Stormfront’s last-episode admission that she’s intent on fulfilling her late husband’s dream of a master (super)race. That, in turn, means The Boys is now free to openly associate the newest member of the Seven — and her fascistic beau Homelander — with Donald Trump, which doesn’t take long in the explosive “Butcher, Baker, Candlestick Maker.”

Episode 7 opens with a young overweight man going through the same dreary daily routine while being inundated with Stormfront propaganda via TV news, podcasts, and online stories and memes. In the face of this endless barrage of Stormfront rants about “supervillain-loving snowflakes” and the need to “Keep America Safe Again,” the guy can’t help but be radicalized, and he eventually snaps by shooting a super-powered convenience store clerk in the head. As in America today, violent rhetoric by leaders begets violent action in the streets.

To combat the growing superhero menace, Congresswoman Neuman will have Lamplighter testify before congress — a plan that Grace has facilitated, and everyone is on board with save for Billy, who refers to the legislative body as “a bunch of corrupt f—ing c—s,” which Neuman takes as a “badge of honor.” Neuman wants to uncover why Vought was experimenting on adults with Compound-V at Sage Grove, and Grace replies that she may know someone who has that answer. After initially ignoring her calls, Billy speaks to his mom Connie (Lesley Nicol), who informs him that she’s in New York City and must see him because his dad has died.

Starlight meets with her desperate-to-reconcile mom Donna at a local coffee shop (Jitter Bean). Still upset that she spent her entire life believing in a lie (i.e. that God bestowed her with her powers), Starlight states, “Mom, the good guys don’t win. The bad guys don’t get punished. What we do means nothing. It’s just all for money, and I’m in the middle of all of it. Alone.” Before their conversation can continue, armed men storm the place, knocking out Starlight and abducting her and her mother. Starlight wakes up in a locked room where her powers have been neutralized.

At a public rally, Homelander and Stormfront rile up the crowd with right-wing phrases, offering “thoughts and prayers” to the recently murdered convenience-store supe, and badmouthing Congresswoman Neuman as an “SJW” (i.e. social justice warrior). Along with outing Starlight as a mole, Homelander says the country used to be beautiful “before these godless inhuman supervillains started pouring across our borders and dragging us down into their mud.” Sound familiar?

Hughie has no stomach for Lamplighter’s X-rated entertainment, and when he learns that Starlight has been apprehended by the Seven and is being blamed for Translucent’s murder, he convinces Lamplighter to get back in the superhero game. Lamplighter has an idea about where Starlight is being held — on the 42nd floor of Vought Tower, where they have supe-proof containment cells.

Billy meets his mom at a hotel and learns that she tricked him into seeing his dad Sam (John Noble), who’s still alive and as surly and unrepentant as ever. The two quarrel over Billy’s dead brother Lenny — and Sam’s responsibility for it — and Sam defends his parental abuse by saying it made Billy the tough guy he is today. Sam also censures Billy for abandoning his brother, which sets things off. Connie has to stop Billy from strangling Sam, who enjoys getting a rise out of his only surviving boy.

Following the rally, Homelander states that keeping Starlight alive is a mistake. Convinced that Starlight can be useful, Stormfront comforts him with, “a common enemy rallies the base. Just trust me.” Homelander takes his new girlfriend to see Ryan. Becca is predictably unhappy with the malevolent super-couple dropping in unannounced. Homelander apologizes for pushing Ryan too far — literally, off a roof — during their last get-together. He praises Stormfront to Ryan and admits, “I want us to be a family.”

Household tensions are also high between Maeve and Elena, the latter of whom remains upset about the plane-crash video. Elena knows this atrocity isn’t Maeve’s fault (because it’s Homelander’s), but she nonetheless can’t handle the truth. Maeve responds by angrily super-flipping a table. Later, with Elena gone, Ashley finds Maeve in bed with a man, smoking dope. Ashley freaks out, but then shows unexpected compassion for her Seven star.

Grace and Mother’s Milk visit Dr. Jonah Vogelbaum (John Doman), who now uses a wheelchair thanks to his surrogate prodigal son Homelander. He claims ignorance regarding Sage Grove and refuses to testify before congress, regardless of the fact that, years ago, Grace didn’t prosecute him in exchange for his cooperation. Interested in keeping his daughter safe at all costs, Vogelbaum proclaims, “Some things are more important than the right thing.” Upon leaving, Grace says she agrees with that sentiment and pleads with Mother’s Milk to give up this vengeful anti-supe crusade and enjoy life with his wife and daughter. He doesn’t appear particularly swayed.

As protestors clash outside Neuman’s apartment, Frenchie (who’s been tasked by Grace with protecting Neuman) watches her from an adjacent rooftop. He tells Kimiko that his mom used cooking as a way to help him weather turbulent familial storms. He expresses interest in hearing about Kimiko’s own family, and she reacts by teaching him his first word in her unique sign language: “Gun.”

At Alastair’s birthday bash, A-Train gives the Deep a gift to make amends for past hostilities, and they hug it out. Alastair joins them, asking their opinion about Eagle the Archer. The Deep praises his Church of the Collective comrade, only to have Alastair inform them both that Eagle is out of the church; he’s a “toxic” person who’s failed the program, and everyone must cut ties with him immediately. This Scientology-esque act of rejection/erasure surprises both the Deep and A-Train.

Billy drops by Vogelbaum’s mansion, and the doctor again refuses to testify. Billy hears that, as a kid, Homelander was sweet until Vogelbaum — needing the boy to become the strongest man in the world — “went to work on him.” Billy can relate to this tale of traumatic fatherly tough love, but it doesn’t deter him from threatening to kill Vogelbaum’s kids and grandkids if he doesn’t cooperate.

Lamplighter sneaks Hughie into Vought Tower and leads him to the conference room. In front of the giant Seven statue that he was once a part of, Lamplighter self-immolates. This sets off a fire alarm that disables Starlight’s cell, allowing her to escape with her newly restored powers. Hughie severs Lamplighter’s hand, grossly, in order to make his way through the tower’s gated areas. He frees Donna from her cell. Starlight is accosted by Black Noir, resulting in a super-fight in the conference room. Black Noir is about to choke the life out of Starlight when Maeve intervenes, rescuing her by stuffing an Almond Joy into the mouth of Black Noir, who has a tree nut allergy — thereby proving Hughie’s opinion that it really is a noxious candy bar. Starlight thanks her, and Maeve goes off in her own direction. Starlight is surprised to run into Hughie and Donna, and she’s moved by the realization that he came to save her.

At Becca’s, Ryan shows off his personal Lego movie adaptation of The Blind Side (one of many he’s made of his mom’s favorite movies, which also include Terms of Endearment and Dances With Wolves). Stormfront asks Ryan if he’s into regular-kid stuff, and when she hears that he hasn’t seen any of his dad’s movies — or visited VoughtLand, which features a Homelander ride — she gives Ryan carte-blanche permission to enjoy any of those entertainments. Recognizing that Stormfront is usurping her authority, Becca speaks in private to Homelander, pleading with him to let her raise Ryan in the sort of stable, safe, loving motherly manner he was denied.

Becca is stunned when, shortly thereafter, she’s confronted by Ryan, — having been given an aerial view of the phony Vought compound-neighborhood they live in — rails at his mom for lying to him. Stormfront soothes an upset Becca with, “Don’t worry, he’ll still have a mother” as she and Homelander fly away with Ryan.

Billy meets with Connie at the Jitter Bean, where she hugs him compassionately; she manipulated the reunion with Sam in order to free him of his dad-centric anger. At a bar, the Deep and A-Train watch news reports about Eagle’s ex-communication from the church, which was facilitated by a leaked sex tape of Eagle “hunting and mounting” a man dressed as a deer.

Everyone watches the Neuman-led congressional hearing, which is attended by Homelander and Stormfront. Vogelbaum makes a surprise entrance as a witness. Before he can speak, however, the lead congressional questioner’s head explodes — followed by the noggins of Vogelbaum and numerous other people in the room. The mysterious perpetrator is clearly the same individual who executed Susan. As chaos erupts, Billy fumes intensely.

Tue Oct 6 , 2020
vail resorts American ski resorts are clamping down hard on the virus with a more stringent approach than in Europe Travel across the Pond continues to be off the cards for British skiers and snowboarders and it remains to be seen if ski holidays in America will be possible this […] 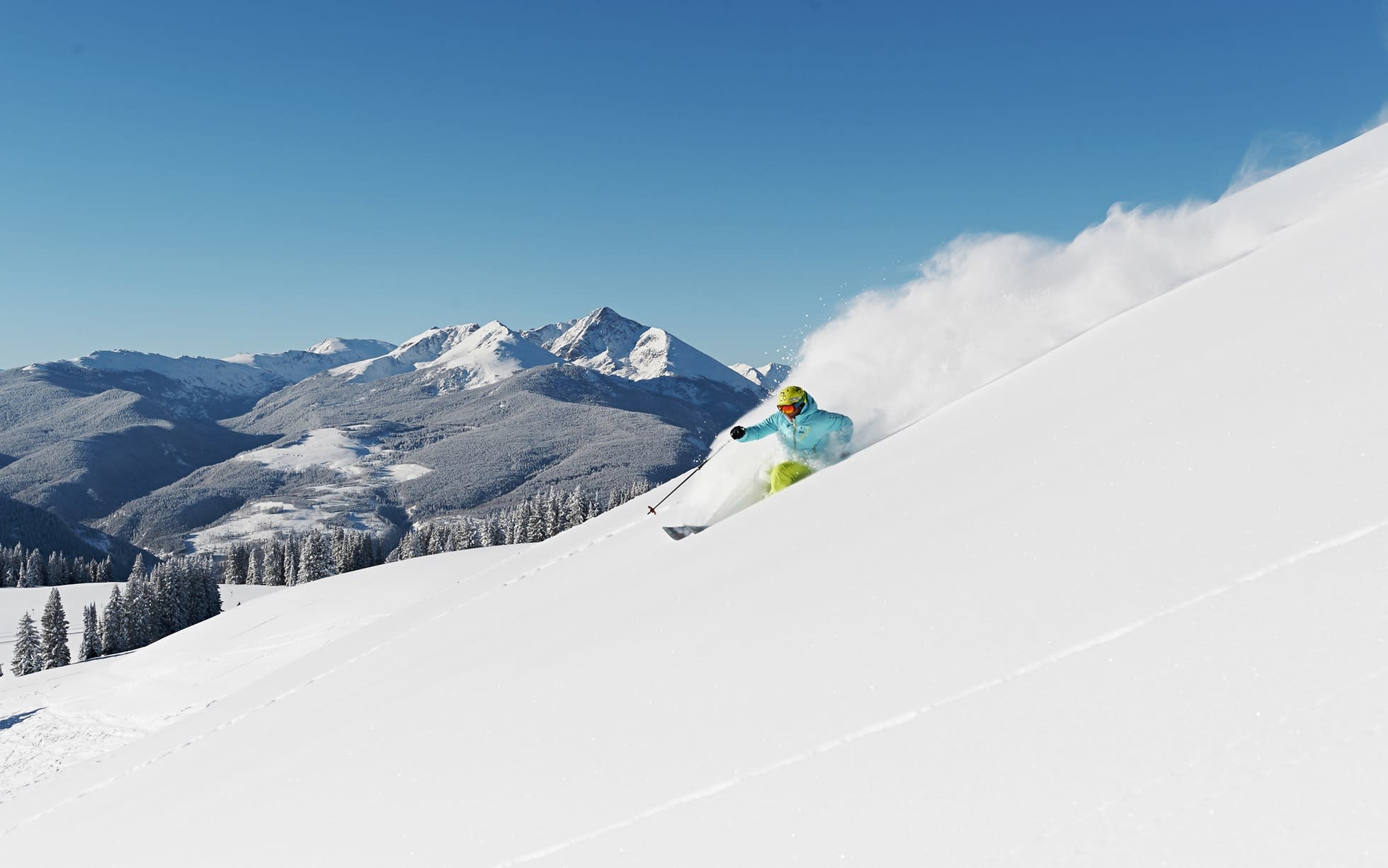