Summer vacation may be stuck in the the backyard this year, but with a fire pit you can still get away from it all—there’s something transporting about sitting around a campfire. Little wonder, then, that during the height of the pandemic lockdown, fire pits were twice as popular in online search as they’ve been in recent years.

We don’t want to toss a wet blanket on your summer fun, but here’s a not-so-fun fact: There are at least 5,300 injuries per year related to fire pits or outdoor heaters that send people to the emergency room, according to 2017 data from the Consumer Products Safety Commission.

So whether you gather around a portable fire pit, a built-in fireplace, a chiminea, or a simple stone-henged hole in the ground, here’s how to play it safe while you’re working on your s’mores game. Ukelele not required (but definitely recommended).

To prevent accidental fires, place the pit far from the house, garage, barn, tool shed and other structures that can burn, says Chuck Roydhouse, a veteran career firefighter and president of the Chimney Safety Institute of America.

Also avoid bushes and trees, railing, fencing, awnings, clotheslines, and electrical wires, which are vulnerable to sparks and extreme heat. “The fire’s heat dries out everything above it,” explains Roydhouse, who has a degree in fire science. “If something becomes dry and brittle enough over time and gets to a certain temperature, it’ll ignite. You don’t even need a spark; the heat alone can ignite it.”

The ideal place for a fire pit would be in the center of a backyard, at least 20 to 25 feet away from anything, Roydhouse says. “With yards that don’t have that kind of space, keep at least a 10-foot buffer zone around the pit,” he adds.

And don’t forget the weather. Try to avoid a windy spot, and never put a pit on a wood or composite deck. If your fire pit is going directly on the ground, clear the area underneath of all foliage, in a circle at least twice the pit’s diameter.

Always place a spark screen on top of the pit once you’ve built the fire. Keep a garden hose on hand as well to douse the flames if they get out of control. Never use a bucket of water. “Dumping water on a wood-burning fire forms a hard crust on top of remaining wood, coals, and ash, and causes a lot of water to run off,” Roydhouse says. “As a result, you may not quench the fire completely, and still have hot coals burning underneath the crust.”

Avoid the softest woods like cedar or pine, which tend to smoke and spark, says Leroy Hite, owner of Cutting Edge Firewood in Atlanta. Get hardwoods like ash, hickory, and oak, which burn the longest. Hickory has a strong, classic “campfire” scent while oak is virtually odorless. You can also try a wood that’s moderately hard, such as cherry, which has a sweet aroma, or birch, which doesn’t smoke or spark much.

Skewer marshmallows on the end of a long, fire-safe, metal rod or grill fork with a heat-proof handle. If all you have is a metal shish kebab skewer, hold it with a pot holder or oven mitt to avoid getting burned. Or, go for long wood sticks that are green inside; they’re less likely to ignite. If you’re after a golden-brown crust, don’t hold the marshmallow over big flames—they toast better over a low fire or hot coals, says Campfire, the marshmallow company.

To douse the fire, spread out the coals, ash, and unburnt logs in the thinnest layer possible. Then set the garden hose nozzle to a wide-spray or “fog” pattern, says Roydhouse, and spray the pit to lower the temperature and cool the area. Saturate the area until the embers die.

You can use a fire pit’s hot embers and grate to cook whole meals, says Sarah Huck, co-author of “Campfire Cookery: Adventuresome Recipes & Other Curiosities for the Great Outdoors.” A foil packet is a good starting point; fill it with cut-up veggies plus a protein, then place it directly in the coals. “Fish, accompanied by thinly sliced potatoes, is great to cook while you’re just sitting around the fire drinking wine,” she says. “The key is to slice things thin, to make sure they cook through.”

Tip: One handy tool for campfire cuisine—a dutch oven. We can tell you about those, too, in this article: Why Every Home Cook Needs a Dutch Oven.

Consumer Reports is an independent, nonprofit organization that works side by side with consumers to create a fairer, safer, and healthier world. CR does not endorse products or services, and does not accept advertising. Copyright © 2020, Consumer Reports, Inc.

Thu Jul 16 , 2020
Photo credit: Instagram/knottsberryfarm From Delish It goes without saying that summer 2020 looks different than the summers we’re used to. With the ongoing COVID-19 pandemic, activities like eating out, going to the beach, and going to amusement parks have been put on hold for the safety of visitors and employees. […] 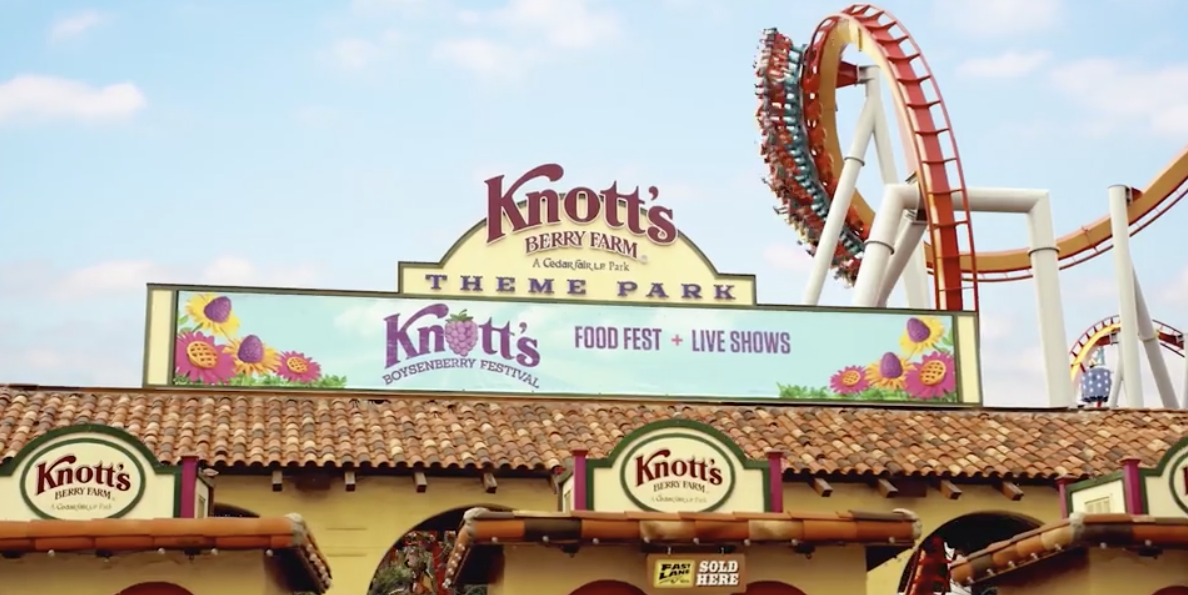