“You have a task before you,” she sympathetically told officials with the state Department of Environmental Protection, which operates the park, “trying to please everyone.”

How very true. Yet, how very important it is for officials to listen to all of the different ideas out there for improving the park experience for as many people as possible and to come up with creative solutions.

The park is at a critical point in its development.

Using Natural Resource Recovery funds – money polluters have paid the state to make up in some way for past sins against our environment – the DEP says it can be ready to put shovels in the ground late next year to start remediating contamination in the interior section and build something new for the public.

The section makes up about 40 percent of LSP’s land area and has been behind chain link fencing since the park opened in 1976. Plans and promises have been floated before, but thanks in part to those NRR funds, this is the first time it feels palpably possible.

At the same time, there’s been a call in recent months for more active recreation in the park to better serve the needs of LSP’s Jersey City neighbors. To their credit, DEP officials expressed an openness to – and, in fact, an interest in — including such amenities in the interior design and/or other areas of the park.

During the virtual public hearing, LSP Superintendent Rob Rodriguez highlighted three possible areas for things like basketball and tennis courts, running tracks and ballfields. All three are at the west side of the park, closest to the Bergen-Lafayette and Greenville neighborhoods: the southwest corner of the interior along Phillips Drive; outside of the interior in a current south end parking area on Morris Pesin Drive; and in the northwest section, again outside of the interior, at Johnston and Jersey avenues, “steps from the light rail” station, he said.

Ray Bukowski, assistant DEP commissioner for natural and historic resources, noted during the hearing that Green Acres grants could also be available to the city, Hudson County and local nonprofit organizations to acquire additional land outside of the park for open space or to make improvements to government- or nonprofit-owned lands.

The officials’ focus during the hearing on paying for the remediation and improvements with NRR funds, other capital funds in the DEP budget and government grants was telling, we hope, because of the other critical moment LSP is facing. Although Liberty National Golf Club owner Paul Fireman has said he has halted his efforts to take over 22 acres of the park for his adjacent golf course, many fear he will dangle funds for these projects in front of state officials’ eyes in exchange for the land grab.

That cannot and should not happen.

As we have advocated before, the Liberty State Park Protection Act should be passed by the state Legislature and signed into law by Gov. Murphy to once and for all end these dances between developers and state officials — with park advocates having to step in and break them up.

The public comment period for the interior plan – and to voice any thoughts about the park – continues through Nov. 6 and breakout sessions on contamination cleanup, active recreation opportunities and other topics identified by the public will be held this fall.

The DEP has its 20-minute presentation from last week’s hearing on its website along with a survey that asks respondents what kinds of things would be important for them in the park. One section of the survey specifically asks about active recreation – baseball, football, soccer, volleyball, skateboarding, track and field or “other.”

Go to nj.gov/dep/nrr and look for the pink box with links to the presentation and survey. Comments can also be emailed to [email protected]

We found it hard to find these links without the exact address and suggest the DEP add a link on its homepage.

We are also concerned that because of coronavirus regulations, people without email or access to the internet are potentially excluded from the hearings, survey and commenting opportunities. We suggest that, at the very least, the DEP give a physical address for mail-in comments and set up a survey area and drop box within the park.

The more voices the better. Then, as Councilwoman Watterman indicated, the DEP must receive them with sincere interest and come up with the next draft of the plan.

Send letters to the editor and guest columns for The Jersey Journal to [email protected] Be sure to include the writer’s full name and town/city of residence.

Mon Oct 26 , 2020
Packing your belongings and taking up a nomadic lifestyle has been a dream for many for quite some time, and per Airbnb’s top travel trends for 2021, some have turned those dreams into realities using Airbnb to live in and work in different locations. Today, Nomadic Matt shares advice on […] 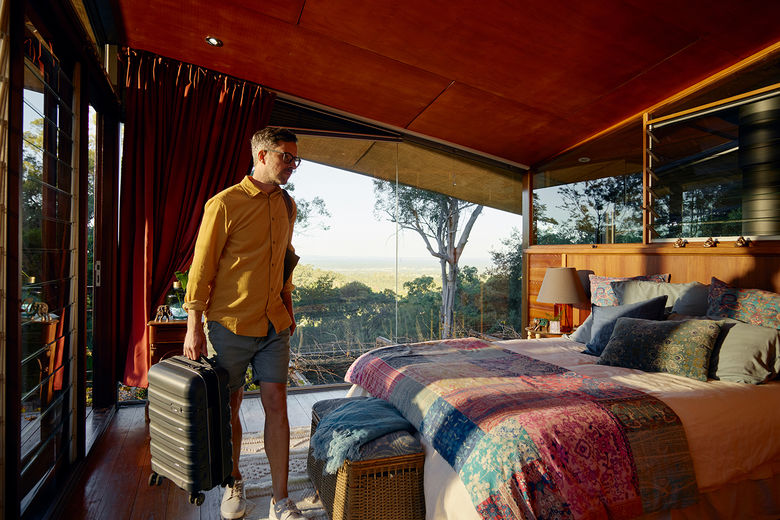