By Tara Thomas-Gettman, for The Gazette

On their third date, Wayne Adams told his future wife, Morgan, about his plan to one day live on his family’s farm.

“He drove me out to the farm, which at the time was basically the old barn and corncrib and told me his dream,” Morgan said.

Nestled in the hills between Arlington and Wadena in northeast Iowa, the farm had been home to his parents, grandparents and great-grandparents. Growing up on the farm, Wayne always planned to buy it and make it his own, which he did in 2014.

Wayne’s family had moved off the farm in 2002, and the original farmhouse had sat empty with the foundation caving in. Although the original house had to be demolished, he could see the potential in the corncrib.

Wayne, now 30, had worked in construction and started his own business, Adams Construction. Morgan, 26, had several years of experience with furniture restoration.

“I began my business, Revivals Furniture Co., where I restore, refinish and build furniture when I was 16 years old and still in high school,” she said.

Morgan met Wayne while she was attending Upper Iowa University in Fayette earning her bachelor’s degree in fine art and graphic design.

Originally from Ionia, in north central Iowa, Morgan grew up in a rural area along the Wapsipinicon River in a big farmhouse.

“I always wanted to live farther into northeast Iowa with the beautiful hills,” she said. “I grew up going trout fishing with my family in the area and truly fell in love with it. You never need to go on a vacation because, where we live, we get to go trout fishing and hunting in our backyard, which Wayne and I love to do together in the spare time we do have.”

Free time was hard to come by once they started work on the renovation project. But with the help of their friends, the couple combined their carpentry and woodworking talents to convert the corncrib into their tiny dream home.

“Wayne drew up the blueprints and changed them as we went,” Morgan said. “We kept the original shape and structure of the corncrib and worked within that space to make our tiny home work. It was extremely difficult to move any of the walls or make changes due to the solid structure.”

“I redid the septic, power lines, water lines and electrical preparing for the conversion of the corncrib,” Wayne said. “I had to figure out alternative ways to do flooring with the uneven floors and original cross braces. Those were hard to work around, but I love how I got to leave them exposed.”

The one-bedroom, one-bathroom house includes a utility room and workshop on the first floor. The living room, kitchen and bathroom are on the second floor, with lofted spaces for the bedroom and storage.

“The kitchen window facing the east is my favorite window because it overlooks our land and the Wadena hills,” Morgan said. “It’s the kind of view you can only dream of.”

There is room for storage in what the couple calls the east loft. It’s where they keep seasonal clothes and holiday décor along with extra pillows and blankets.

“The west loft is our bedroom, not tall enough to stand up in, but cozy with a king-size mattress, lighting and outlets to charge our phones at night,” she said.

A favorite area in the house is the entryway and stairs.

“I wanted to use my finishing technique to turn the new wood on the walls into rustic, whitewashed boards,” Morgan said.

“I love the details in the exposed beams and the hayloft light,” Wayne said.

The home is decorated with a warm combination of antiques and collectibles.

“I wanted the farmhouse look, with lots of antiques,” Wayne said. “We go antique shopping together in the summer when we have time.”

The home also is replete with touches from the original farm.

“Our walls have old tools and things from past generations,” Morgan said. “The light fixture in the living room was created from the original barn trolley. The lights in the entryway were old shades used on the barn. The corncrib’s original beams are also exposed in the design, and we also use the original ladders to get to our bedroom and storage lofts.”

Surprisingly, Morgan recalls only one disagreement with her husband during the renovation process.

“We didn’t take any time off to work on the crib, so we spent all of our nights and weekends working together,” she said. “We had one argument over a stain color we always laugh about because we were both beyond exhausted.”

Advice for others considering a non-traditional renovation project?

“It’s helpful to have the DIY skills and background,” Wayne said.

A firm grasp of your finances and how much you can afford to spend also is important.

And the couple didn’t live in the building when it was under construction.

“We decided to not move in until it was 100 percent done,” Wayne said. “Then we didn’t have the stress of trying to live in a project and got to focus on the details of a small space.”

Morgan also recommends that others “have fun and be creative with your space. Don’t work on making a ‘Pinterest perfect’ home. Create a space that works for you and your future goals. We also designed our home with an addition in mind.”

She estimates they’ve invested roughly $60,000 in materials on converting the corncrib into their home.

And they’re still working on other improvements. Wayne recently built an outdoor gazebo with plans for a garden shed and new shop.

Wayne and Morgan started work on their corncrib house when they were newly dating and finished it as a married couple.

“We decided to get married on the farm once it was completed and sure enough, Sept. 22, 2018, three years later that’s what we did,” Morgan said. “We’re one year away from being a century farm and plan to someday add on and raise our family here.”

She said she and her husband wake up happy every morning in the home “we created just for us.”

Thu Feb 25 , 2021
Six Flags Great Adventure, Wild Safari and Hurricane Harbor in New Jersey today announced that it will raise the wages of many positions for the 2021 season. The parks also released the launch dates for making reservations. The park said it “many positions” will now pay $15 an hour, which […] 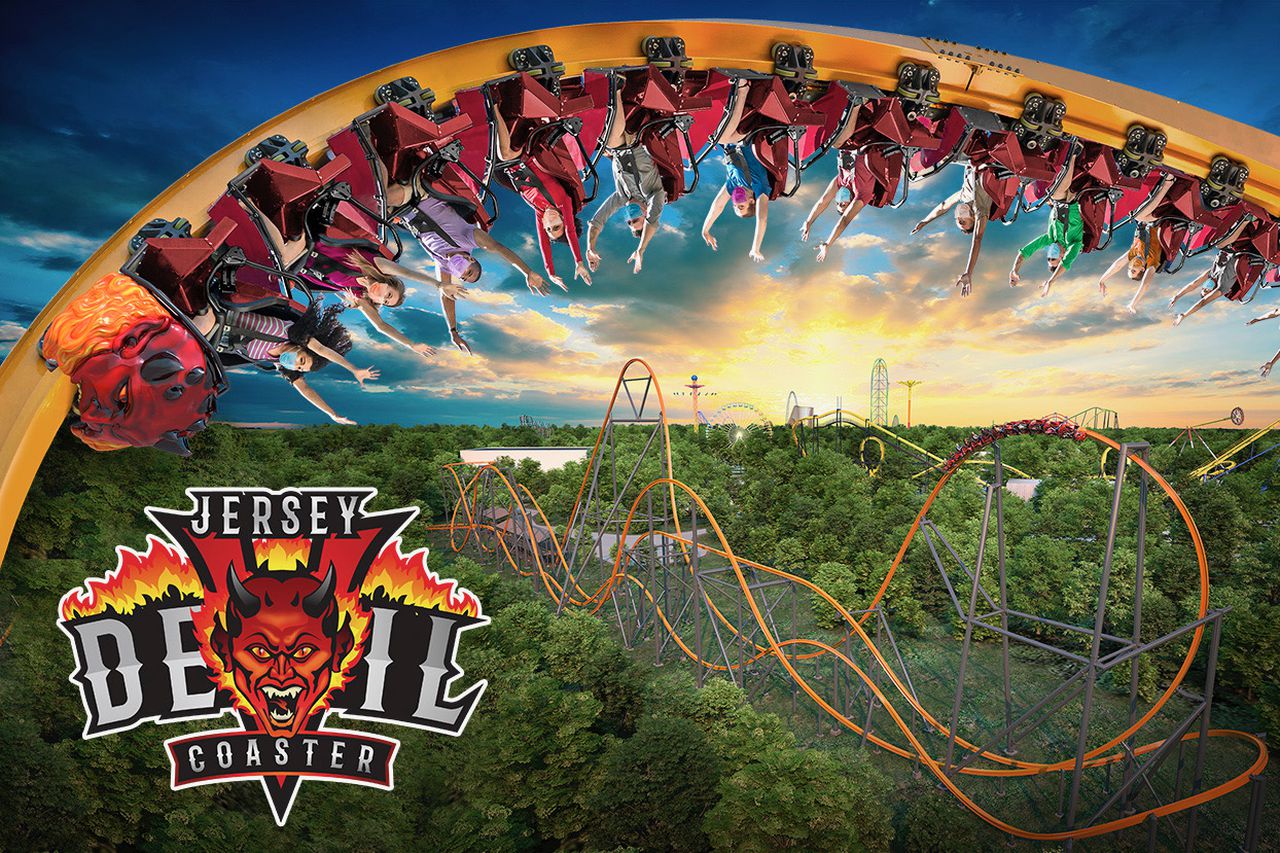