How does a survival expert survive a global pandemic? Adventurer Ed Stafford was certainly accustomed to solitude and anxiety long before Covid-19 sent the world into lockdown. The ex-soldier endured extreme isolation on his record-breaking 860-day trek along the Amazon River in 2008-10, and he later spent 60 days alone on the uninhabited Pacific island of Olorua for his 2013 survival show Naked and Marooned. But what troubled him this year was the loss of the unique mental health rewards derived from travel and adventure.

“I hadn’t realised that the expeditions I do are not just adventures but they also give me perspective on life – and my inability to get that this year has been difficult,” admits Stafford, 44, who lives in the Leicestershire village of Hallaton with his wife Laura – a fellow adventurer – and their three-month-old twins Molly and Milly, three-year-old son Ran and teenage niece Fliss. “My expeditions allow me to go away, meet new people, hear different opinions and reflect. So I have been relying on long runs to give me that perspective. Being cooped up is difficult but running is meditative.

“I’ve also fallen into that middle-aged man trap of losing touch with friends, so I’ve tried to re-rebalance that. My friends challenge me and help me to regain that wider perspective again.”

Stafford has harnessed his survival skills to help him cope with the new stresses of 2020. “Like everyone, the initial fear was of the virus itself but it soon manifested into a financial worry: how am I going to pay the bills?” he admits. “I had two commissions for Channel 4 and Discovery which were put on hold. But I remember thinking the pandemic was like the beginning of one of my survival shows. There is a new landscape up ahead. I’ve got two hands and half a brain. How am I going to deal with this virus? So I went into a ‘fight or flight’ mode: what have I got around me and what can I do?”

Stafford’s survival strategy – whether navigating the Amazon or a national lockdown – is to take small, positive daily actions to protect his health. On his survival shows that means finding food and shelter, but this year he has been doing chin-ups and squats in his garden and jogging across fields instead. “I feel strong and robust, which is how you want to feel,” he explains. “If I don’t exercise, I feel sluggish. And my wife is 17 years younger than me so I need to keep in shape otherwise I am going to get kicked out of my house.”

He has also been using the Headspace meditation app to calm his racing thoughts. “It stops my mind spinning,” he says. “The military say, ‘Get a grip,’ but that’s wrong. You need to let your worries go. They’re just thoughts. They’re not you. If you try to pull everything together, you’ll exhaust yourself.”

He has learned to identify the lifestyle triggers which undermine his moods. “After a Coke, I feel the dip and I become negative,” he says. A lack of sleep also affects him but luckily the twins have been suitably angelic. “We’re bizarrely not exhausted. Because they’re twins, we’ve worked out that if you put them next to each other they kind of comfort each other.”

The adventurer has taken a similarly proactive approach to his work life by launching a new podcast called Dangerous Minds and an online bushcraft course. “It is important to be focused on what we can do, rather than endlessly hoping everything comes good because you have no influence over that. You can have lots of survival strategies but the big one is just to keep going.”

Like many parents, he has struggled without the fulfilment of work this year. “I did three months as a stay-at-home dad while Laura kayaked the Essequibo River in Guyana in 2018 so we’re good at swapping roles. But if I have struggled in the last few months, it’s because I’m restrained from doing what I consider to be my role in terms of providing for my family. I didn’t realise how much my work helped my mental health and my sense of fulfilment.”

Stafford is no stranger to the hazards of solitude. The 60 days he spent alone on an island in 2013 triggered a bout of depression and months of therapy. “If you have any issues, when you experience isolation they are going to bubble up,” he explains. “I remember thinking it might be two weeks before I get lonely but I was almost sick on the beach the day I arrived.”

He learned from psychotherapy post-event that he had gone through life developing a ‘reflected sense of self’, which made any time alone unbearable. “You tell a joke and people laugh, so you think: I’m funny,” he explains. “You’re always reading people’s reactions to sense who you are. So when you are alone on an island with nobody to reflect back, you suddenly go: who the hell am I? It was panic on a level I had never experienced before.”

He says this habit of judging himself through other people’s eyes stems from being adopted. “I would let go of my own needs to make others happy. But we all do it, to a greater or lesser degree, even if it is just needing likes on Instagram. People allow how other people think about them to have too much importance.”

But Stafford found that time alone, however unwelcome, helped him to develop the self-awareness necessary to repair his own identity. In his 30s he had been moody and unreliable – and he wanted to change. “Part of the value of isolation is that you think: well, I suppose I get to decide who I am,” he explains. “Do I want to be the person who lets people down? Or do I want to be an honest man? If I hadn’t gone on that island, I doubt I would have developed the emotional stability that enables me to be a good husband and father.”

Isolation also helped him to identify some harmful habits. “I became aware that my default mood would be angry or impatient,” he says. “Isolation can be an extraordinary tool for self-awareness. Look at the things you do: maybe you keep putting yourself down, or maybe your thought loops are not conducive to staying buoyant, but you weren’t aware of it.”

Solitude was once Stafford’s kryptonite but, in small doses, it has now become a source of revitalisation. “Being alone is actually my little reset at the moment,” he explains. “I have been learning Mandarin when I get moments in the car and enjoying my jogs and workouts. It is always harder for mums and dads as it feels like you’re being selfish. But I have learned that when you invest a little time in yourself you have more to give to your family.”

Catch up on the second series of Ed Stafford: First Man Out on Discovery+

Thu Dec 31 , 2020
the 50-acre Sycamore Creek Farm owned by Tony and Patti Cifelli in Hopewell has been designated for permanent preservation, the D&R Greenway Land Trust has announced. Tony and Patti Cifelli raised their two children on the land. With the couple’s recent move to North Carolina, son Pete purchased the farm […] 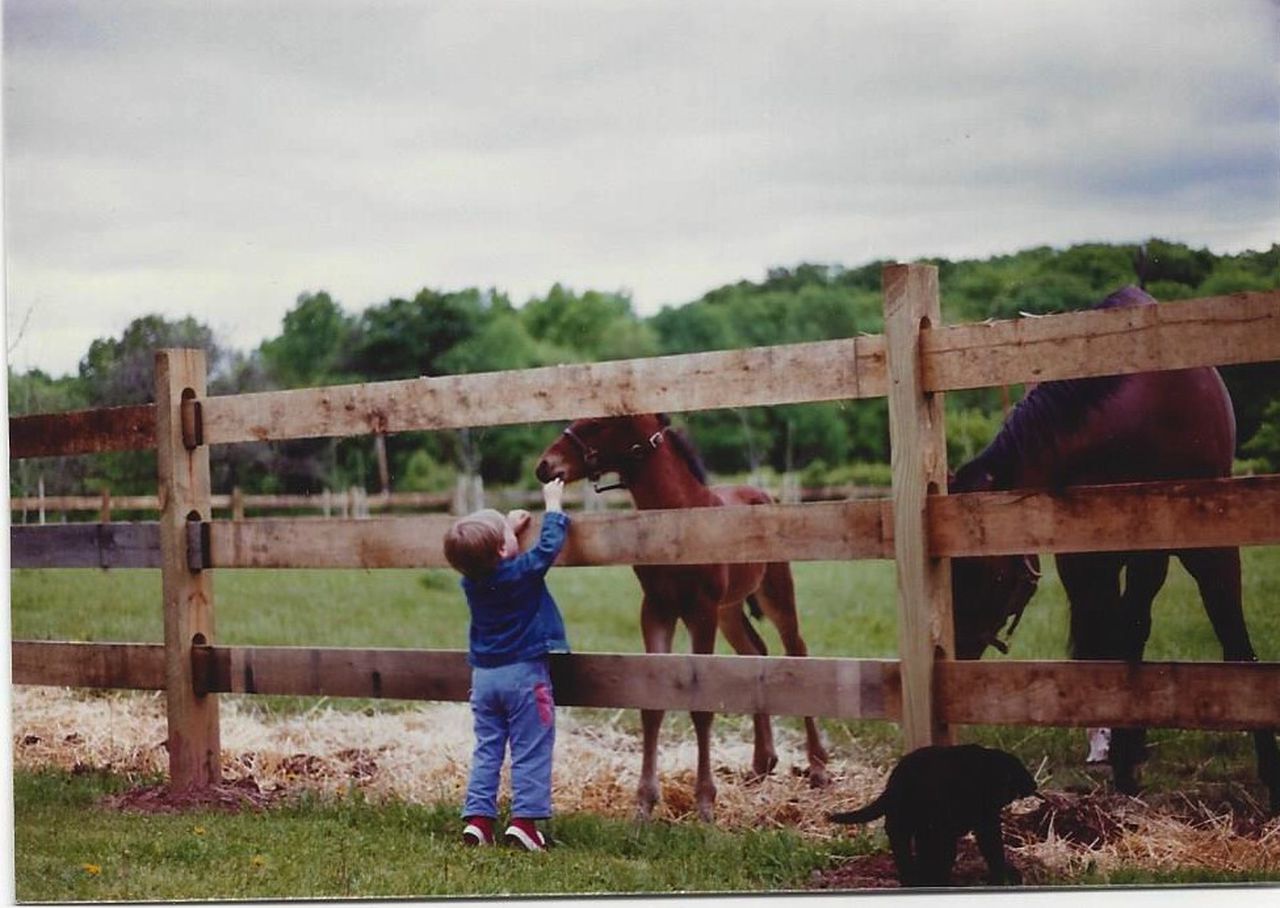