BERLIN—The new coronavirus variant that is spreading across the U.K. could make it more difficult to reach so-called herd immunity, according to the chief executive of

the German company that developed the Covid-19 vaccine with

British authorities have said the new variant of the coronavirus is more contagious than the existing one—prompting a raft of countries to cut off travel to and from the U.K.

A more contagious version of the virus means a greater number of people than originally expected would need to be vaccinated to halt its spread, said Ugur Sahin, CEO of BioNTech. The Pfizer-BioNTech vaccine is now being deployed in the U.S. and U.K. and is expected to roll out in the European Union from next week.

Herd immunity occurs when a sufficient proportion of a population has been immunized by vaccination or after having been infected, effectively ending the disease’s spread. The threshold at which herd immunity is achieved varies between diseases.

That threshold is related to the speed of the viral spread, known as R. Most experts agree the herd immunity threshold for coronavirus is between 60% and 70% of a population.

Should the new variant—which is believed to have originated in the U.K. but has now spread in small numbers to a handful of other countries—boost the R number of the virus, the threshold for collective immunity will go up and governments will need more vaccines to stop contagion, Dr. Sahin said Tuesday.

“If the virus becomes more efficient in infecting people, we might need even a higher vaccination rate to ensure that normal life can continue without interruption,” he said.

If the new strain becomes prevalent and boosts the R number, countries may face further outbreaks even after 70% of their population has been immunized, Dr. Sahin said. But, in that case, the severity of the spread would be greatly reduced, allowing for a gradual return to normal life, he said.

More on the New Covid-19 Variant

The Pfizer-BioNTech vaccine, which has now been administered to over one million people world-wide, is highly likely to be effective against the new coronavirus variant, Dr. Sahin said. It will take about two weeks to confirm that through testing, he said, adding that the company will publish the resulting data.

“We have scientific confidence that the vaccine might protect, but we will know it only when the experiment is done,” he said.

Pfizer and BioNTech’s vaccine works by injecting genetic material known as messenger RNA, or mRNA, into the body, which then alerts the immune system to a protein used by the virus to cause infection. The variant that was discovered in the U.K. has nine mutations, Dr. Sahin said, but only 1% of the protein targeted by the vaccine has changed—making it unlikely the vaccine could become less efficient.

The vaccine has already proven effective against 20 other known mutations that appeared in recent months, he added.

Should a new mutation render the vaccine ineffective, BioNTech can develop another tailored to the new coronavirus variant in six weeks, according to Dr. Sahin. It is, however, unclear whether regulators such as the U.S. Food and Drug Administration would require a new vaccine to undergo fresh trials and a new authorization process.

In Europe, the BioNTech-Pfizer vaccine will as of this week be marketed under the brand name Comirnaty. Dr. Sahin said the name was derived from the words Covid, mRNA, community and immunity.

Tue Dec 22 , 2020
A large Northern California church has established what it is calling a “freedom fund,” designed to dedicate thousands of dollars to local businesses as most of the state has landed back in an economic shutdown. But the fund isn’t for businesses that have closed their doors. It’s intended chiefly for […] 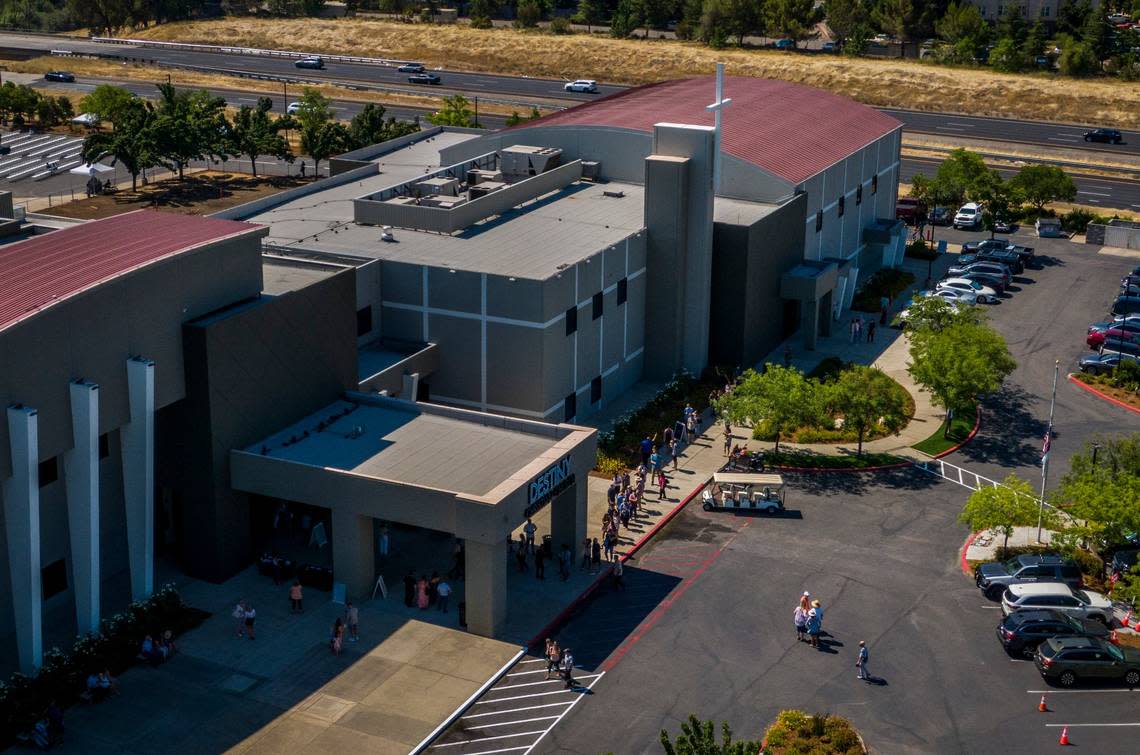