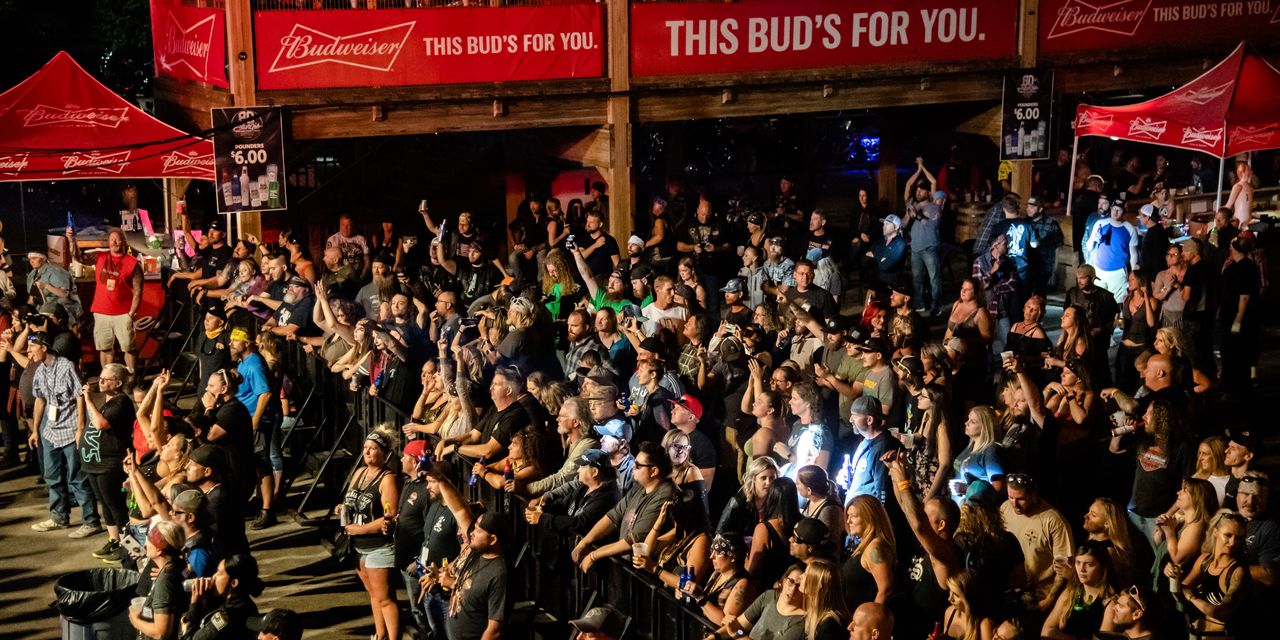 The coronavirus is spreading across the U.S. for a number of reasons, including family and social gatherings ranging from dinner parties to weddings, as well as eased shutdown restrictions nationwide.

For months during the pandemic, Natasha Miller, chief executive of the San Francisco-based event company Entire Productions, has dealt with cancellations of in-person events and clients shifting to virtual gatherings. Recently, however, requests for in-person gatherings have increased.

A Los Angeles client asked her company to plan a 30-person Halloween party complete with large-scale lighting, models wearing body paint and characters that walk around. Attendees will get rapid tests before entering.

“I don’t want to be the person who has planned or participated in any kind of superspreader event,” she said.

Public-health officials in the West said they are trying to balance not being too stringent with measures meant to mitigate the virus’s spread, while also stressing the importance of mask wearing, social distancing and getting a seasonal flu shot.

Camarin Zanger, 22 years old, went back to the gym in September after months of closures and is gradually returning to her pre-pandemic powerlifting strength regimen in the hopes of becoming a paid athlete.

Earlier in the pandemic she lived with her husband and mother-in-law as well as an 80-year-old relative, which meant the family was unable to have guests. Now the couple have moved into their own apartment in Lone Tree, Colo., which has given them more freedom to resume some of their normal activities as more businesses and restaurants reopen.

They joke that masks are like underwear—you can’t leave home without it.

A recent tweet from the Colorado health department about rising case numbers, however, made her fear that gyms might be forced to shut down again.

Note: Trend indicates whether a state had an increase or decrease in total number of cases in the past seven days compared with previous seven days. Last updated

Note: Last updated on Negative values are
due to revised figures.

“My hope is the gyms don’t close, but if it’s because people are dying you don’t want to be selfish,” she said.

The virus is spreading in places that have previously experienced surges as well as in less densely populated locations that Covid-19 hadn’t yet reached. The U.S. reported 83,757 new cases Friday, a single-day record. And the seven-day average of new daily Covid-19 cases is now rising faster than the 14-day average in 42 states, indicating a spread of the coronavirus. The trend has lasted for 45 days in Wyoming, 40 days in Idaho and more than a month in Alaska, New Mexico and Minnesota.

By contrast, there were fewer than 20 states in mid-August in which the seven-day average of new daily cases was higher than the 14-day average.

Mayors of the largest towns in South Dakota earlier this month wrote an open letter to the public, asking people to wear masks when social distancing isn’t possible and keep social gatherings to small groups.

After the 10-day Sturgis Motorcycle Rally drew more than 400,000 to a small town in South Dakota in early August, some researchers have called it a superspreader event.

Weddings are one form of gathering that are slowly resuming across the country with varying degrees of social distancing and mask-wearing.

More than half—52%—of 2,000 couples with wedding dates between April and August rescheduled their receptions, according to a spring survey by The Knot, the wedding-planning website. By September, in a separate survey of more than 680 couples with weddings scheduled between that month and January, 35% said they were postponing their events.

Candice Wilson, 35, regrets attending her best friend’s July wedding in St. Louis, where she thinks she contracted Covid-19 from a fellow bridesmaid who wasn’t yet experiencing symptoms. Ms. Wilson said she wore a mask throughout the rehearsal dinner and didn’t eat her meal at that event to avoid taking off her mask.

The next morning, the wedding party gathered for hair and makeup appointments. Their temperatures were checked, and no one was experiencing symptoms. The group traveled in a chartered van to a hotel to get ready, but didn’t wear masks once their makeup was done to avoid smudges during photo shoots and the ceremony.

“It was always in the back of my mind even though it’s a joyous occasion,” she said. Five days later the bride texted her, urging her to get a test, which came back positive. She later spread the virus to her children.

What activities or gatherings that you went to regularly before the pandemic have you resumed attending? Join the conversation below.

“I didn’t know what I know now,” she said, regarding how hard it is being sick with Covid-19 and how long it can take to recover. “I wouldn’t have gone to the wedding, best friend or not.”

In Minnesota, the state-health department said last week it had identified 77 cases directly linked to a wedding in the state in late August. In Maine, there were 178 cases and eight deaths linked to an Aug. 7 wedding and reception in the northern part of the state as of last week, according to a spokesman for the state’s Center for Disease Control and Prevention.

Kirby Kruger, director of disease control at the North Dakota Department of Health, said 20- to 29-year-olds are the leading age group for Covid-19 diagnoses in his state, which has seen the virus spread to rural communities. The agency is trying to stress to the public that those younger people can ultimately infect vulnerable populations, he added.

Transmission has occurred in a number of settings including K-12 schools, large events such as wedding celebrations, gatherings in bars or restaurants and school sporting events, Mr. Kruger said. There is no statewide mask-wearing mandate.

“We’re a fairly independent bunch here in North Dakota,” he said. “We’ve been trying hard to push that masks do make a difference.”

Get a coronavirus briefing six days a week, and a weekly Health newsletter once the crisis abates: Sign up here.

—Anthony DeBarros and Jon Kamp contributed to this article.