(Bloomberg Opinion) — Since 2016, the U.S. has been seeing declines in the number of new foreign students coming to study at colleges and universities here. Likely culprits include currency fluctuations, stronger competition from other English-speaking countries, big cutbacks to Saudi Arabia’s once-huge study-abroad program and, yes, the foreigner-unfriendly policies and rhetoric of President Donald Trump.

Still, there didn’t seem to be too much cause for alarm. The sharp rise in foreign-student enrollments in the first half of the 2010s had been the product in part of desperation, as public universities struggled to make up for cutbacks in state funding after the Great Recession, so some modest pullback was probably healthy. Also, the decline had seemed to be ending. The 2018-2019 new-student numbers were barely down from the previous year. The Institute of International Education won’t release full numbers for the 2019-2020 academic year until November, but State Department visa-issuance data seemed to show a pretty stable picture through the end of last year. Then came Covid-19.

U.S. consulates only started reopening for regular visa issuance in July, so the numbers will surely be much bigger for August and September, the last two months of the government’s fiscal year. But even if they return to last year’s levels the full fiscal year’s numbers will represent a precipitous fall.

I separated out China in the chart because the big drop in visa issuance to Chinese students in fiscal 2016 was due not to a drop in the number of Chinese students but to a U.S. policy change that meant they no longer had to reapply for visas every year. Then, in 2018, the U.S. reinstated that requirement for some Chinese graduate students. Visa-issuance numbers have their complications!

Still, there aren’t a whole lot of other numbers available just yet on the impact Covid-19 has had on international-student flows. A July IIE survey of 520 U.S. colleges and universities found that half said international applications had declined this year and 24% said they’d gone up, and noted that 57,555 new students had accepted fall enrollment at the smaller group of 286 institutions that reported this information, but could give no indication of how this number compared with last fall’s enrollment at those institutions. Also, many of these students won’t be coming to the U.S. this fall in any case. If they’re new undergraduates at universities offering only virtual instruction this semester, such as Harvard, Princeton and Stanford, they can’t come. The Trump administration backed off on its plan to revoke existing visas of students at institutions going online-only this fall, but it won’t grant visas to new students at those institutions.

But that’s life in a pandemic, right? Once things are safe again, smart kids from all over will surely come pouring back into the country with eight of the world’s 10 best universities, according to Times Higher Education’s most-recent ranking. Right?

Well, those eight universities(1) likely won’t have much trouble continuing to attract international students. Neither will a larger number of graduate programs in engineering and sciences that can offer scholarships and stipends to lure top talent from all over the world. A lot of other institutions and programs might struggle, though.

In an enlightening essay published last year, Canadian higher education consultant Alex Usher differentiated between two main motives for international student recruiting: talent acquisition and surplus cash generation. The U.S. has long focused on the first, and continues to be quite successful at it. The second approach was pioneered by the U.K. in the 1980s, and finally made it to the U.S. in a big way in the 2000s at private institutions and in the 2010s at state universities.

The U.S. colleges and universities that were relying on foreign students to help pay the bills had been seeing the biggest declines in new enrollments since 2016, Usher wrote, attributing this to a combination of (1) much-higher prices than in English-language competitor countries, Canada in particular, and (2) the Trump presidency. The latter’s impact is hard to quantify with much precision, but there have certainly been declines in the international reputation of the U.S. and many complaints from universities about less-accommodating State Department student-visa policies since Trump took office.

The relatively shambolic U.S. response to the coronavirus pandemic may prove to be another strike against it for foreign students and their parents, especially relative to Australia, Canada and New Zealand, which have been far more successful in thwarting the spread of Covid-19. (The U.K., has had a higher per-capita death toll from the virus so far than the U.S., but if current trends continue that will change soon.) On the other hand, the U.S. dollar has declined a lot since March against other major currencies — in part because of that shambolic coronavirus response — thus driving down the cost of attending college here.

When I checked in with Usher, he was of the opinion that the country’s poor Covid performance wouldn’t have that much negative impact on U.S. universities, but that the re-election of Trump could. In any case, he emailed, “the line between ‘prestige institutions that do fine’ and ‘less prestigious institutions that will not’” will probably keep moving in the wrong direction for U.S. colleges and universities, especially as demographic trends both here and overseas cut into the numbers of potential students whose families can afford to send them here.

Amid all the personal suffering and economic pain in the U.S. this year, the fact that some colleges won’t be able to land as many affluent international students as they used to is maybe not the biggest deal in the world. And yes some institutions overdid it with recruiting from China in particular in the 2010s, bringing over so many students with such limited English-language ability that the usual benefits of international exchange didn’t entirely apply. But in general international students are a boon to the universities they attend and the communities around them. As an inhabitant of a neighborhood near Columbia University in New York that over the past five years has added several great Chinese restaurants and a Korean supermarket, I know they have enriched my life.

What’s more, the U.S. success in attracting international students has in recent years been a factor — not a huge factor, but noticeable — in keeping the country’s trade deficit steady. Spending by these students shows up in the Bureau of Economic Analysis’s international accounts mainly as education-related travel, and the $30-plus billion annual trade surplus the U.S. has been running in such travel in recent years amounts to about 11% of the country’s overall services-trade surplus, and 0.15% of gross domestic product.

Finally, there’s the soft power inherent in being a country where top students from around the world want to study, and some decide to stick around. It at least feels like the U.S. has lost a bit more of that attractive power over the past six months. We’ll find out over the next few years just how much.

Justin Fox is a Bloomberg Opinion columnist covering business. He was the editorial director of Harvard Business Review and wrote for Time, Fortune and American Banker. He is the author of “The Myth of the Rational Market.”

For the brilliant Diana Rigg, playing the smartest person in the room was second nature

Fri Sep 11 , 2020
English actress Diana Rigg poses for a photo session at Cannes film festival in April 2019 in southern France. (Joel Saget / AFP via Getty Images) It is the rare artist who is known for and cherished, equally and by substantially different audiences, for the first and last big things […] 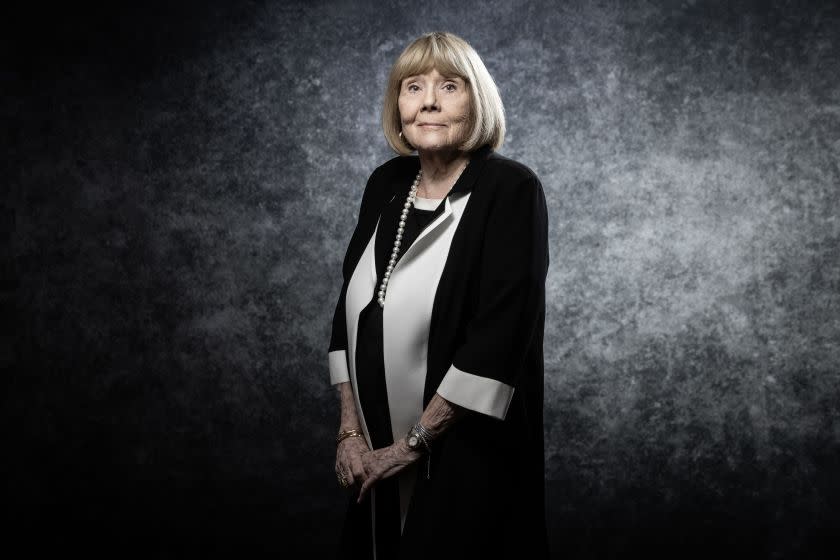