Actress Megan Drust alleged to CNN that the incident happened in 2011 after she met D’Elia at a restaraunt in Los Angeles with a mutual friend. After dining, Drust said the comedian asked for a ride home, and she alleged that when they got into her car, he unzipped his pants and exposed himself.

Drust said she initially felt “safe” with D’Elia and didn’t mind giving him a ride home. “That’s what you do, at least that’s what I did, you mark certain people as safe,” she told CNN.

“I remember saying, ‘You’re defiling my car.’ I didn’t want to make him mad or upset because you’re in survival mode, you know? He climaxed in his pants and then he zipped everything up and I said ‘What’s wrong with you?'” Drust said in the report.

Drust said D’Elia then got out and “shut the door and kind of stood towards the hood and looked at me without saying anything and then just walked away.” Afterward, Drust cried during her drive home, she told CNN.

The second woman, who asked to remain anonymous, alleged to CNN in the report that her encounter with D’Elia happened when she was working as the manager of the Kimpton Schofield Hotel in Cleveland, Ohio in 2018, when she was 24.

D’Elia was a guest at the hotel as he was set to perform at the Cleveland Masonic Theater, she told CNN. The woman alleged that she received a call from the comedian at midnight. When the woman went to D’Elia’s room to check in on him, he opened the door “and he was completely naked,” she alleged in the report.

“I was surprised, and I was annoyed that I just came all the way up so he could expose himself to me,” the woman told CNN. She quickly went back down to the front desk, only for D’Elia to allegedly call her again.

“He told me I needed to come back upstairs to help with his air conditioner and I told him he would need to wait for the electrician the following morning and I hung up,” she told CNN.

The woman explained that she noted the incident in her manager on duty report and was “made to feel like it wasn’t a big deal because this isn’t really an uncommon thing to happen in the hotel business.”

The Kimpton Hotel Group said in a statement to CNN, “No incidents of guest misconduct were reported by guests or staff at the Kimpton Schofield Hotel during the dates in question.”

Vitarelli, who was 19 at the time, and a friend were excited to meet D’Elia after one of his comedy shows at Levity Live in West Nyack, New York. Vitarelli and her friend took photos with the comedian and alleged that they exchanged numbers, with D’Elia inviting them to a party. The address for the party “turned out to be his hotel,” Vitarelli told CNN.

However, Vitarelli alleged that when they arrived, “There was no sign of a party at all. He said he was going to make us drink and her and I were both a little nervous because it really didn’t look like he was about to throw a party. There was nobody else there.”

Vitarelli alleged things took a turn when D’Elia started “groping” her and her friend. She claimed that when they tried to leave, the actor “followed us to do the door.”

“‘Are you sure you want to leave?’ And he pulled out his penis and it was fully erect,” Vitarelli alleged to CNN. “It was very uncomfortable for the both of us, and we knew we had to get out of there so we left as fast as we could.”

The comedian also, however, apologized for his behavior.

“I really am truly sorry. I was a dumb guy who ABSOLUTELY let. myself get caught up in my lifestyle. That’s MY fault. I own it. I’ve been reflecting on this for some time now and I promise I will continue to do better,” he said in the statement.

online.rainn.org.” data-reactid=”77″>If you or someone you know has been sexually assaulted, please contact the National Sexual Assault Hotline at 1-800-656-HOPE (4673) or go to online.rainn.org.

Biden to travel to flashpoint city of Kenosha

Wed Sep 2 , 2020
Democratic presidential challenger Joe Biden will travel Thursday to Kenosha, Wisconsin — the city at the heart of fresh US protests against racism and police brutality — in a push to help it “heal” after a controversial visit by Donald Trump. “This is about making sure that we move forward,” […] 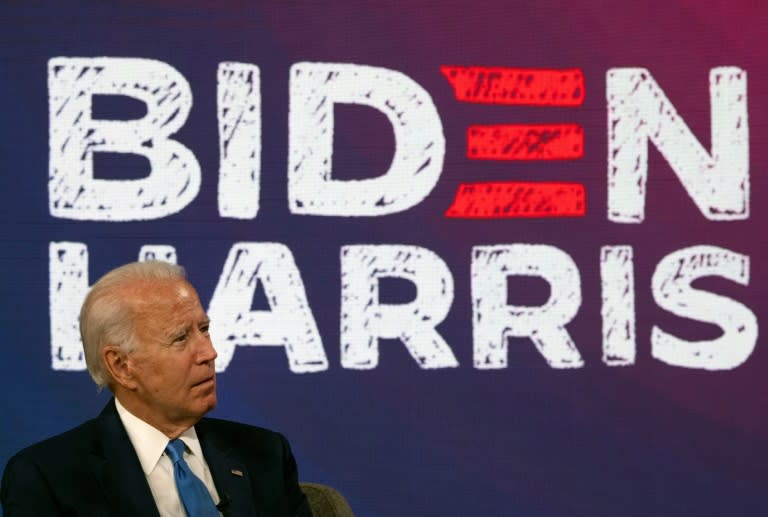