Dale Pearson is no stranger to adventure — often with an element of danger — such as working with Discovery and History channels on deep ocean dives, including hunting and wrestling a giant Humboldt squid.

About 10 years ago Pearson, or Dirty D as he is known on stage, dusted off his saxophone, which he had taught himself to play in his twenties. He recently began performing with a local cover band, presciently named The New Normal, which played at local bars such as Pal Joey’s, Full Circle Saloon, Tin Roof, Navajo Live, Kraken and others.

When the pandemic silenced their nightclub gigs he started making his own music. “That’s how I found BandLab, the ultimate spot for musicians to meet up and record music in a virtual studio,” he says. BandLab, in turn, is how he became one of 22 musicians — living on all seven continents around the globe — who composed, performed and recorded an album of original songs that would make a claim to history.

BandLab is an online app allowing musicians anywhere to hook up together and record music from home — simply by using their smart phone or laptop.

In little time Pearson created about 40 original sax melodies and posted them on BandLab and online sites, adding the hashtag, #saxophone, so sax enthusiasts could stumble across them.

It just so happened that #saxophone was exactly what musician and band member Matt Smith, across the country in Columbia, Md., was searching for late last August.

“I used keyword searches and hashtag searches for saxophone, and in less than three hours, I went from not knowing Dirty D to having him play an incredible sax solo for our song ‘Bad Education!’, Smith noted in a BandLab blog.

Smith came up with the idea of this unusual international collaboration after the pandemic put the skids on the bookings of his band, Toast.

“I remember walking outside my house in Columbia, and an idea suddenly popped into my head,” Smith noted in the blog. “What if we take the Sonic Highways concept that Foo Fighters had of recording music with artists from several cities in the United States.” His idea quickly expanded to international scope and then to getting at least one musician from every continent to participate.

That gave birth to the group name Intercontinen7al, with the 7 substituting for “t” in recognition of the seven continents. Not only would music be created virtually during the pandemic, it also would be used as an instrument to raise funds for charity — in this case, the GoFundMe-created COVID-19 Relief Fund.

BandLab functions a bit like a Facebook for recording artists, putting them virtually in the same room to collaborate. All Smith had to do was find the musicians.

He started by contacting friends and fellow musicians, then he conducted listening searches online for artists and instruments he felt fit the concept. Enter Dale Pearson.

“I thought this guy was kind of crazy,” Pearson laughs. “Who would think to do that?”

The biggest challenge Smith faced in recruiting band participants was Antarctica, populated by scientists and back-up staff numbering fewer than 5,000 and cocooned in research stations.

When his search concluded, Smith found not one, but two talented musicians by directly emailing about 25 research outposts.

When the project was completed, with each performer building on the work of other musicians via the app, they produced 12 original songs by the geographically diverse group. Most had never met nor even seen one another virtually.

Smith is now working with Guinness World Records to get recognition in its annual record book.

“We believe we may be the first artists to create and record a song that includes music from all seven continents — the song ‘Manor Hill’ — and are currently in the application process,” he told me.

The Intercontinen7al album is now being streamed on iTunes (http://bit.ly/Intercontinen7almusic), Spotify, SoundCloud, Amazon, YouTube and other sites.

“We have songs now with tens of thousands of streams on them,” says Pearson, who is impressed with the quality of the production.

Intercontinen7al isn’t disbanding after its one-time accomplishment. The east El Cajon sax player already is participating in Intercontinen7al’s second album, to be released this summer.

This time, the “band” has expanded to 40 musicians across the seven continents. “The tracks were actually recorded on those continents,” Pearson explains. “What’s coming out is amazing.”

He has played in at least five new songs that he hopes will make the cut for album No. 2.

“Everything I do is in one or two takes,” says Pearson. “I play a song two or three times to get the feel of where the sax should be and where to harmonize and then I hit the record button and play.”

“Ridiculously talented people are getting involved in the band,” he notes. “We have a world-wide pool of musicians.”

Profits of future recordings will benefit a variety of charities, Smith said.

Who knows, what began as a pandemic project might become a band of the future made up of musicians who, for the most part, remain strangers.

“I’ve only spoken with Matt one time on the phone,” says Pearson. “We all communicate through our music, and he lets you add whatever you want. He doesn’t try to railroad or direct anyone in an artistic manner. I’ve been lucky just to be part of it.”

The biggest shows and movies coming to Netflix in spring 2021

Tue Apr 6 , 2021
Planning your next season of streaming? Netflix has you covered.  This spring, the streaming service is dropping tons of new series and specials, as well as making good on its promise to deliver new films to subscribers every week of 2021. We’ve got horror movies, reality shows, sci-fi thrillers, superhero […] 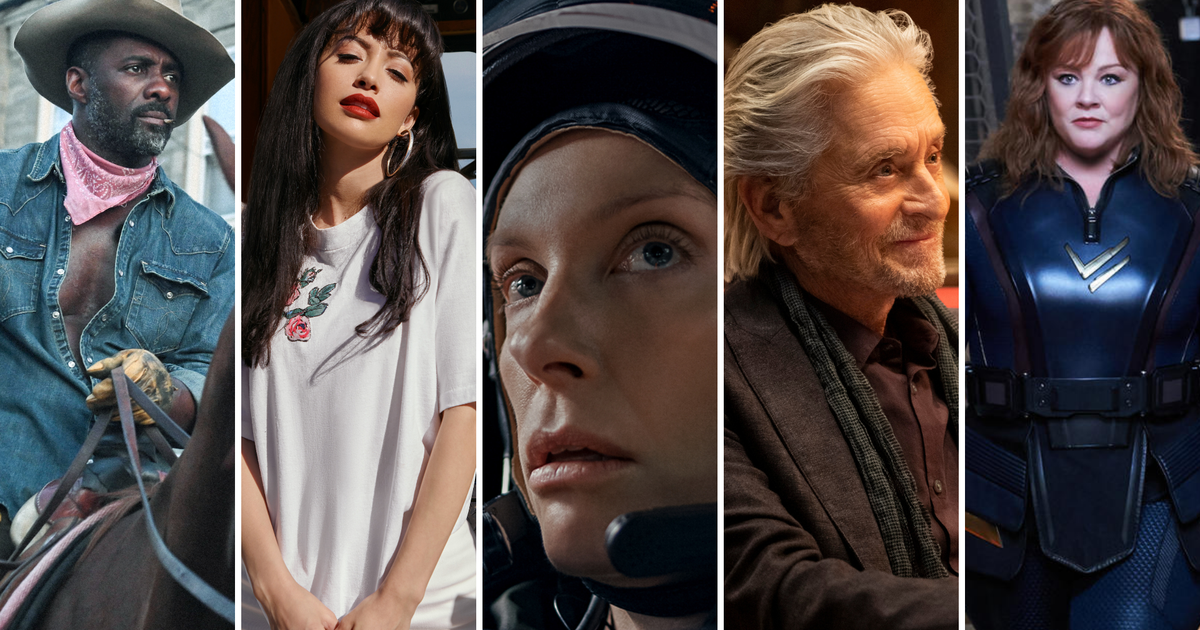