Every Tuesday and Thursday morning, Gomi Zou signs onto her computer to virtually attend her communications class: a recorded lecture voiced by her professor against the backdrop of a black screen.

“I spend five hours each weekday watching lectures on my computer, which doesn’t include prep and doing assignments for classes,” she said.

Zou, 22, is a senior taking online summer classes at the University of California, Los Angeles, which plans to offer classes in person with the option of remote learning this fall. Along with millions of college students across the United States, she transitioned to online instruction when college campuses closed to curb the spread of the coronavirus back in March.

For students like Zou, taking online classes was a difficult adjustment. Many were devastated to leave campuses prematurely, part ways with friends, and finish the rest of the semester over Zoom calls. Some reported concerns about a diminished quality of instruction. Others thought the decision to suddenly close campuses didn’t consider the needs of low-income students who lack the resources to go home or had poor access to Wi-Fi.

Now, as universities unveil a patchwork of reopening plans ranging from in-person learning, remote classes or a hybrid model, college students are caught between a desire to return to campuses despite lingering coronavirus fears, or to continue remote learning while missing a more traditional college experience.

Zou doesn’t want to risk the danger of returning if her classes are in-person but, she said, despite having a routine in place, long-term remote learning is unsustainable.

“No matter which way you slice it, it’s just a lose-lose situation,” she said.

According to a report by the Chronicle of Higher Education, which is tracking more than 1,000 campus reopening plans, 61 percent of colleges plan to return to an in-person semester, only 8 percent have decided to continue all-remote learning, and 22 percent will offer a mix. The remaining 9 percent of campuses are still considering a range of options and have yet to make a final decision.

To stymie the spread of COVID-19, college campuses reopening to students have prepared preventative measures such as mandatory masks, increased cleaning protocols, and socially distanced, reduced occupancy dormitories and classrooms. Some colleges are considering using tents for outdoor classrooms. Most campuses have also outlined a plan for fever checkpoints, COVID-19 tests and contact tracing.

But despite these protective measures, experts say reopening colleges is too dangerous.

“Colleges are under intense political and financial pressure to reopen,” Robert Kelchen, an associate professor of higher education at Seton Hall University, said. “Coronavirus cases are getting out of control throughout most of the country, and even though 18-year-old students aren’t at much risk, the broader surrounding community can be at-risk.”

Some students expressed similar concerns, feeling just as worried about returning this fall.

Jessica Sunderhaft, 19, a sophomore at Ohio State University, said that while she is enthusiastic about going back to campus, she was skeptical that students will follow health guidelines.

“I can already picture everyone going out,” she said. “We all come back to use the same bathrooms and everything in these shared and closed spaces.”

As a double major in strategic communications and film, the Ohio native said that although she understood the challenges of completing online arts and sciences classes that require in-person instruction, students’ health was a larger concern.

“I don’t want to be the reason someone gets sick,” she said.

Victoria Hayden, 20, had trouble communicating with her professors and peers this past spring at Indiana University—Purdue University Indianapolis. This fall, the school is offering a mix of in-person and online instruction.

“You can’t actively reach out to professors easily to ask questions and there’s also not a whole lot of collaboration that you can do just because not all students are available at the same time as they would be in class,” Hayden, a junior, said.

This, along with protecting the safety of her family and friends, is one of many reasons why Hayden prefers to continue remote learning in the fall.

“I learned better in class, but just for the sake of the virus, I would honestly just stay at home,” she said.

Some colleges have cut the semester short by forgoing breaks to prevent the virus’ transmission and ending classroom instruction by Thanksgiving. Others are staggering arrival dates or delaying the start of classes to September or October.

Whatever effort colleges are investing on their campuses to reopen, the reality for many students is that most teaching will be remote as socially distanced classrooms can only hold a fraction of their usual capacity.

Many students are frustrated about justifying the full cost of an academic semester, and calls for tuition cuts have grown louder.

Natasha Bacchus, 21, is a senior at American University studying film and media, whose classes require hands-on, collaborative projects. While the school is offering a hybrid model of instruction, she said she was outraged by universities still charging full tuition.

“I refuse to pay thousands of dollars for a yoga class over Zoom,” Bacchus said. “If we have reduced access to dorms, recreation centers and clubs, it makes no sense to pay full tuition for a limited college experience, let alone remote learning.”

“What am I actually paying for?”

Students at dozens of U.S. universities have filed lawsuits against their schools demanding partial refunds on tuition and campus fees, claiming they weren’t getting the caliber of education they were promised.

Other students have started petitions demanding a reduction in tuition, housing, and campus fees.

Some private colleges with more resources like Williams College have offered tuition reductions in the 10 to 15 percent range, and tuition rollbacks and freezes have been announced by a number of schools. Davidson College in North Carolina, meanwhile, is allowing students to attend classes this fall while deferring tuition payments.

But the demand to lower tuition fees is not as simple as it sounds, Kelchen said. A large majority of universities cannot afford to lose revenue from tuition cuts.

“Colleges still have to pay faculty and staff to deliver an education, along with residence halls and classrooms that won’t be at full capacity,” he said. “Those costs don’t go away online.”

Additionally, tuition cuts could have the unintended consequence of lowering a student’s financial aid, leaving them paying the same net price for their college education, longtime enrollment specialist and University of Southern California adjunct associate professor Robert J. Massa wrote in a May op-ed for Insider Higher Ed.

“Students need to understand that the very existence of their college may be at stake as the economic fallout from the pandemic becomes apparent,” Massa wrote. “Meanwhile, colleges must do all they can to help students through this difficult time so that they can complete their education, earn their degree and launch their lives. Ultimately, that is what students and families want, and that is what their tuition dollars make possible.”

The best advice Kelchen has for students? Ask a lot of questions about what returning to campus will actually look like.

“Colleges aren’t going to have their dining halls open, they won’t have social activities, students will basically go to class once in a while, and the rest of your time will be spent in your dorm room,” Kelchen said.

CORRECTION: (July 6, 2020, 2:40 p.m. ET): A previous version of this article incorrectly included one college as offering a tuition reduction. Bowdoin College’s fees will remain the same for the 2020-21 academic year; it is not offering a reduction.

Sat Feb 4 , 2023
DIX HILLS, NY — Dix Hills Pool will be opening weeknights, Town of Huntington Supervisor Chad A. Lupinacci announced Monday. The pool, in Dix Hills Park at 575 Vanderbilt Parkway, Dix Hills, will be open Monday through Friday from 4 p.m. to 8 p.m. starting Monday to residents who must […] 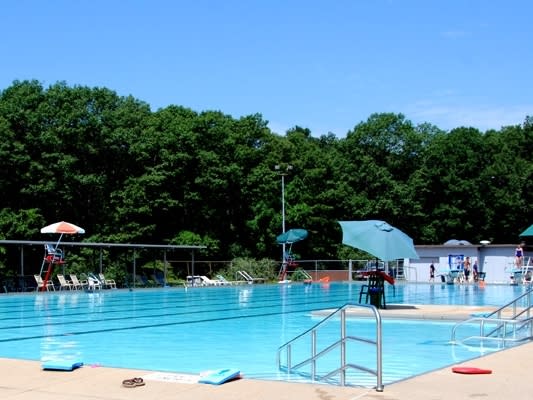