Watch music videos for the Survivor band, The Dragonz.

Coach became a reality TV rock star.)” data-reactid=”41″>We sent Coach a Quarantine Questionnaire, and the Dragonslayer definitely did not disappoint with his answers. What is Coach’s proudest moment from playing? How does he feel about his edit on the show? And what would he change about the game? Coach answers all that and more, and takes you behind the scenes of his epic visit to Exile Island on Survivor: Tocantins. Prepare yourself for enlightenment, people! Iron sharpens iron! (Also make sure to read the greatest oral history in the history of oral histories about the time Coach became a reality TV rock star.)

Since then, I’ve had two more kids (ages 3, 6, 11) and we are now a happy family of five living in seclusion in northeastern California. Being a family man has brought me more peace to enjoy than anything I could have ever imagined in life and I can’t believe that I almost missed out on this, the greatest life adventure.

Making a promise on day one. LOL

Most of my shenanigans made it to the final cut, but one story that I shared recently online happened on Exile in Tocantins. While we are headed out to Exile, the producer is giving me the rundown on just how wild this place is. And let me tell you, I’ve been all over the world. I’ve had the privilege growing up to live in the Soviet Union during the Cold War, southern India when it was really a third world country, Budapest, Hungary, in the ’80s, and many more countries and there is NO PLACE like the Dunes at Exile. Think Louisiana swamp meets Sahara desert meets Tanzanian Grasslands meets Argentina Pampas.

Anyway, I digress, as usual. So the producer is giving me a rundown on all the dangerous from the anacondas in the swamp to the big cats that are prowling around pissed off because we’ve invaded their territory. And remember all of this is within a hundred yards of each other. So I’m told that I can’t leave the producer site, and then if I have to go to the bathroom I need to ask for permission blah blah blah.

So, of course, the first thing I do is tell him I need to go to the bathroom. I walk over the hill notice some cat prints and start running away from him to get deep into the bush. At this time, I was in such a highly meditative state that I had actually lost sight of being on the television show and all I wanted to do was explore this incredible area. I heard him start yelling for me, but I kept running… or hobbling, should I say. He tracked my prints in the sand and finally caught up with me and gave me a severe scolding, but that’s not the half of the story.

That night, I laid down and the center of a circle that I had made out in the open away from the trees, totally exposed to the elements. The circle was made up of ashes from previous fires that the contestants had made, as well as my urine that I had gleefully covered those bits of charcoal and ash in.

While the rain is pelting my body in the middle of the night, I heard the producer’s walkie-talkie go off. He was in a tent about 20 yards away from me and it was the local snake and game guru talking in quite a frantic voice saying “Those two big cats are coming right for you. The cats are coming!” My producer responds in, dare I say, a slightly panicked voice “What do we do?!” I’ve been in the bush before and a similar incident happened to me like this on the Orinoco River in ’99….. So, needless to say, I went back to sleep.

The next morning when I woke up, there were two huge sets of cat prints that circled around and around where I slept literally 12 inches from my head. It was both terrifying and exhilarating.  “Courage is not the absence of fear but the fortitude to push thru it.” #Coachquote

There are no regrets in life, my man. People that live with regret need to suck it up and realize that the decisions we make right or wrong, good or bad, shape our character, our destiny. Looking back and regretting are certain actions take away from the destiny that is laid out in front of us.

I talked to Cochran almost every day, at least in my mind. As I do with Albert and Tyson and Phillip and Edna. But at the end of the day, I chose to move to a very small town and isolate myself. I choose to not go to any events and consider myself a hermit of the reality world.

I guess I was like a lot of people that went on the show and the fact that I thought big doors would open up and I would be the next hot ticket in Hollywood. Well, those doors that open up, I got an agent, filmed a couple of terrible movies, and realized that I was not strong enough to handle Hollywood, and if I continued “adventures in Hollywood”  it would be to the detriment of my soul. So I moved to Susanville, California, to continue to better the community, focus on myself, the symphony I conduct and my family…..

Tue Aug 25 , 2020
ALPHARETTA, GA — Due to COVID-19, the 2020 Scarecrow Harvest Festival, held last year in Brooke Street Park, has been canceled. Each fall, residents and visitors of Alpharetta look forward to seeing the downtown streets decorated with scarecrows made by local schools, businesses and organizations. This sight brings a smile […] 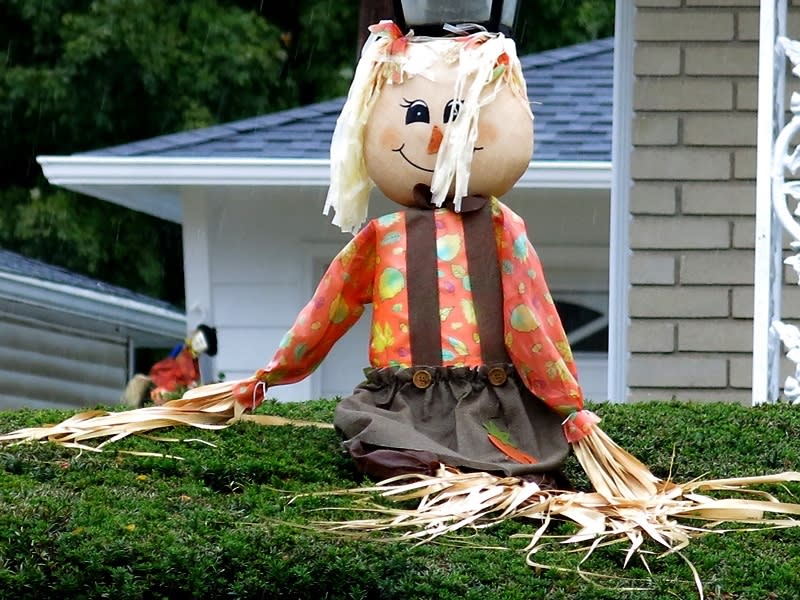