The Jamestown Planning Commission discussed a proposal on the Chadakoin Adventure Trail to connect Love Elementary School and Jackson-Taylor Park during its monthly meeting Tuesday.
P-J photo by Dennis Phillips

On Tuesday, the commission approved the new ordinance, which has been a topic of conversations for the members the past four months and in August of last year. The discussion last month dealt with the safety of the new technology after Theodora Scarato, Environmental Health Trust executive director, joined the online meeting to discuss the alleged health risks of electromagnetic radiation. She said because 5G is a new technology, there hasn’t been thorough research into the potential health risks. She also said there has been no research into how 5G technology impacts trees, birds and bees. Scarato said the organization she works for called Environmental Health Trust is located in Montgomery County, which is located north of Washington, D.C.

On Tuesday, Rabb said following last month’s discussion he had conversations with some people about the possible dangers associated with small cell technology. He said he takes the concerns of potential health dangers with small cell antennas seriously.

“I’m not an expert in this issue. Well there might be some danger, it is relatively slight,” Rabb said. “From my research talking to people, the danger with 5G is minimal.”

Kristofor Sellstrom, Jamestown Board of Public Utilities professional engineer, said the small cell antennas associated with 4G and 5G is new technology, but the FCC regulates the spectrum of electromagnetic power. He said the new antenna technology is an opportunity for the city to generate revenues for each pole attachment in the city. He added the city’s new ordinance provides a blueprint for how the city can be competitive so multiple cell phone vendors can be interested in installing infrastructure, which will generate more revenue.

“The ordinance provides opportunity to have competition,” he said. ‘It also protects the city’s infrastructure and right-of-ways.”

In other business, the commission also heard a presentation on the Chadakoin Adventure Trail, which will connect Love Elementary School and Jackson-Taylor Park. Ellen Shadle, city principal planner, said the trail will be marked with signage and implementation of animal tracks on the sidewalk between the school and the park.

The main route for the trail will be from the school on Eighth Street, north on Main Street and then west on 10th Street to Washington Street where the trail will continue across the crosswalk on the highway to the park.

Katie Finch, Audubon Community Nature Trail senior nature educator, said Kaboom, national nonprofit that works to end playspace inequity, provided the grant for the trail. She said the idea is to be playful, which will include the implementation of animal tracks that correlate to animals in the city like deer and squirrels.

“There will be a play area and grassy area in Jackson-Taylor Park that will consist of natural features like stumps and logs,” she said.

“We want to connect people to nature and provide a learning experience for them,” he said.

During the presentation, the importance of safety when it comes to crossing Washington Street was discussed several times. Shadle said hopefully when the state Department of Transportation does its redesign of Washington Street, which will decrease from a two-lane highway to a one lane street with a turning lane, that the speed of vehicular traffic will decrease making crossing safer.

Today’s breaking news and more in your inbox

Minneapolis DFL will go forward with virtual endorsements, despite concerns

Wed Feb 17 , 2021
The Minneapolis DFL Party will move forward with virtual endorsements this year, even though Mayor Jacob Frey and 20 other candidates said they had concerns about the format and felt time would be better spent building consensus among party members. “Endorsements borne of this process will be viewed as illegitimate […] 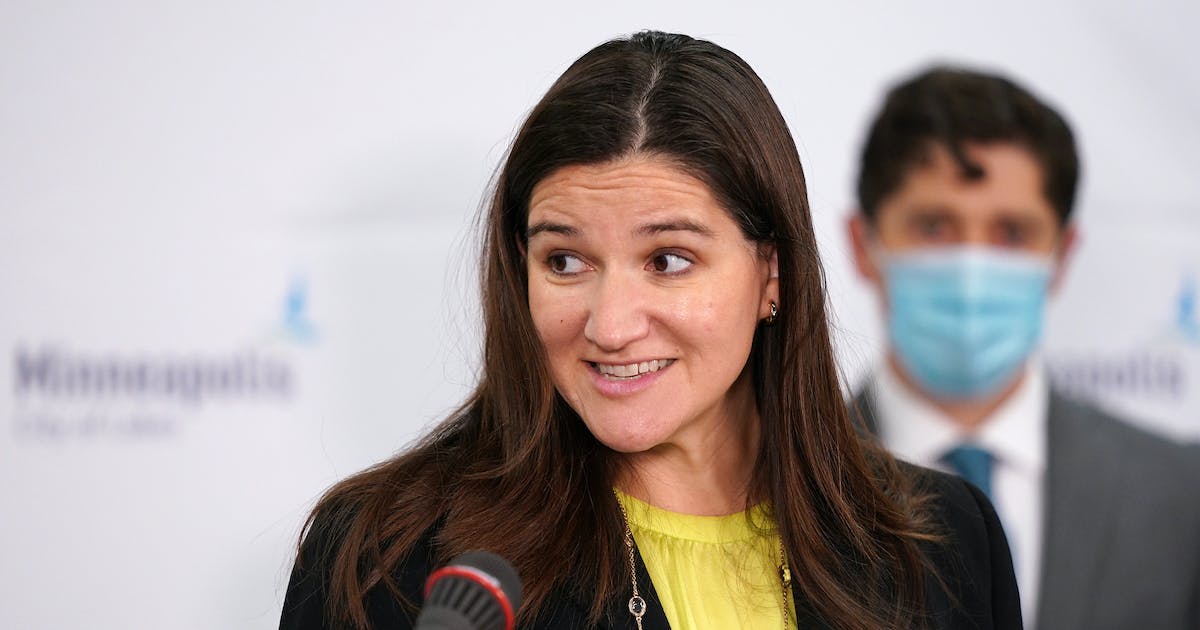