It’s always important to highlight tasty food on these trips.

For the latest Chuck’s Big Adventure, we traveled north to the frozen tundra of Wisconsin, where the weather is cold but the fun didn’t stop!

You can’t visit Wisconsin, live in Wisconsin or even think about Wisconsin without considering cheese.

To understand the fascination with cheese, all you need know is this: Wisconsin is home to 1 million cows — one cow for every five residents. 90% of their milk is turned into cheese, meaning 2.8 billion pounds of cheese per year. That’s a major bovine influence on the economy and a statewide love for lactose.

Cheese isn’t just a food, it’s part of Wisconsin’s identity. The average American eats 27 pounds of cheese a year, but there is no telling what the number is here.

That’s why the Mars Cheese Castle was the first stop on our Big Adventure in Wisconsin.


If you have traveled on I-94 near Kenosha, you have seen the world-famous sign leading to the home of cheesy treats for decades. In fact, growing up across the border in Illinois, the Castle was a popular spot for us after church on Sundays, picking up cheese and bratwurst to enjoy for lunch.

Years later, my three sons loved chomping down cheese curds from Mars Cheese Castle on visits to my home and the trip back to Indianapolis.

The current store was built in 2011 and resembles a castle. It’s twice as large as the previous building, and is not only the home to hundreds of varieties of cheese but also features an in-store restaurant, a bakery, Wisconsin-themed gifts and a variety of meats, from bratwursts to sausages. 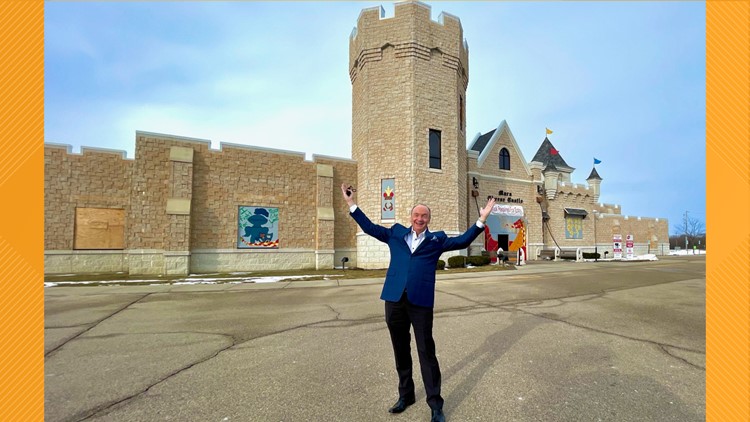 2020 was a tough year for Mars Cheese Castle. A statewide lockdown due to COVID-19 and protests and rioting in nearby Kenosha were difficult, but third-generation owner Michael Ventura said the online store helped tremendously and is optimistic about the upcoming year. Why? People love cheese!

“I really picked up on the happiness of the customers,” Ventura said. “Cheese is a comfort food, and people come here to have a good time and to feel good, and I’ve loved that since I was a little kid.”

Stop by this international landmark and enjoy! Grab some cheese curds, a bratwurst and cheese gifts to bring home. Whether it’s a pound of muenster, a “cheesehead” hat or some cheddar baked bread, our visit to Mars Cheese Castle made me long for the delicious taste of cheese all over again.

We ate well on our trip to Wisconsin. From cheese to fish to delicious steaks to pizza, we tried it all. It was the places we dined that left the impression more than the food.

We dined in rural inns and urban restaurants, but I wanted us to really get a taste of Wisconsin’s supper clubs since there are only a few remaining. Once a staple of community and upscale dining and music, just a handful remain, and some are transitioning into restaurants and taverns.


Will Masters owns the nearly 90-year-old The Fox & Hounds Restaurant & Tavern. The place is full of history, tradition and fine dining. It’s also a place where memories have been and will continue to be made.

“I know those types of places are dying, but many people would come here to have a special experience for a holiday, for their birthdays or anniversaries,” Masters said.

The Fox & Hounds is in a very rural area of central Wisconsin, near the town of Hubertus, but thousands find their way to enjoy the beautiful décor and classy setting.

The building was a restored 1845 cabin by the Wolf family in 1933. Masters has been tastefully renovating and updating the place for 16 years, keeping its beautiful appearance top notch.

“Again, I think it’s the ambience, I really do [that keeps people coming],” Masters said. “I believe our food is excellent. We do have a special deal and buy one entrée, get one free. I mean, how can you beat that?”

An hour away in Fish Creek, Scott Zimmerman manages the Whistling Swan, an inn and restaurant that was battered by COVID-19 but is still alive and serving gourmet dishes in a beautiful, old setting.

“We had to do the full shutdown. We were able to stay open for takeout,” Zimmerman said. “Then, right around June, we really did push it over the hill and said, ‘It’s time to go.’ We opened up a bit slower and spaced out the tables.”

Zimmerman believes his inn and restaurant will be ready for the spring and summer crowds that will flock to this quaint town in a few months.

Click here to find some great inn and restaurant options in the “Badger state.”

In the south central portion of Wisconsin lies New Glarus. Strategically placed at the intersection of Highways 69 and 39, this town of 2,000 may be in the United States, but it feels like Switzerland.

Thousands visit this town each year to get a taste of the Swiss life and heritage this town glories in.


It was founded in 1845 by immigrants from Glarus, Switzerland, and is a popular destination for tourists who want to see the Swiss architecture, heritage, food and craft brewery.

Walk down the streets, and you’ll take pictures of the beautiful folk art, flower boxes and Swiss flags that adorn the town. 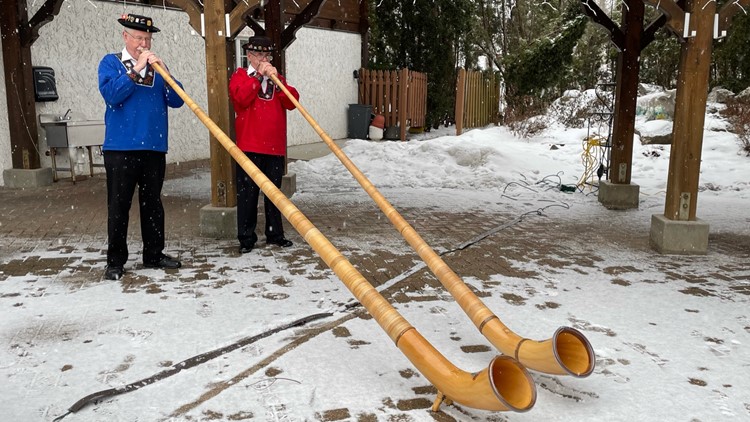 But hey, I was there for the food. Chef Mike Nevil of the Chalet Landhaus Inn has made a living entertaining guests with the taste and experience of his one-of-a-kind fondue.

“I’ve made fondue all my life, basically. I learned when I was young and have traveled to Switzerland several times,” Nevil said. “My smallest fondue is for one person, and my biggest fondue was for about 2,700.”

Nevil’s recipe incorporates many types of cheese, and it was delicious. Mixed with a chardonnay white wine, it is a meal in itself.


We visited quaint shops, tried to make a dollar bill stick to the ceiling in a tavern and talked about the future of “America’s Little Switzerland.”

It’s a small taste of the Old World without leaving the Midwest, and you’ll love the peaceful feel and the friendly folks of this wonderful town.

The town was supposed to celebrate its 175th birthday in 2020, but they will give it a shot this year.

Wisconsin literally has hundreds of outlets for cheese and why not? It’s the self-proclaimed “Cheese capital of the world.”

Some of the stores offer something a little extra.

The Alp & Dell Cheese Store is in Monroe, Wisconsin, and offers a wide variety of fresh, locally-produced cheeses and gifts to choose from. That’s not so special, but the owner/operator is one-of-a-kind.

Tony Zgraggen immigrated to the United States in the 1980s from Switzerland. He ran a dairy farm for years, but 12 years ago, he decided to purchase the store in Green County — an area that has 400 dairy farms and produces a half billion pounds of milk annually.

Zgraggen knew to stand out from the competition, he had to be different, and he is.


Zgraggen is a world-class yodeler and when you walk in, chances are you’ll hear that unmistakable sound.

He has yodeled since he was a child, but in nearby New Glarus, he found support, friendship and a way to improve his sound.

“The yodel club has existed in New Glarus since 1928, so we are over 90 years [in the making] and six members, all Swiss that founded that,” Zgraggen said. “They got the traditions going in this country, and they got together and formed a club, a group yodeling, and we have been together since.”

Visitors from around the nation stop by to say hi, buy cheese and get a yodel from Zgraggen. He is in his mid-60s now, but his yodeling ability is better than ever.

Stop by — he would love to sell you a brick of cheddar, and if you ask, a little Swiss singing on the side.

Wed Feb 17 , 2021
Ready or not, the swim season has officially tipped off. This season, of course, won’t look anything like seasons of the past thanks to COVID-19 restrictions implemented throughout the state. But there will still be plenty of intriguing storylines happening within each county and conference. Here are 15 storylines to […] 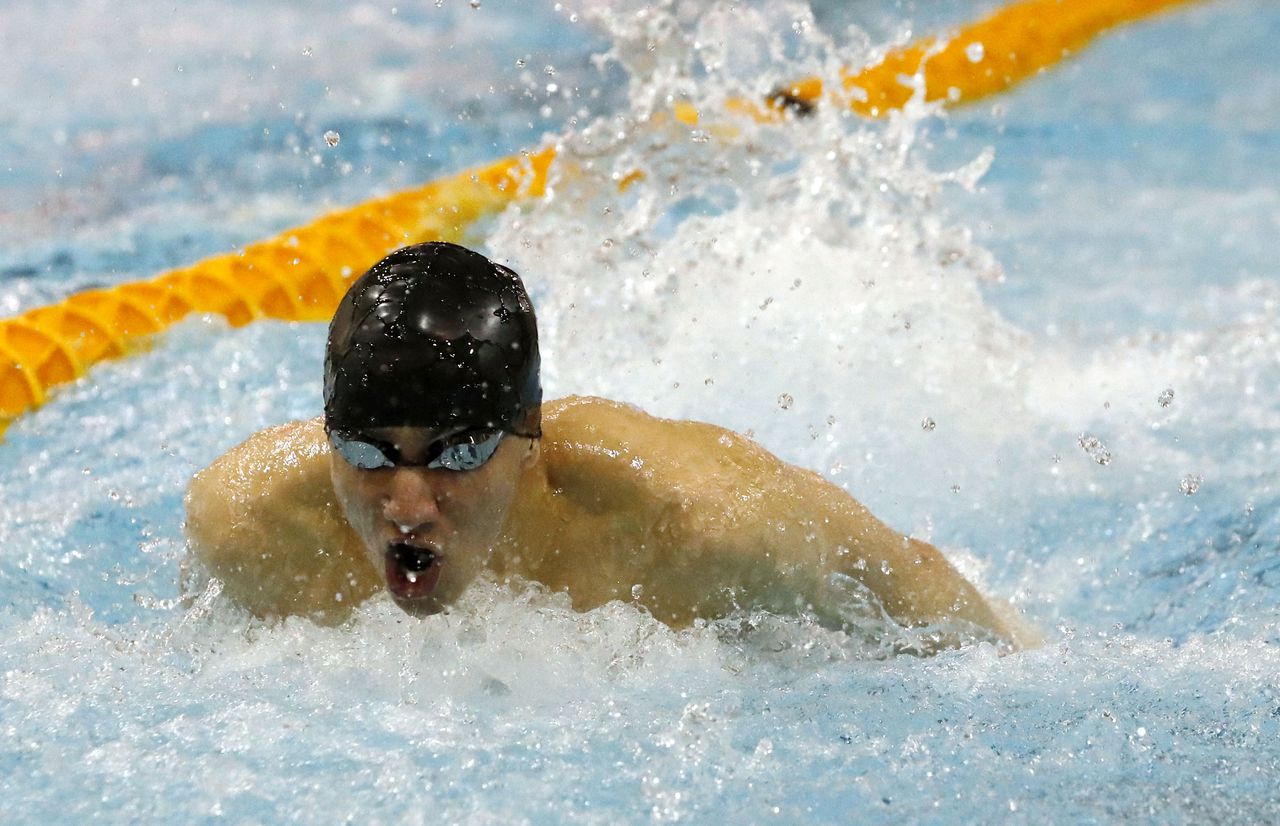