Plans to create a travel window for students to return home for Christmas are “riddled with holes”, the Government has been told.


Universities in England have been told to switch from in-person teaching to online classes by early December and set staggered departure dates between December 3 and 9 to allow families to be reunited.

Jo Grady, general secretary of the University and College Union, highlighted the tight timescale for a mass movement of people, adding: “Allowing just a week for around one million students to travel across the country leaves little room for error.”

The Government said Covid-19 tests will be offered to as many students as possible before they travel home but the establishment of testing capacity will be a “massive undertaking”, an executive dean at Durham University said.

Students will have enough time to complete the self-isolation period and return home for Christmas if they test positive for Covid-19 before the travel window.

But if a student decides to remain on campus later into the month, they will need to remain in self-isolation in their student accommodation for 10 days if they test positive for coronavirus.

Universities will be asked to provide additional help and support – including affordable food – to students who remain on campus over Christmas.

Dr Grady said the plans are “riddled with holes” and “raise as many questions as they answer”.

She added: “If the Government instead told universities to move online now it would provide much more time to stagger the movement of students and better protect the health of staff, students and their wider communities.”

The “student travel window” will begin just as England’s lockdown finishes on December 2 and it is hoped this will reduce the risk of transmission.

Video: Brigadier Joe Fossey explains how mass testing in Liverpool works, how it’s different from before and reveals many will have Covid with no symptoms (Liverpool Echo)

Brigadier Joe Fossey explains how mass testing in Liverpool works, how it’s different from before and reveals many will have Covid with no symptoms

Dr Jenny Harries, deputy chief medical officer, said: “The mass movement of students across the country at the end of term presents a really significant challenge within the Covid-19 response.

“The measures announced today will help minimise that risk and help students get home to their families as safely as possible for Christmas. It is crucial that students follow the guidance in order to protect their families and the communities they return to.”

Durham University is already running a pilot project for rapid Covid-19 testing – including identifying those who might be infectious but have no symptoms.

The Lateral Flow Tests, which deliver results in just 30 minutes, uses a nose and throat swab and they are self-administered.

After a voluntary pilot, the university is now exploring whether it is feasible to roll out mass testing across the whole institution before Christmas.


On the Government’s plans to establish mass testing capacity on campuses, Professor Jacqui Ramagge, executive dean for science at Durham University and project sponsor, said: “I don’t think very many (universities) will be prepared for this because I think it’s a massive undertaking.”

Universities Minister Michelle Donelan said: ”We know this Christmas will feel different, and, following this incredibly difficult year, we are delivering on our commitment to get students back to their loved ones as safely as possible for the holidays.

“We have worked really hard to find a way to do this for students, while limiting the risk of transmission.

“Now it is vital they follow these measures to protect their families and communities, and for universities to make sure students have all the wellbeing support they need, especially those who stay on campus over the break.”

In Scotland, there will be a ministerial statement on Wednesday afternoon on supporting students to return home safely at the end of term.

In Wales, the issue is likely to be addressed at a press conference with the country’s education minister, Kirsty Williams.

Wed Nov 11 , 2020
BANGKOK — The resort hotel in Thailand got its public apology. The unhappy American guest who spent two nights in jail for criticizing the hotel online got his criminal charges dropped. But it was Tripadvisor, the giant online travel review platform, that got the last word. Wesley Barnes, the American […] 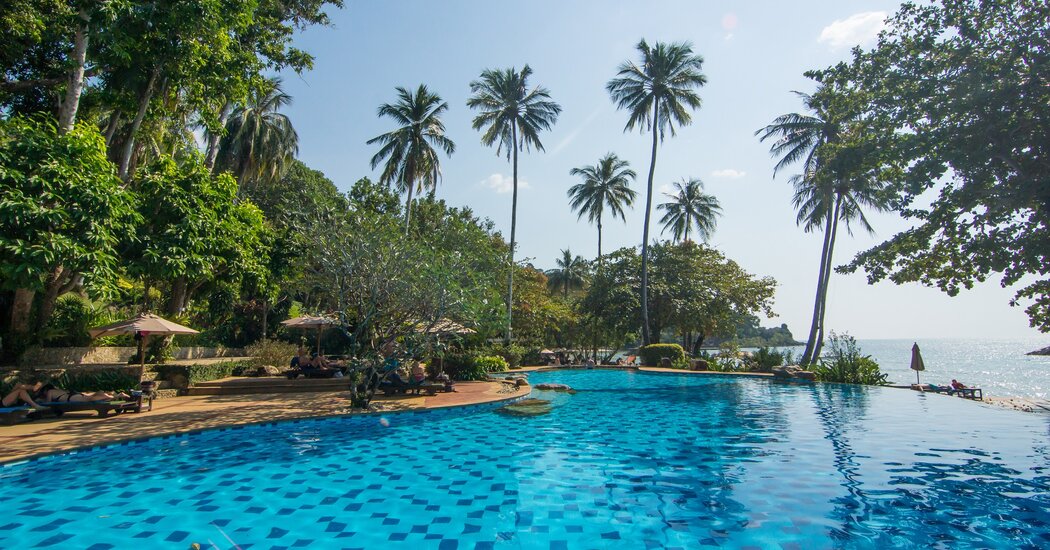