On Saturday, Gov. Chris Christie tweeted that he had tested positive for COVID-19, and on his doctor’s advice, had “checked” himself into Morristown Medical Center, a hospital close to his home in Mendham.

Christie, 58, who likely contracted the virus after days of mask-less, prolonged contact President Trump and his inner circle during the previous week, wrote that he had only “minor symptoms” and was “feeling good.”

But soon after he tweeted, people started asking questions on social media. When should people infected with the virus seek hospital care? Can anyone “check into” a hospital like he said he did?

A spokesman from Morristown Medical Center would not comment on the governor’s condition Tuesday. Christie’s twitter account has been quiet since Saturday night. Although he called Star-Ledger columnist Tom Moran Monday morning, Christie declined to discuss his prognosis.

To answer these questions, NJ Advance Media spoke to Daniel W. Varga, chief physician executive for Hackensack Meridian Health, and Michael Cascarina, president-elect of the New Jersey Academy of Family Physicians. Neither doctor is involved with the governor’s treatment.

Q: Can people “check themselves into a hospital?” Don’t they need permission from their doctor first?

A: No, people don’t check in to a hospital like a hotel. But doctors make “direct admissions” to the hospital all the time, Varga and Cascarina said. It not only spares the patient a wait in the emergency room, it expedites the care a doctor feels is necessary.

It’s likely “Gov. Christie’s physician just said, ‘I am going to call over and arrange an admission. Go and present yourself to the admitting area and I’ll get you in,’ ” Varga said.

Q: Why would someone be admitted to the hospital so soon after diagnosis?

A: The most serious symptom of COVID-19 is shortness of breath, both doctors agreed.

If the patient has other risk factors, the urgency of hospital care increases.

“Age is probably the biggest risk factor — people over 50 and especially over 65,” Cascarina said. People would be considered high risk if they had a history of heart disease, obesity, diabetes and a chronic lung disease, such as asthma, he said.

Christie checks at least three of those boxes — he is 58 years old and has long struggled with weight issues. The governor underwent lap band surgery in 2013. Christie was hospitalized in 2011 – less than two years into his first term as governor – at Somerset Medical Center in Somerville after suffering an asthma attack on a particularly humid day.

The U.S. Centers for Disease Control says those with moderate to severe asthma or a body mass index above 30 may have an increased risk of COVID-19 complications. Those between 50 and 64-years-old are the fourth-highest age group hospitalized for the virus, the CDC says.

“One of the biggest issues that we identified in the first wave of the pandemic was that individuals with underlying lung disease could have very, very dangerous levels of blood oxygen — meaning low — but not really demonstrating much in the way of” symptoms, Varga said.

COVID-19 patients can rapidly decline, going from mild fatigue and a cough to “turning blue” in under 24 hours, Varga said.

“That is one of the reason why, particularly with Gov Christie’s history of asthma, you would particularly want to monitor him” in the hospital, Varga said.

Some patients wear an oxygen saturation monitor and are monitored at home, he said. “With someone with underlying lung disease, and knowing that deterioration could happen rapidly, you probably want that individual in a place where you could intervene rapidly if that was the case,” he said.

Q: Early on in the pandemic, people were discouraged from going to the ER and encouraged to stay at home unless they felt shortness of breath. Has that changed?

A: Early on, testing was scarce. People with symptoms like fever or cough flooded the ER to find out if they even had the virus, Varga said.

Now, he said, the recommendations are different because things have changed and people can be tested elsewhere. So if you have tested positive and feel you need medical help you should come to the emergency room, he said.

“There really isn’t much to do about a coronavirus infection unless there is shortness of breath or cognitive issues, like confusion,” Cascarina said.

Q: How sick do you have to be to go to the hospital?

Varga said it depends on “the continuum of risk.”

“If you are somebody who has emphysema, or asthma, or congestive heart failure and you are minimally short of breath, you should go to the emergency department,” he said. “If you are a healthy 20 year-old and whose got a hacking cough and gets a little shortness of breath when you climb the stairs, you are probably okay.”

Cascarina, who is 55, has asthma and contracted the virus, said he recovered without needing hospital care. If patients do not have shortness of breath, they should try to “stay home and get better on their own,” he said. 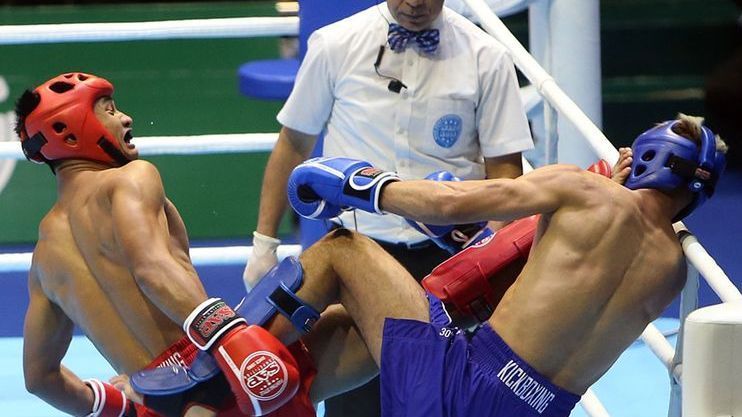