BEIJING (AP) — China became the first major economy to grow since the start of the coronavirus pandemic, recording an unexpectedly strong 3.2% expansion in the latest quarter after anti-virus lockdowns were lifted and factories and stores reopened.

Growth reported Thursday for the three months ending in June was a dramatic improvement over the previous quarter’s 6.8% contraction — China’s worst performance since at least the mid-1960s. But it still was the weakest positive figure since China started reporting quarterly growth in the early 1990s.

“We expect to see continuous improvement in the upcoming quarters,” Marcella Chow of JP Morgan Asset Management said in a report.

China, where the coronavirus pandemic began in December, was the first economy to shut down and the first to start the drawn-out process of recovery in March after the ruling Communist Party declared the disease under control.

“The national economy shifted from slowing down to rising in the first half of 2020,” the National Bureau of Statistics said in a statement.

Economists say China is likely to recover faster than some other major economies due to the ruling Communist Party’s decision to impose the most intensive anti-disease measures in history. Those cut off most access to cities with a total of 60 million people and suspended trade and travel — steps later imitated by some Asian and European governments as the virus spread.

Manufacturing and some other industries are almost back to normal. But consumer spending is weak due to fear of possible job losses. Cinemas and some other businesses still are closed and restrictions on travel stay in place.

“The pandemic is creating winners and losers,” said Bill Adams of PNC Financial Services Group in a report. “Manufacturing is leading China’s recovery.”

Private sector analysts say as much as 30% of the urban workforce, or as many as 130 million people, may have lost their jobs at least temporarily. They say as many as 25 million jobs might be lost for good this year.

The ruling party promised in May to spend $280 billion on meeting goals including creating 9 million new jobs. But it has avoided joining the United States and Japan in rolling out stimulus packages of $1 trillion or more due to concern about adding to already high Chinese debt.

China reported 4,634 coronavirus deaths and 83,611 confirmed cases. It has not reported any domestically transmitted cases since an outbreak in Beijing that infected more than 330 people before it faded early this month.

On Tuesday, the government eased some curbs on domestic tourism after China reported no new locally acquired infections in nine days. The Ministry of Culture and Tourism said tourist sites can allow 50% of their daily visitor capacity, up from 30%, and tours from one province to another can resume.

In the three months ending in June, factory output rose 4.4%, rebounding from the previous quarter’s 8.4% contraction after factories that make the world’s smartphones, shoes, toys and other goods reopened.

June exports grew by an unexpectedly strong 0.4% but still are off 3% for the first half of the year. Imports rose 3% — including a 10.6% jump in purchases of U.S. goods despite a tariff war — but are down 3.3% so far this year.

Forecasters warn exporters are likely to face another decline in demand as sales of masks and other medical supplies taper off and U.S. and European retailers cancel orders.

The two governments signed an agreement in January to postpone further tariff hikes in their fight over Beijing’s technology ambitions and trade surplus. But most increases already imposed remained in place.

EU court voids data-sharing pact with US over snooping fears

Thu Jul 16 , 2020
The European Court of Justice has ruled an agreement that allows thousands of companies to transfer data to the United States is invalid because its Government can snoop on people’s data. Its decision to invalidate Privacy Shield will complicate business for some 5,000 companies and it could require regulators to […] 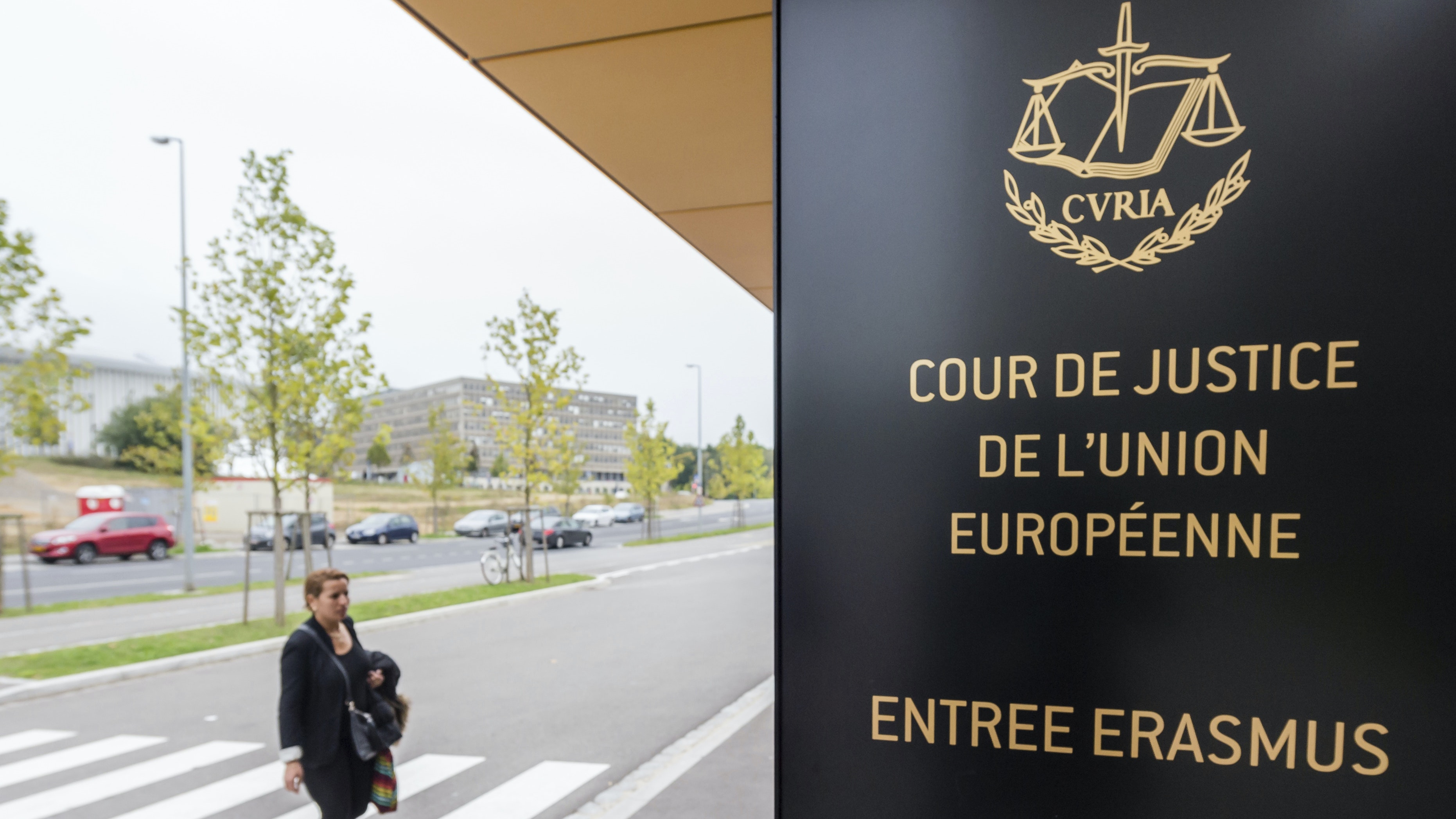