CHICAGO — For months, memes have appeared to show Chicago Mayor Lori Lightfoot watching for crowds and threatening to close parts of the city if residents don’t abide by orders and closures during the coronavirus pandemic.

But on Saturday, Lightfoot herself — not just an edited photo of her, like those used in such memes — apparently had a hand in breaking up a large gathering at Montrose Harbor, according to social media posts by the mayor and crime blog CWB Chicago.

And within hours of the mayor’s appearance, fencing started going up where the party had been held, according to Michele Lemons, a Park District spokeswoman.

“The Chicago Park District installed fencing at Montrose Beach to deter large gatherings like those observed (Saturday). While the lakefront trail is open, Chicago’s beaches and parkland east of Lake Shore Drive remain closed under the Chicago Department of Public Health’s executive order,” Lemons wrote in an email.

Lightfoot had on Saturday posted to Twitter an image of dozens of people engaging in what she called, “reckless behavior.”

“It’s called a pandemic, people,” said the mayor’s post, which included a picture of partygoers, most of whom didn’t appear to be wearing masks. “This reckless behavior on Montrose Beach is what will cause us to shut down the parks and lakefront. Don’t make us take steps backwards.”

The mayor just last week announced that lakefront concessions and restaurants with patios could reopen under strict guidelines that include proper social distancing and no congregating.

In a follow-up tweet, Lightfoot confirmed she was at Montrose Beach in person and seemed to suggest she had already ordered new fencing seen Sunday morning: “In case you were wondering, I stopped by to see for myself. It’s being addressed,” she wrote about 7:30 p.m., about 90 minutes after she posted a picture of the party.

Stoking concerns that the mayor had followed through on threats to close the “parks and lakefront” were additional images circulating on social media of police cars blocking a Montrose Harbor entrance. The trail also was blocked by police officers at Montrose Avenue and Lake Shore Drive on Sunday morning.

Authorities confirmed that as of Sunday morning, police officers were detailed to entrances for Montrose Harbor, according to Anthony Spicuzza, a Chicago police spokesman. However, Spicuzza said officers frequently have been detailed to lakefront access points throughout the pandemic, so the presence of officers Sunday did not necessarily indicate any changes had been made.

“Foot access is available, but you’re not supposed to park there,” Spicuzza said. “The 19th District has bike teams available to patrol that area as well, but they aren’t specifically detailed there like the squad cars are.”

On CWBs Twitter post, one person responded with a poorly lit video that appears to show a fence being erected in the same area as the party.

The Tribune verified about 50 yards of fencing along the edge of the lakefront, north of the boat dock. There are concrete steps that go down to the water’s edge and the fence is parallel to the water, on the grass side of the approach. The fence doesn’t go the entire length of the concrete path, though, so one need only approach from either end where the fence stops and walk down the stairs to the water.

About 10:30 a.m., crews were working on putting up additional fencing down the lakefront path. The fencing, which looks to be made of wood and wire, did not deter passersby, including those on foot and bicyclists, most of whom sped by, ignoring the fence. A single can of mango White Claw and a disposable face mask lay on the ground near the fence.

Lemons did not say how large the fence would be when complete but that there are no plans to take it down anytime soon.

“The fencing will remain in place indefinitely to remind the public of the restrictions implemented as part of the City’s ongoing COVID response plan,” she said.

Many online drew comparisons to recent protests that have been held in Chicago and which individually almost surely drew more people than likely were at the beach party. Sunday afternoon, the hashtag “Lori” was trending on Twitter with some of the 18,000 tweets saying the mayor went too far, and others defending her commitment to mask safety. Some brought up the city’s violence, asserting the mayor should be more concerned about that than a party.

Others said the mayor didn’t shut down protests over a lack of masks and called her a hypocrite or mockingly saying the party looked like a “peaceful protest.”

A representative of the mayor’s office did not immediately respond to questions about the beach party being shut down, including how the mayor learned about the gathering, whether more changes are coming and why she focused on this party but not the protests.

After the state began to move through phases of the reopening plan, Lightfoot and Gov. J.B. Pritzker have lately harped on an uptick in numbers, with Lightfoot in early July introducing an executive travel order that requires some Chicagoans to self-quarantine for 14 days if they visit one of 23 states and territories that have an average of more than 15 new COVID-19 cases per 100,000 people during a rolling seven-day period.

Mon Aug 10 , 2020
Filmmaker Archana Atul Phadke in “POV: Phadke Family” on PBS. (Archana Atul Phadke / PBS) During the coronavirus crisis, the Los Angeles Times is making some temporary changes to our print sections. The prime-time TV grid is on hiatus in print but an expanded version is available in your daily […] 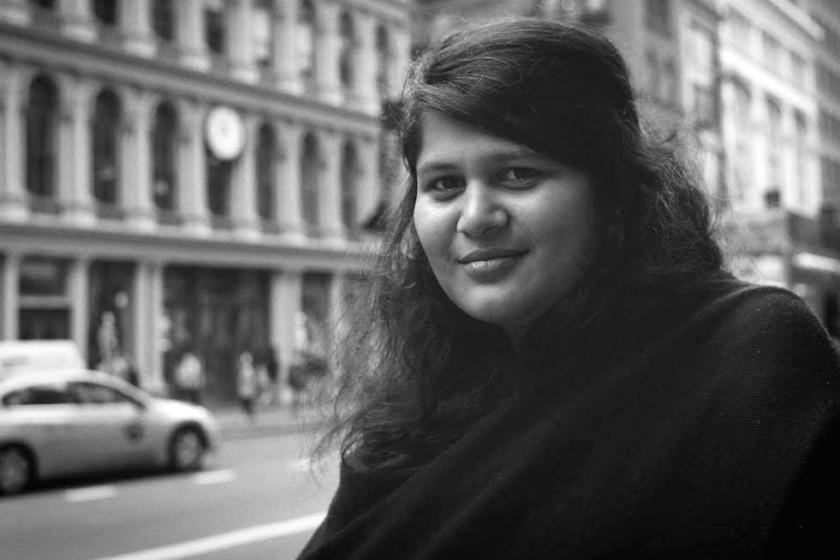