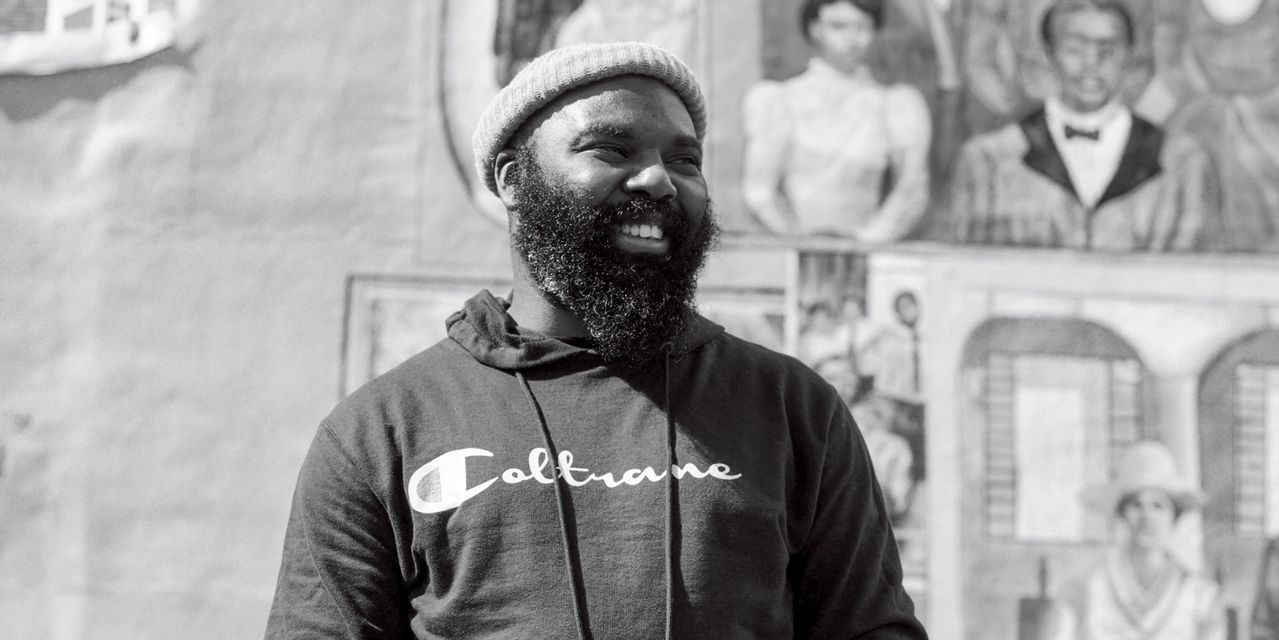 On a clear, hot September afternoon in West Philadelphia’s Mantua neighborhood, Omar Tate, a 34-year-old chef, is walking through a grassy, vacant lot a block from home, talking about planting seeds. Behind Tate, the fractured wooden frame of an abandoned house bulges from its backside like a broken spine. “I was going to throw the seeds down right here,” Tate says, “grow some plum trees.”

It’s a fitting, generative gesture for Tate, one in stark contrast to a year marked by shutdowns. Tate has overcome the occupational damages of the pandemic and weathered an incendiary national uprising over racism to emerge energized as a leader and builder.

At the onset of the pandemic, changing Mantua’s landscape—whether via fruit trees or the singular multiuse commercial, dining and cultural space he’s currently planning under his rapidly evolving Honeysuckle brand—was something Tate had only dreamed of doing. “This year sped up my trajectory,” he says.

Honeysuckle began in 2017 as a pop-up venture and marked an evolution for Tate as he sought to connect his work as a chef to his identity. Before Honeysuckle, he’d made high-end Italian cuisine at A Voce in Manhattan’s Time Warner Center; pan-African food at Henry, inside Midtown’s Life Hotel; and bread and pastry (among other things) at Once Upon a Tart in SoHo. A descendant of South Carolina plantation slaves, the product of a Muslim household in North Philadelphia with Black Nationalist roots, and a poet and multimedia artist drawn to work that creates emotional discomfort, Tate decided to move toward a more self-actualized vision. He launched Honeysuckle to tell a story about being Black in America through a tasting menu of his own devising. Tate cooked 26 dinners in New York, Philadelphia, New Orleans and Martha’s Vineyard. Advertising through social media, he charged up to $300 per diner for the experience and sold out 90 percent of his seats.