As fans of the novel and stars Tom Holland and Daisy Ridley wait on baited breath for the official trailer to Lionsgate’s Chaos Walking, the long gestating project has released its first poster! Featuring both the Spider-Man: Far From Home and Star Wars: The Rise of Skywalker stars, the image comes a few weeks after the film’s trailer leaked online and sent the fandom spiraling as it was the first look they’d had at the project since its first set photo almost three years ago. After its extensive delays, Lionsgate previously scheduled the film for a January 22, 2021 release date earlier this year, a date set before the coronavirus pandemic and which is conspicuously absent from the below poster.

Joining Ridley and Holland in the film are Mads Mikkelsen (Hannibal, Doctor Strange), Cynthia Erivo (Bad Times at the El Royale, Widows), Nick Jonas (Jumanji: Welcome to the Jungle), Ray McKinnon (Deadwood), Kurt Sutter (Sons of Anarchy), and David Oyelowo (Selma, The Cloverfield Paradox). Chaos Walking follows two unlikely companions (Ridley and Holland) who embark on a perilous adventure through the badlands of an unexplored planet as they try to escape a dangerous and disorienting reality, where all inner thoughts are seen and heard by everyone.

Based on the young adult novel “The Knife of Never Letting Go” by Patrick Ness, the studio first purchased the right to make the film back in 2011, hoping to cash in on the YA craze they had previously found success with in The Hunger Games and The Twilight Saga.

Chaos Walking is credited to director Doug Liman, with Patrick Ness and Christopher Ford credited with the screenplay. Principal photography on the film was conducted from August to November of 2017 but after a disastrous test screening where it was labeled “unreleasable,” the film underwent a series of reshoots in 2018. A year later The Wall Street Journal reported that it would undergo even more extensive reshoots.

The film’s reshoots eventually took place but production was delayed by the ever busy schedule of its star. Holland was busy filming Spider-Man: Far From Home for most of 2018 and Daisy Ridley was filming Star Wars: The Rise of Skywalker in the same time frame. The reshoots for the movie finally took place in the early summer of 2019, just ahead of the release of Avengers: Endgame.

Village of Ruidoso asking for resident input on Grindstone Lake

Sat Nov 14 , 2020
RUIDOSO, N.M. (KRQE) – The Village of Ruidoso wants to increase the recreational opportunities in what’s become a very popular area, Grindstone Canyon. The Village wants to hear from you about how to improve the canyon and the lake. “We’re looking for input from the community, it’s not the direction of […] 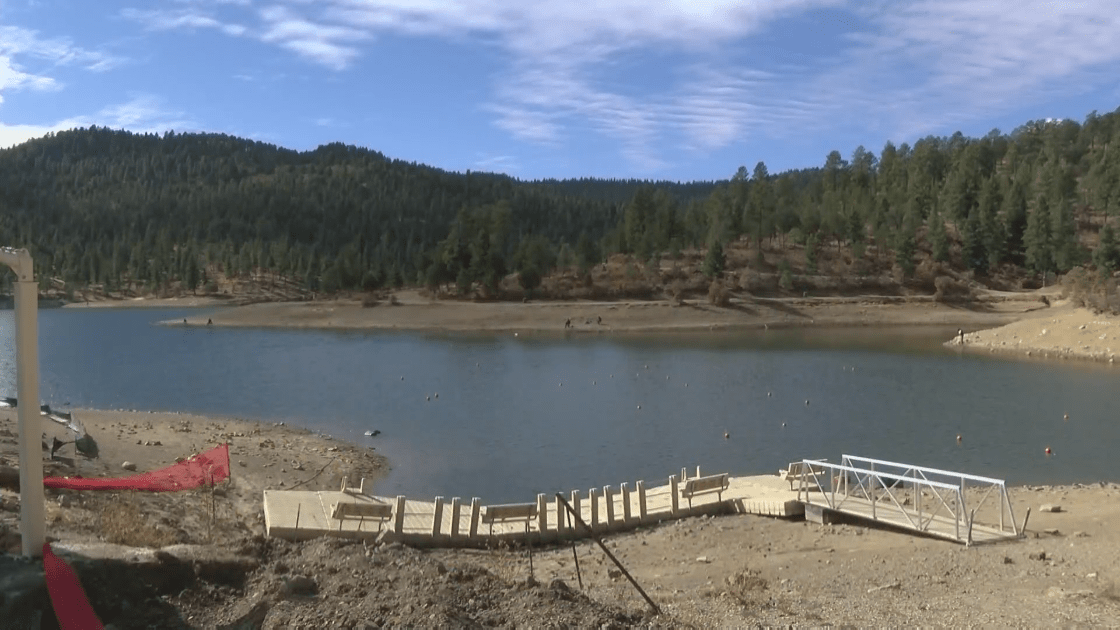