BARNSTABLE, MA — Nearly 36 percent of Cape Cod businesses only have enough money to survive for six months or less, according to survey results from the Cape Cod Commission.

The Cape Cod Commission, an economic development agency for Barnstable County, surveyed about 400 businesses across the region affected by the coronavirus pandemic. The survey analyzed revenue losses, which industries have been hardest hit and layoffs across the region.

Although the commission has yet to release the full results of the survey, Jennifer Clinton, the commission’s community development planner, confirmed that 35.7 percent of survey respondents only have enough money to operate for another six months or less. Another 42.2 percent said they can survive more than six months, and another 22.1 percent were unsure.

“Unfortunately there are a lot of unknowns around what will happen after this summer, but we’re continuing to gather information on impacts to employment and the business community, so we can take steps to address the impacts of the pandemic, as well as the persistent issue of Cape Cod’s seasonal employment swings,” Clinton said.

The bleak forecast was, however, an improvement from the commission’s first survey published in July. At that point, 48.4 percent of the 291 businesses surveyed said they had enough money to survive for six months or less.

Unemployment has also dropped across the region after peaking in April. Unemployment dropping in Barnstable County from 21.5 percent in April to 15.2 percent in July after the state began allowing businesses to reopen in May.

That bounce back helped some businesses stay on their feet, at least for the time being.

“Most businesses [in Falmouth] had a better season than we anticipated when this all started,” said Michael Kasparian, the president of the Falmouth Chamber of Commerce.

Still, Kasparian admitted that no one is assuming the positive business trend will continue, especially as winter approaches and it’s too cold to partake in outdoor dining. Landscaping and pavement companies will also likely take a hit, Kasparian said.

“Nobody knows how it’s going to go once it’s too cold to dine outside and if the number of seats inside will be increased or if people will feel safe eating inside.,” Kasparian said.

What’s the plan for businesses?

Clinton said she’s spoken to business owners that typically make most if not all their money off Cape Cod’s summer tourist season. Several of these businesses have looked to extend their seasons into the fall.

“We’ve anecdotally heard that hotels and other accommodations are being booked longer into the fall than usual, and some restaurants, [like the Wellfleet Beachcomber] that normally close off-season have also extended their season,” Clinton said. “Many museums and arts and cultural institutions are offering online events and resources while large-scale events and indoor visitation aren’t advised.”

Kasparian remained optimistic because of the possibility that vacation communities, like Falmouth, will have larger winter populations than during a typical year.

Normally, Falmouth’s population peaks around 50,000 in the summer and drops to a little under 32,000 in the winter. But because of the pandemic, Kasparian said there’s a possibility some of the season homeowners stay put this winter and contribute to the local economy.

“Forty-five percent of the homes are second homes, Kasparian said. “A lot of the feedback we got is that they’re staying. They aren’t going back to their main homes in Boston or out of state.”

Kasparian added that a lot of seasonal homeowners on Cape Cod are retired or may have kids in remote-only classes. He said people seem to feel safer staying in Falmouth, where there are fewer people and fewer risks of COVID-19 infection.

How will the commission help businesses?

The commission’s survey also asked local businesses what their top needs are for surviving the pandemic.

According to the results, 33.5 percent of respondents identified business continuity/disaster planning as their top need. Another 32.9 percent of businesses said marketing and social media was their biggest need, while 30.3 percent said they needed help collaborating with other organizations and developing partnerships.

This article originally appeared on the Barnstable-Hyannis Patch

Facebook actually made something good. It's called Horizon and it's only in VR.

Wed Sep 16 , 2020
Facebook actually made something good. It’s called Horizon and it’s only in VR. I didn’t expect to like Facebook’s Horizon.  That’s not to say I really had any idea of what to expect prior to my first visit to the social media giant’s Pixar film-like virtual world. It’s just that […] 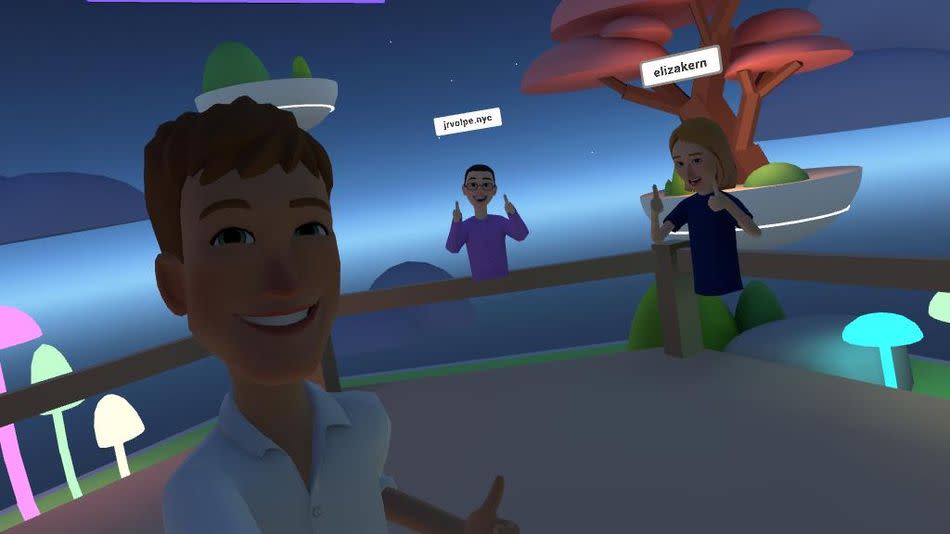