Retailers are running out of the video-game consoles almost as soon as they arrive. The shortage is due to not only pent-up demand but also logistical challenges caused by the COVID-19 pandemic.

You can always look for the gaming systems on auction sites such as eBay and StockX, but be prepared to pay about twice as much as the $500 retail price.

That’s disappointing news not just for gamers but also for parents whose child has put the consoles at the top of their gift list. This year has already been bad enough without a big holiday meltdown.

While there’s no sure way to snag a new console in time for the holidays, we do have some tips to improve the odds. And if all else fails, we have suggestions for alternative gifts for gamers.

Because stores often get shipments every few days, start by requesting in-stock alerts from retailers like Best Buy and GameStop. Include less common outlets, such as Adorama and Newegg.

Also enlist the help of experts who keep a close eye on video game-related stock. Wario64, a prominent Twitter user, regularly tweets in-stock notifications, for example. And the PlayStation and Xbox communities on Reddit and Discord (which is basically a gamer-specific version of Slack or Microsoft Teams) often share shopping updates in their chat rooms.

Don’t let the Sold Out notices on retailer websites deter you, says Tom Sabatino, who leads the team of shoppers that buys every product Consumer Reports tests, from headphones to refrigerators to pickup trucks.

“Go to the store anyway, just to ask the salespeople when it could be in stock, and they might have it,” he says. “That does happen.”

Take a half-hour to call local stores to ask if they have the game console in stock and, if not, when it might be available. They may even be willing to take an order or put you on a waiting list. Don’t worry—you won’t end up with multiple consoles.

“No store is going to give you a hard time” if you need to return one, Sabatino says.

And, as noted above, there are plenty of other devices and services that would make a great gift for the gamer in your life—especially if you promise to get them one of the new consoles for some future birthday or for the holidays next year.

“Kids aren’t dumb and know how hard it is to get these things this year,” says David Abrams, founder of CAG, an almost 20-year-old online community that focuses on video game deals. “If I was a kid, I would gladly take that IOU.”

Hardware You Can Buy Now

If your search for the latest console proves fruitless, consider buying the Sony PlayStation 4, Microsoft Xbox One, or Nintendo Switch.

Those are the previous-generation consoles released in 2013 and, for the Switch, 2017. They’re all available in stores for around $300. While the Switch is readily available at Amazon, Target, and Walmart, you may have better luck finding the Sony and Microsoft consoles at dedicated electronics retailers like GameStop and Best Buy.

Why buy an old console when there’s a new one?

In addition to availability, all three consoles boast large game libraries, providing countless hours of entertainment while you wait for the new consoles to arrive in greater supply. Many of the games, especially those released at the beginning of the consoles’ lifespans, can be purchased for as little as $20 apiece.

What’s more, some recent releases for those older systems, including Marvel’s Spider-Man: Miles Morales and FIFA 21, allow you to upgrade to the PS5 and Series X versions free of charge. That means you can enjoy the old version now and play the new one the minute you buy the new console. (The caveats vary by game.)

The Switch is Nintendo’s latest console. On Nov. 23, the company announced a new bundle featuring the console, a free copy of racing game Mario Kart 8 Deluxe (normally $60), and three free months (normally $8) of the gaming subscription service Nintendo Switch Online—all for the $300 you’d have spent for the Switch alone a month ago.

The Switch may also be attractive to parents of young children because of Nintendo’s emphasis on family-friendly games like Super Mario 3D All-Stars, which features three titles from the late ’90s and early 2000s, and an augmented reality version of Mario Kart that uses real-life toy cars equipped with cameras. The cameras beam video to your Switch as you race around your home.

You also might consider a gaming laptop. About a decade ago that would have been a very expensive proposition, but you can find decent models for under $1,000 nowadays. And there’s a large selection of games at app stores like Steam, the Epic Games Store, and Gog, including popular action-adventure titles such as Assassin’s Creed Valhalla and rally racer Dirt 5.

And, lastly, the Oculus Quest 2 virtual reality headset released a few months ago is readily available for $300. It’s a stand-alone device that doesn’t need to be connected (or “tethered,” in VR speak) to a PC or console: You strap on the headset, grab the controllers, and explore the virtual worlds. Many of the activities are similar to what you’d find on a console or PC—there’s a huge number of shooting games, for example—but you’ll discover plenty of novel activities (chat apps and other options), as well.

Microsoft, Nintendo, and Sony all have subscription services that are vaguely similar to Netflix. (See GamePass, Nintendo Switch Online, and PlayStation Plus.) There are subtle differences between the services, but all work with the older consoles.

Let’s start with GamePass, which is probably the most impressive of the lot.

For $15 per month, you can access a library of more than 100 games playable on your Xbox One (and Xbox Series X, when you eventually find one), your gaming PC, and your Android phone (but not an iPhone), and can at times play those games online with your friends. As with Netflix, you lose access to the games if you cancel your subscription.

Being a GamePass member also unlocks perks like discounts on games you can download and keep forever.

Sony’s PlayStation Plus is less comprehensive than GamePass but still pairs well with a PS4 (and PS5). For $60 per year, you can play multiplayer games online with your friends and download a handful of free games each month. They’re yours to play for as long as you maintain your subscription.

Nintendo Switch Online is perhaps the most limited of the three, but it’s also the most affordable, starting at $4 per month or $20 a year. It unlocks the ability to play games online with your friends and grants access to a library of classic games like the original Legend of Zelda and Super Mario Bros.

If you have a halfway decent broadband connection (say, better than 35 megabits per second), you might also consider a game “streaming” service like Google Stadia or Amazon Luna. These let you play popular games like Control and Assassin’s Creed on streaming devices like the Chromecast and Fire TV without having to download them. They’re interesting options, but because they’re wholly dependent on having a solid, reliable broadband connection (which not everyone has), they may have a limited audience.

A new mobile device can also provide hours of gaming fun when combined with the appropriate service.

Apple Arcade and Google Play Pass both grant access to a large library of games for $5 per month. The titles are downloaded directly to your device (not streamed), so you don’t have to worry as much about having a fast and stable connection.

All the games are designed with touch-screen controls in mind. But some are tricky to play that way, so you might want to gift a wireless controller, too. Add a $10 phone mount and you’re all set.

Thu Nov 26 , 2020
(CNN) —   Walmart’s been celebrating Black Friday differently this year by spreading savings throughout the entire month of November with “Black Friday Deals for Days.” Lots of early deals are already live, with Walmart’s third and final savings event launching online on November 25 at 7 p.m. Even more […] 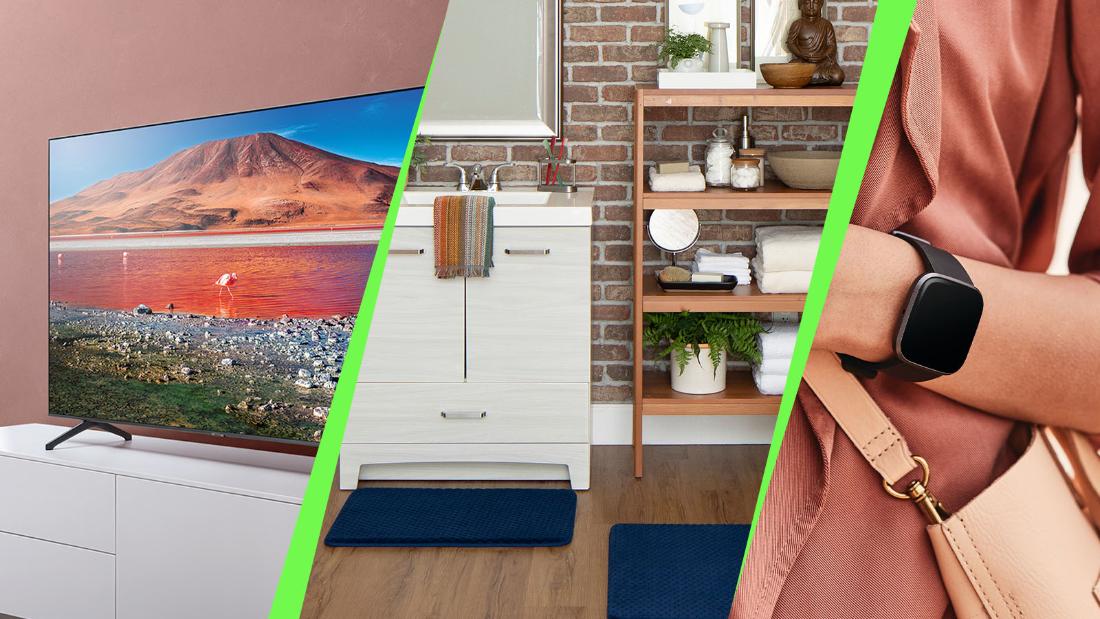