Which places can you visit with your ‘Christmas bubble’?

You can only meet up with the three households of your bubble in private homes or gardens, places of worship or outdoor public spaces, according to the guidance. This would exclude bars, restaurants or other hospitality or entertainment venues.

However, outside of the specific rules relaxed for Christmas, other tiered measures will apply in England. Under tier 1 restrictions, people must follow the rule of six when meeting other households indoors and outdoors, which includes hospitality venues. As such, Christmas bubbles of six people or fewer in a tier 1 area of England should be able to meet up in pubs and restaurants.

That said, only three areas – Cornwall, the Isles of Scilly and the Isle of Wight have been placed into the lowest Tier 1 category. Details of the tier allocations have now been released, with tiers reassessed every fortnight.

Here’s a comprehensive look at what each tier will look like, under the Government’s revamped Covid restrictions.

You can also stay overnight with your Christmas bubble for the five days, in a private home or in private rented accommodation, such as an Airbnb property.

In England, you can also stay in a hotel during the Christmas period, including in a tier 3 area, but only on your own or with members of your household.

In Scotland, you must stay with your bubble where they are hosting you.

How can you get there?

If you need to travel with, or with part of, your Christmas bubble over the relaxation period, you should follow the Government’s safer transport guidance. This includes:

Different rules for safe travel may apply in Scotland, Wales and Northern Ireland.

Transport Secretary Grant Shapps has said that people should avoid using railways over Christmas, due to “limitations” imposed on the network’s capacity. Engineering work and a squeeze on demand for seating has raised concerns about the ability to maintain social distancing. Mr Shapps suggested that most people should aim to travel by private car.

Public transport, including rail, may be particularly busy on December 23 and 27 with people looking to make the most of the five day period. Amid increasing fears the UK’s rail and road network will descend into mayhem this Christmas Avanti West Coast has removed peak restrictions from December 18 until the end of the year, as Labour called for a blanket suspension of peak rail fares over Christmas, as well as mass testing for Covid-19 among transport workers.

Coach services will be in operation, such as National Express and Mega Bus. National Express said it would increase its services in December and again later in the month as we get closer to Christmas. It will be the only national public transport network operating on Christmas Day with services every day of the festive season.

On railways, engineering works are set to go ahead as planned between December 23 and January 4. London King’s Cross will be closed completely, for example, with no trains between Christmas Eve evening and New Year’s Eve morning. See details of further works, here.

Some operators are insisting on advance reservations to ensure passengers can adhere to social distancing.

Congestion is typical on some motorways over the Christmas period and it is likely more people will opt to drive to see this year.

Which tier is my area in – and what does that mean for travel ?

The Government has released a list of local tier restrictions for England, which will come into effect from December 2. The list will be reviewed every two weeks, so your area could move into a lower or higher tier ahead of Christmas (tier-based travel restrictions will be lifted for the Christmas relaxation period).

Millions of people will be placed under Tier 3 restrictions in areas like Manchester, Birmingham, Kent, Bristol, Leicester and parts of Essex.

London, Liverpool, Suffolk and the majority of England will be in Tier 2, meaning pubs and bars must close unless operating as restaurants that serve substantial meals.

Only Cornwall, the Isle of Wight and Isles of Scilly will return to Tier 1 on December 2.

Tier decisions will primarily be based on five key indicators, according to the Cabinet Office: case detection rates in all age groups; case detection rates in the over 60s; the rate at which cases are rising or falling; the positivity rate (the number of positive cases detected as a percentage of tests taken); and pressure on the NHS, including current and projected occupancy.

Thu Dec 17 , 2020
Caregivers at the Sacramento Children’s Home on Sutterville Road in Sacramento have been scrambling in recent weeks to make sure that 20 foster boys in their residential program have enough time on computers and tablets to participate in online schooling and enjoy leisure time. “Usually the boys would attend local […] 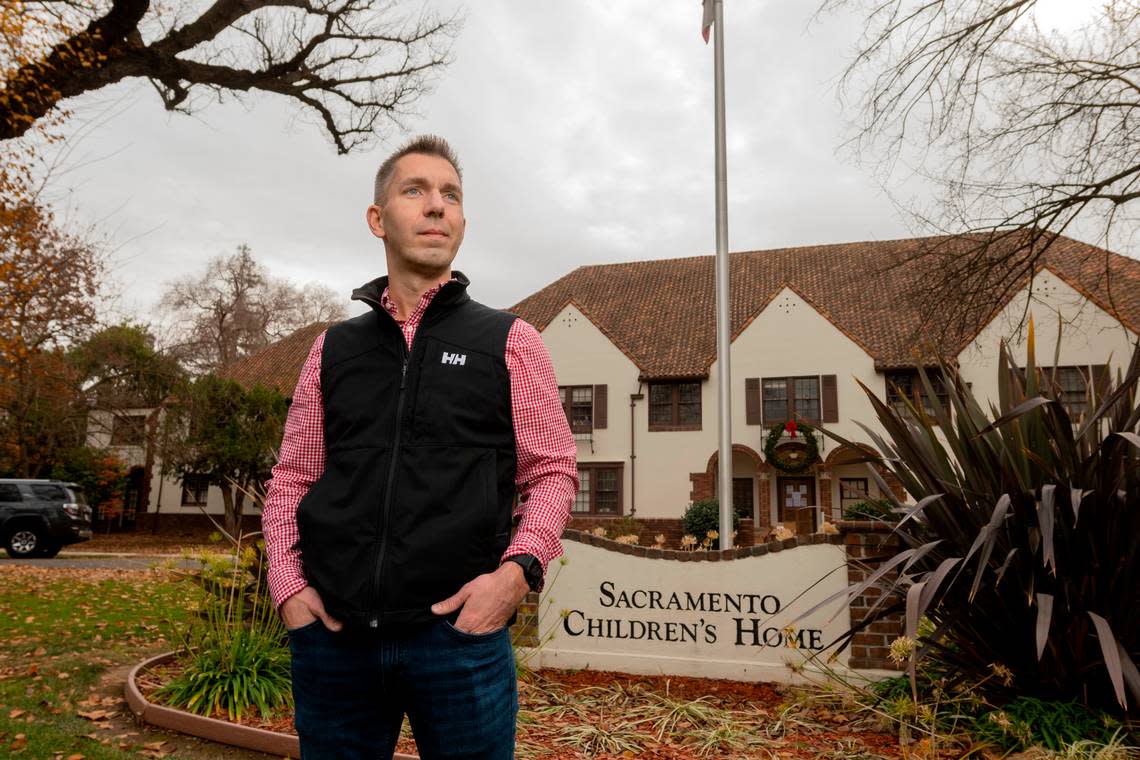