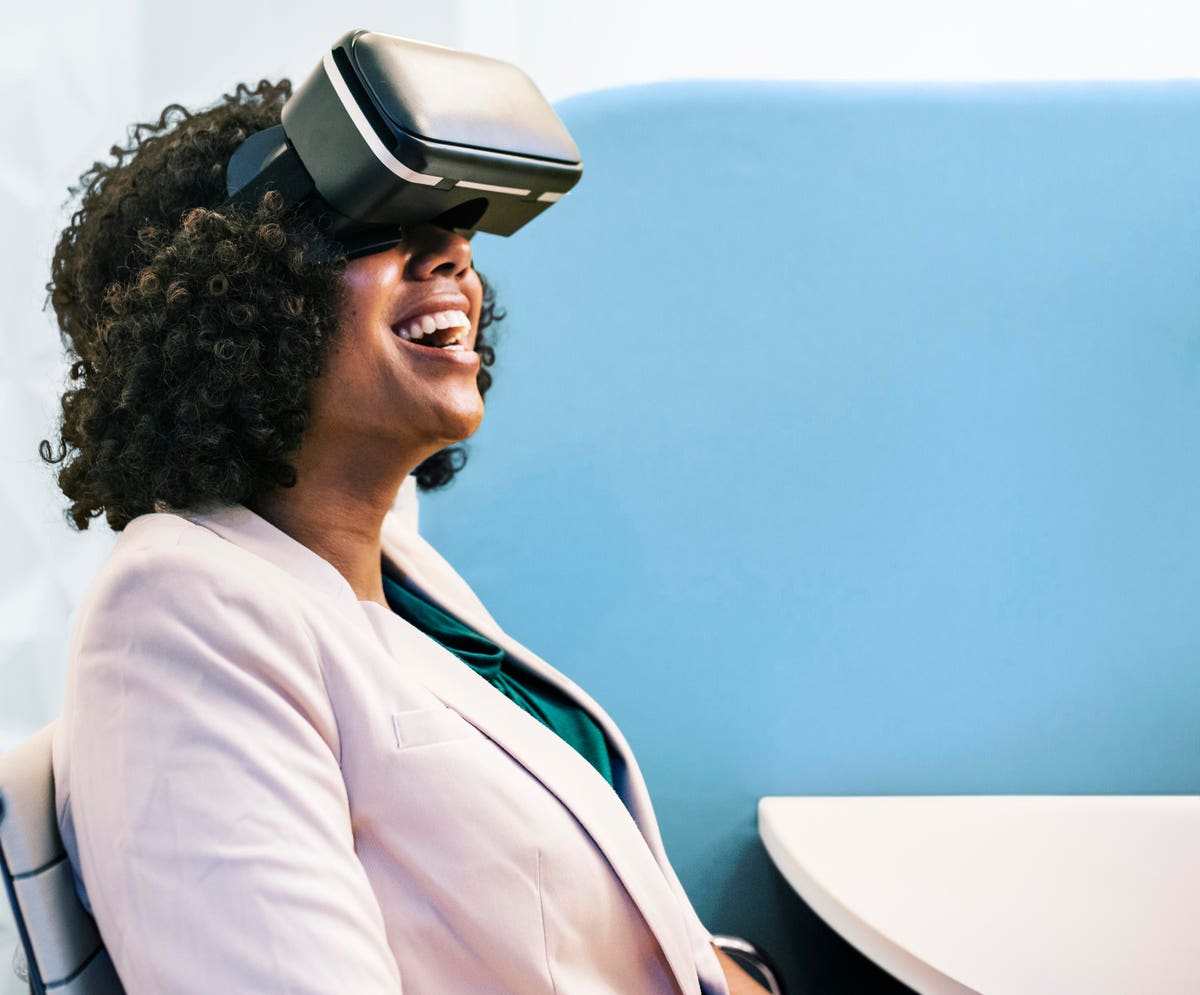 Virtual reality (VR) is more than just a toy. This is the argument of PwC’s new report, which investigates the effectiveness of VR for soft, or what should be called human, skills training. While the report has some very intriguing findings around how useful VR is for training compared to other methods, it is clear that there are significant barriers to overcome including cost and a dire lack of content.

In a remote working environment that demands engaging digital content, as well as a compelling substitute for physical human interaction (assuming that we’ll be working alongside our pets and partners for considerably longer than expected), can VR prove itself to be more than just an expensive novelty, or worse, a high-powered procrastination tool?

Companies have relied on badly photocopied exercise sheets and point and click computer programs for decades, but PwC argues that they just don’t cut the mustard when engagement is key. “In-person or digital methods like online training don’t give learners an opportunity to immerse themselves in the experience the way VR does,” says Scott Likens, PwC’s emerging technology leader. Likens’ emphasis on the immersive, interactive experience of VR is not inconsequential, and VR’s suitability for learning human skills (such as diversity and inclusion training) is clear when directly compared to classroom learning or e-learning.

Ear-marked in the report as a “key driver of success” when learning human skills, the confidence to act on what they had learned in training increased by 275% for employees using VR compared to 198% for classroom-trained employees. The immersive nature of VR could also explain the disparity in training times between methods, with the report pointing out that “even with the time taken for employees to get used to VR” and discounting travel time to a classroom, VR was up to 4 times faster than classroom training and took 2/3rds as long as elearning methods (29 minutes versus 45 minutes for e-learning, and almost 2 hours in a classroom).

While a day in a classroom or two hours doing a video comprehension exercise may not be particularly engaging, Likens explains that VR enables participants to focus more fully: “While working remotely, we have more things distracting us than we would in an office, but VR demands employees’ full attention once they put on the headset.” With many people working from home, however, the logistics of actually getting headsets to people becomes more difficult – Liken’s suggestion that “employers can distribute headsets to workers’ homes and sanitize them after each use, for example, by bathing them in UVC light” seems like it might mitigate the time- and cost-effectiveness of VR – but some are seeing ways around this problem that further showcase the potential of the technology. “We have seen a lot of companies trying to create a virtual workspace, where employees can interact and socialize in a virtual room, to bring the environment closer psychologically,” says Dr. Anna Carolina Muller Queiroz, whom I spoke to because of her expertise in VR education research, and will revisit in part two of this article.

The possibilities of VR in a workspace are certainly novel, and the technology could lead to some truly revolutionary practices that could bring a new meaning to office work. In the post-covid era, new technology will need to be harnessed to keep people engaged, accessible, and mentally healthy while working from home – in fact, more immersive working experiences can only be good for self-management practices while offices remain distanced.

VR could provide some of the answers to the conundrum we find ourselves in, but continued enthusiasm is needed to bring down operating costs and to create the necessary content to replace and update tired training methods. Working from home might not be as exciting as it once was, but if VR development continues at this pace, we could all be chatting around a virtual water cooler sooner than you might think.

Part two of this article, will delve deeper into the use of VR as an educational tool, and explore how some of the challenges currently facing the technology can be overcome.