Organizers said 50,000 people would travel to the beer-loving town, maxing out its supply of hotel rooms, pack its bars and generate $200 million in economic activity.

But the coronavirus outbreak disrupted those plans, forcing Democrats to conduct a virtual convention with a limited number of speakers, officials and production staff on the ground, even after the city sunk millions into preparations.

When the DNC announced two weeks ago that former Vice President Joe Biden would not travel to Wisconsin and instead accept the party’s nomination in Delaware, it was a predictable — if no less painful reminder — of the damage caused by the pandemic that has devastated society and killed more than 170,000 Americans, Milwaukee business leaders told ABC News.

Mark Eitel, who owns several bars and restaurants in Milwaukee, was expecting his best year on record.

The Milwaukee Bucks were supposed to make a run to the NBA Finals in the Fiserv Forum, the new arena that was also set to host the DNC across the street from one of his restaurants. Summerfest, billed as the world’s largest music festival, was set to bring nearly one million people to Milwaukee, as would the state fair later in the summer. Golf’s Ryder Cup was also scheduled to be played in nearby Sheboygan in September, capping off the momentous summer.

With the state legislature poised to pass a law allowing the city’s bars to stay open until 4 a.m. during the convention, he was planning to hire more workers and expand his service.

But the coronavirus scuttled or postponed all of the major events planned for the summer. And the beer hall remains closed — Eitel has only been able to bring back 40 of his 125 employees since shutting down in March.

“We got taken out at the knees,” he said. “Some of our businesses are closed indefinitely or permanently.”

The streets of downtown Milwaukee were quiet and nearly empty ahead of the convention. Joggers ran past shuttered stores, weaving through the limited security barriers set up by police and Secret Service officers around the Wisconsin Center, where the handful of Milwaukee-based speakers will address the convention this week and the DNC’s production team is based

“It’s pretty surreal,” Emma Moss, a radiologist who recently moved to Milwaukee from Arizona, said of the empty streets, as she walked her dog, Squirt.

Some of the city’s bars and restaurants are open with reduced capacity, along with new safety protocols.

“We sanitize the darts,” said Paul Johnson, who has worked behind the bar at Wolski’s Tavern for 30 years. “I hate wearing masks, but I have 90 at home right now. It’s what we have to do.”

Anodyne Coffee was set to rent out its roasting plant and event space to the National Conference of Democratic Mayors for the entire week.

But the group, like so many others that traditionally organize parties and gatherings during convention week, pulled out this spring, as the coronavirus outbreak showed no signs of slowing down.

“To say it stings would be an understatement,” owner Matt McClutchy told ABC News. “It would have been tremendous for all of Milwaukee.”

George Keppler, the co-owner of Brew City Brands, a local clothing company, was set to make merchandise for the DNC before the convention was scrapped. And while the company’s wholesale and retail business has slowed, he said there has been an “uptick” in online sales for Milwaukee masks and hand sanitizer.

Local officials plan to promote the city aggressively, even with the virtual convention. Peggy Williams-Smith, the CEO of Visit Milwaukee, said the group sent hundreds of boxes of promotional materials to delegates, party donors and journalists across the country.

“We are doing everything we can to show the world that even from a virtual perspective what a great city this is,” she said.

Milwaukee did see some benefit from the convention before the pandemic, officials said. After the DNC announced the selection in 2019, the city’s largest venues received more inquiries from groups “looking to come to Milwaukee because of that endorsement,” said Marty Brooks, the president and CEO of the Wisconsin Center District, which operates the convention center.

“The interest in Milwaukee after COVID will still be there because of the convention,” he predicted.

Eitel, the restaurateur, hopes the Democratic Party sees it that way, too — though DNC Chairman Tom Perez has said the location of the 2024 convention will be determined by his successor.

“Our biggest hope, as a collective … is that the DNC recognizes that we did try to move a mountain to make this happen, and they give us another shot in four years,” he said.

Mon Aug 17 , 2020
John Middlebrook/CSM via AP Images For The Daily Beast’s membership drive, we’re asking our reporters and editors to tell the stories behind some of their biggest stories. In early 2019, we got a call from a stranger who wanted to talk about two of the political internet’s most notorious fraudsters. […] 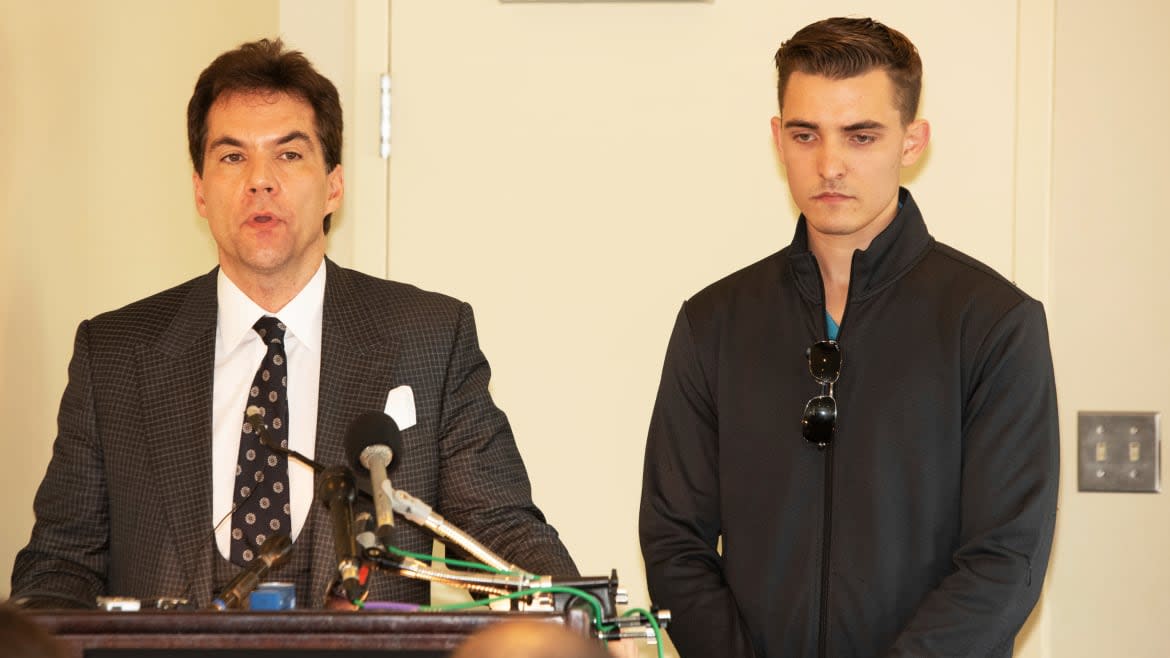