British holidaymakers can now visit just eight countries without restrictions, as Liechtenstein begins its ban on travellers from the UK.

Of the UK’s green-listed countries, only Germany, Poland, Italy, Sweden, Turkey, mainland Greece, Gibraltar and San Marino are welcoming British people without the need to take a Covid-19 test or go into quarantine on arrival.

In recent weeks the UK’s travel corridor list has shrunk. Last Thursday, Transport Minister Grant Shapps announced that anyone arriving into the UK from Denmark, Iceland, Slovakia and the island of Curacao would have to go into a mandatory 14-day quarantine.

Holiday favourites including Spain, France, mainland Portugal and a number of Greek islands are red-listed, as Covid-19 cases at the destinations exceed the threshold of cases per 100,000 over a seven-day average. In Scotland, the whole of Greece is red-listed.

Shapps will make another announcement this Thursday. As it stands, Sweden (24.7 cases per 100,000) risks losing its travel corridor, as does Poland which has just crept past the Government’s quarantine threshold (20.1 cases per 100,000.

Why you really should consider taking a gap year in Britain

Let’s face it, a gap year abroad in the midst of a pandemic isn’t particularly advisable, writes Gavin Haines. But while coronavirus has rained on the campfires of thousands of would-be backpackers, all is not lost.

True, the rite of passage has narrowed, but those eager to take time out before entering employment or higher education can embark on a number of CV-enhancing programmes on home soil and online, which have the added benefit of being cheaper than schlepping halfway around the world.

From learning to be a deckhand to helping vulnerable people through the pandemic, here are some of the things gappers can do to advance themselves and society while the world waits to reopen.

Jersey has one of the highest testing rates in Europe, and has tested more than 72,000 inbound travellers since the beginning of the pandemic.

“Protecting everyone on the island is the priority, which is why we have implemented our unique and comprehensive fast-track border testing system to keep people safe whilst also optimising the traveller experience. Since reopening our borders in July, we have tested over 72,000 inbound travellers and have the highest level of testing in Europe, with one of the lowest rates of positive tests.

“People should feel safe and reassured when they visit the island, so they can make the most of our pristine beaches, uninterrupted coastal paths and unique hospitality during their stay. We will continue to follow the government guidelines to ensure Jersey continues to be an ideal destination for domestic travellers.”

Boris Johnson has promised to restore to nature 30 per cent of Britain by 2030 as he signs a biodiversity pledge with other UN leaders.

The Prime Minister will today unfurl plans to secure an area of land the size of the Lake District and South Downs national parks combined to make sure almost a third of the country is wild.

The move, which you can read more of here, has got the support of at least one environmental campaigner…

Things are returning to normal in Melbourne, which is entering its second step on the roadmap to reopening. Up to five people from two households can now meet outdoors, and the nighttime curfew has been lifted.

What’s the situation in Barbados?

Barbados has categorised the UK as ‘high risk’, meaning holidaymakers need to go into self-isolation and take a test five days after arrival. The rules are as follows:

“It is our commitment that our visitors, many of whom are like family to us, are able to enjoy a reprieve from the challenges in their own countries by being safe in Barbados. At the same time, Barbadians are known for our hospitality so we want to ensure that our citizens welcome all our guests to the island with a high level of confidence because we have put measures in place at the border for all our visitors,” said Senator Lisa Cummins, minister of Tourism of the island.

“When you get here, testing services are easily accessible, our health care professionals are here to help take great care of you, even if you become unwell, our hotel sector completely transformed their amazing properties to ensure that our guests enjoy their time with us even though there is a public health consideration, our hospitality sector, including restaurants and attractions are rolling out the red carpet because they are just so happy to have our guests back.”

India has reported its coronavirus cases have passed six million.

The country is on course to pass the United States in the coming weeks as the country with the most cases.

India has been adding 80,000 to 90,000 fresh infections each day since it started reporting the world’s highest daily rises from late August.

Narendra Modi, the Indian Prime Minister, on Sunday called on people to keep wearing face coverings when they venture outside of their homes.

An American could face up to two years in prison after leaving a negative review for a hotel in Thailand on TripAdvisor, Verity Bowman reports.

The Sea View Resort on Koh Chang island claims Wesley Barnes launched a barrage of complaints against them after his stay, forcing them to take legal action.

“The Sea View Resort owner filed a complaint that the defendant had posted unfair reviews on his hotel on the Tripadvisor website,” Colonel Thanapon Taemsara of Koh Chang police told AFP.

Mr Barnes is accused of causing “damage to the reputation of the hotel”, as well as arguing with them during his stay about a corkage fee for alcohol brought to the hotel.

He was arrested by immigration police and returned to Koh Chang for a brief detention, but is now out on bail.

EasyJet ‘hanging by a thread’

Martin Entwisle, an EasyJet captain and union rep, has said he believes low-cost airline easyJet is “hanging by a thread”.

“I think the easiest way to put it is that the company is hanging by a thread. The situation is dire.

“If we don’t have a good summer next summer and make a considerable amount of money, we really are going to be out of a job.”

The airline has taken drastic measures since the beginning of the pandemic. It placed around 80 per cent of its pilots on the Government’s furlough scheme, secured a £600m loan from the Treasury’s Covid-19 fund, and in May announced plans to lay off 4,500 staff across Europe.

‘No standing, dancing or singing’ – Après-ski is off the menu as Austrian government clamps down

Après-ski in Austria is set to be drastically different this winter as the Government outlines new rules to rein in the country’s popular off-the-slope parties, Lucy Aspden reports.

Gone are the days of dancing on tables in crowded bars. Instead après-ski venues, such as those in popular party destinations St Anton, Iscghl and Sölden, will have to adhere to new capacity restrictions and skiers must be seated at tables, both in and outdoors.

“There will be no après-ski as we know it from earlier times,” Tourism Minister Elisabeth Koestinger told a news conference this week.

Qatar Airways yesterday reported a $1.92 billion (£1.5bn) loss for the last financial year, in what the carrier describes as “the most challenging period in global aviation’s history.” The previous year, Qatar’s loss was $639 million (£501m).

The company blames the pandemic, along with its liquidation of shares in Air Italy and the ongoing boycott of Doha, its base, by four Arab nations on political grounds; Bahrain, Egypt, Saudi Arabia and the United Arab Emirates.

The drop in demand following the Covid-19 outbreak led Qatar to shed thousands of staff members and ground its Airbus A380s. “It is not commercially or environmentally justifiable to operate such a large aircraft in the current market,” the airline said in a statement.

Plans for an annual ‘Neighbour Day’ bank holiday to celebrate the work of volunteers are being studied by Boris Johnson as part of a blueprint to strengthen community cohesion.

A report commissioned by the Prime Minister suggests residents should be given automatic permission to close off roads for street parties on one day each year so they can get to know each other better.

The idea is copied from the French Fete des Voisons, which translates as “neighbour party”, in which residents get together outdoors or simply invite a neighbour for a meal.

Danny Kruger, the Tory MP for Devizes and Mr Johnson’s political secretary, has submitted a 52-page report to Downing Street titled Levelling Up Our Communities, after being asked to find ways of building on the altruism shown by millions during the coronavirus lockdown.

Can I go on holiday if I’m in a local lockdown area?

Yes, but it depends which part of the UK you live in.

The Government’s advice reads: “If you live inside an area with local restrictions, you can go on holiday outside that area but you should only socialise indoors with members of your own household or support bubble.”

They add: “You can only stay in a private home – which includes self-catered accommodation such as holiday cottages, apartments or boats – with members of your own household or support bubble.”

On hotels, the Government advises: “You can stay in a hotel or similar accommodation (for example, a hostel or bed and breakfast) with another household but should avoid sharing rooms with people you do not live with or otherwise socialising indoors, for example in each other’s rooms, in reception areas, or in restaurants and bars.”

The Government advises against sharing a caravan with another household, and they say you should not share private vehicles to travel to your holiday destination.

However, holidaymakers in Wales are being advised that they cannot go on holiday if their area is in a local lockdown. The advice for Cardiff Council reads: “We know this will be disappointing but travelling out of the Cardiff Council area for a holiday is not one of the permitted reasons under the regulations. The regulations are in place to protect you and your loved ones from coronavirus and to prevent the onward spread of the virus to other areas of Wales, the UK and other countries.”

A recap of yesterday’s main stories:

Now, on with today’s news.

The pandemic, a deadly cancer and my 14-year-old daughter

Mon Sep 28 , 2020
By Darrin Zammit Lupi TAL-OROQQ, Malta (Reuters) – Strangely, I can’t clearly picture the face of the surgeon who changed my family’s life. I’m not sure I’d recognize him if I bumped into him in the street. And yet I can vividly recall his face turning pale the instant he looked at […] 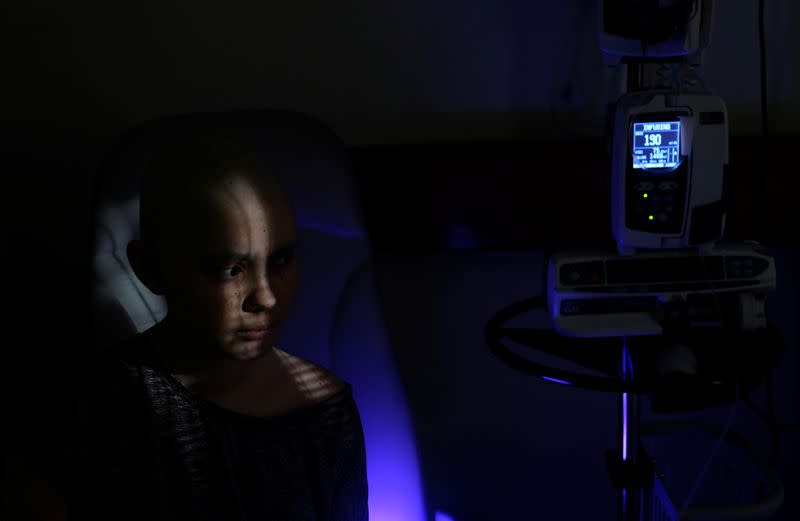