‘Tis the season for publications and websites to let us know whether we should feel good about where we live. And U.S. News & World Report‘s just-released roster should give those who reside in Boulder and Denver, as well as Coloradans in general, a warm glow.

The outlet’s “150 Best Places to Live in the U.S. in 2020-21” ranks Boulder first and Denver second — and as a bonus, Colorado Springs and Fort Collins finish in fourth and fifth place, respectively. The only other city to squeeze into the top five is Austin, Texas, with the six-through-ten slots occupied by Charlotte, North Carolina; Des Moines, Iowa; Fayetteville, Arkansas; Portland, Oregon, and San Francisco, California.

The many lists of this sort seldom agree with each other. For example, Money magazine recently dubbed Parker the second-best place to live in the country and ranked Broomfield eighteenth — yet neither of these communities make U.S. News‘s top 150.

Still, U.S. News is one of the most credible organizations taking on this particular challenge, and the explanations for the results offer flattering and sometimes amusing insights into how outsiders view (and envy) Colorado living.

The Boulder blurb makes a case for the town’s, well, sexiness. “Snug against the foothills where the Great Plains give rise to the Rocky Mountains, Boulder is nothing if not a looker,” the item begins. “This city reveals its spectacle at the crest of a hill on U.S. Route 36 from Denver with its iconic sandstone slabs rising from the mountains, prefaced by pine-clad mesas and cradled within the backdrop of the snow-capped Indian Peaks.”

From there, U.S. News touts Boulder’s wellness opportunities, including “city-led forest bathing and free meditation sessions,” as well as “an abundance of marijuana dispensaries, spas and alternative health care studios. The full spectrum of yoga disciplines is represented here, as well as a plethora of fitness options to ignite your curiosity, including parkour, aerial dance and ‘Animal Flow’ ground-based movement classes.”

The piece continues: “This blissed-out enclave attracts young professionals, families, academics, scientists, transplants from both coasts, old guards who insist it was way cooler in the 1970s and, above all, lovers of outdoor recreation. Trail runners, hikers, climbers, cyclists and more move here to live in this perpetual playground, where the answer to ‘What do you do?’ is often one’s activity of choice, not occupation.”

Denver, for its part, “has come a long way since its Wild West days,” its U.S. News snippet states. “Over time, its residents have evolved from gunslinging gamblers into an easygoing crowd of ambitious, progressive-minded fitness fanatics and nature lovers who are eager to push the envelope on everything from civil rights to drug laws.”

Yep, weed gets a major salute, in this passage: “Some might say that Denver is experiencing a gold rush of a different color: green. After Colorado residents voted to legalize recreational marijuana in 2012, Denver has seen a surge in cannabis-related commerce, from dispensaries to magazines to high-tech paraphernalia like vaporizers, rolling papers, lotions and storage containers — and the industry is gaining speed.”

In contrast, the Springs is said to offer, among other things, “a low cost of living, a low unemployment rate and a variety of recreation and entertainment options. Colorado Springs attracts students, professionals and military personnel to the area with a cache of military bases and nationally ranked colleges. Plus, construction in Colorado Springs is booming, with new residences popping up alongside quality schools, parks and cultural attractions.” Not to mention its proximity to ski resorts and retailers in Denver.

And Fort Collins? The community “was once overshadowed by Colorado’s heavily populated Front Range and famous mountain ski towns,” its overview acknowledges. “That status has changed as new residents — increasingly priced out of the Denver or Boulder markets — have moved an hour north to join a growing community that retains a small-town feel.” Shout-outs go to Colorado State University, New Belgium Brewing Co. and Rocky Mountain National Park.

The sound you just heard was caused by thousands of people outside Colorado packing their cars and heading this way. Thanks a lot, U.S. News.

Michael Roberts has written for Westword since October 1990, serving stints as music editor and media columnist. He currently covers everything from breaking news and politics to sports and stories that defy categorization.

Tue Oct 13 , 2020
With the sweeping implementation of new safety standards and legislations, hoteliers are quickly shifting focus towards employee protection. Recent world events have led to a notable development of a new employee safety culture in hotels and protecting those working alone in guestrooms or other remote areas who frequently find themselves […] 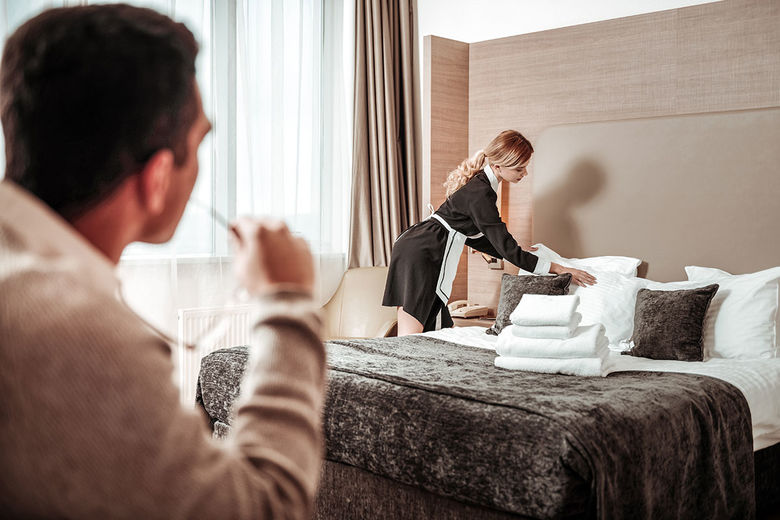