Boris Johnson will face a grilling from senior MPs amid a warning that the “failure” of the test and trace system is placing “huge pressure” on the health service.

As the system struggles to cope with soaring demand, people have been turning up to accident and emergency to ask for Covid-19 tests.

Mr Johnson will face deputy Labour leader Angela Rayner for PMQs because Sir Keir Starmer remains in isolation awaiting a coronavirus test result for a member of his family.

His appearance in the Commons comes after Bolton NHS Foundation Trust said on Tuesday that a “high volume” of patients arrived to the A&E requesting tests.

Trust chair Professor Donna Hall said people in Bolton – which has the highest infection rate in England – had been trying to get tests via their GPs and the hospital when they could not get them online or at mobile testing units.

She told BBC Radio Four’s The World Tonight: “We had 100 people in our accident and emergency unit today, five ambulances queueing outside.

“This failure of the test and trace system is placing huge pressure on the NHS and social care.”

Prof Hall said the situation now is different to March when they had extra staff drafted in and were not expected to continue with planned operations.

Asked if there was more that could have been done to avoid this situation, she said: “I’ve felt that there has been a real lack of a cohesive strategy for the whole containment of Covid-19 and for test and trace.”

The PM will later face questions from select committee chairs who make up the Liaison Committee.

With his Government facing challenges on multiple fronts, Mr Johnson will be asked about the response to the pandemic, as well as Brexit negotiations and the Integrated Review of foreign policy, defence, security and international development.

Health Secretary Matt Hancock has admitted that it might be “a matter of weeks” before the testing problems are resolved, and on Tuesday announced that tests in England will be rationed.

He said there would be “prioritisation” of tests for people with acute clinical need and those in social care settings as he acknowledged “operational challenges” in the system.

The updated prioritisation list which will set out who will be at the front of the queue is yet to be published.

Mr Hancock faced a barrage of complaints in the Commons about people being forced to travel long distances or even enter false addresses in the hope of securing a test.

He said there had been a “sharp rise” in people coming forward for a test, including some who are not eligible but Government sources acknowledged there was no accurate data on the latter.

He told BBC Two’s Newsnight: “I think we have got two or three weeks to fix these things. If we don’t, the worry is we’ll never regain control as we go into the rest of the autumn and winter.”

Leading figures in Whitehall are braced for a difficult winter with the possibility of further increases in Covid-19 cases among the more vulnerable elderly population.

“This is going to be a problem for six months and I think anyone who thinks otherwise is extremely optimistic,” a senior source said.

While the number of people in hospital with Covid-19 was relatively low, the source said “the direction of travel is only going to go one way, in my view between now and the winter, which is up”.

Another 3,105 coronavirus cases confirmed as UK death toll rises by 27

Wed Sep 16 , 2020
MARYLAND — The Maryland Department of Transportation is partnering with state and local agencies, nonprofits and communities across Maryland to host Walktober, a monthlong series of activities and virtual webinars in October promoting the state’s official exercise: walking. Maryland named walking as the official state exercise in October 2008. Walktober […] 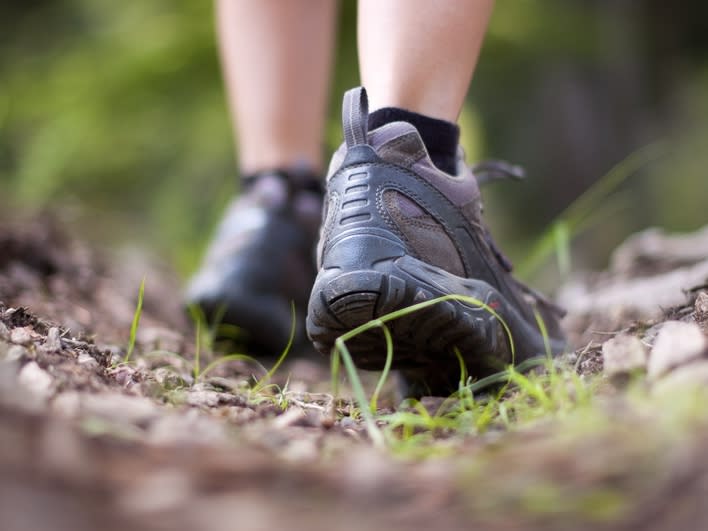