Boat and RV dealers have seen an unprecedented sales boom during the past few months, as people look for ways to cool off and have fun this summer while adhering to COVID-19 social distancing recommendations.

“It’s been record-breaking,” said Bob Bense, the owner of Superior Boat Repair and Sales. “I’ve been in the industry for almost four decades and I’ve never seen anything like it.”

“With boating restrictions lifted in all 50 states, and the COVID-19 response dictating where and how far people can travel, the forecast for boating this summer is looking bright,” NMMA representative John-Michael Donahue wrote in an email to The Sacramento Bee.

RV sales are on the rise, too, said Monika Geraci, a representative from the RV Industry Association. Some dealers said they’ve seen 200 percent increases in sales, compared to the same period of time in 2019. And a recent survey about Americans’ attitudes toward travel found that 46 million people are planning an RV trip in the next 12 months.

RV’s are a great way to get out and travel while adhering to social distancing, Geraci said.

The increase in demand has been a double-edged sword for Ron Sutton, the owner of Delta Breeze Marine, who said that he’s had to work hard to make sure everybody on his small team stays safe and healthy while they repair boats. He provides masks for any customer who wants to come into the Sacramento store and doesn’t bring their own.

“It’s kind of like working a Mother’s Day restaurant shift and being short-staffed,” Sutton said. It took a bit longer this season for business to start developing, he said, but now the phones are ringing constantly.

Darrol Martin, a sales manager at Bill Eads RV in Rocklin, says that this is the busiest he’s ever seen sales in his six years of experience. “We’re running out of inventory,” he said. “We’ve just about sold everything on the lot.”

Inventory is a problem for boat and RV dealers alike, as both industries struggle to make up for the manufacturing slowdown due to the pandemic. RV manufacturers struggled with the shutdown at the outset of the pandemic, Geraci said. And even with the increased consumer interest in RV’s, six weeks of lost production has taken a toll on the industry.

Boat manufacturers were hit hard in the early days of the pandemic, too. Fifteen percent of manufacturers have permanently closed facilities or locations and 71 percent were facing supply chain disruptions, according to an April report by NMMA.

Although production is starting up again, Bob Bense says that Superior Boat in Rancho Cordova won’t have stock inventory until August or September.

More than 100 million Americans go boating every year, according to a statement from the National Marine Manufacturers Association. But much of the interest for boats and RV’s has come from new customers who are excited about getting on the water or on the road for the first time.

“Entry-level products are flying off the shelves,” said Donahue, the representative from NMMA. “There’s never been a better time to enter the boating lifestyle.”

Geraci, the RV Industry Association spokesman, said that it’s important for people to find alternative ways to travel, because the pandemic is going to be with us for a while.

As Californians try to find ways to get out of the house with many sports leagues and summer camps cancelled, they can look to the boat launch ramps and campgrounds reopening across the state for recreation.

Tue Jul 7 , 2020
Every Tuesday and Thursday morning, Gomi Zou signs onto her computer to virtually attend her communications class: a recorded lecture voiced by her professor against the backdrop of a black screen. “I spend five hours each weekday watching lectures on my computer, which doesn’t include prep and doing assignments for […] 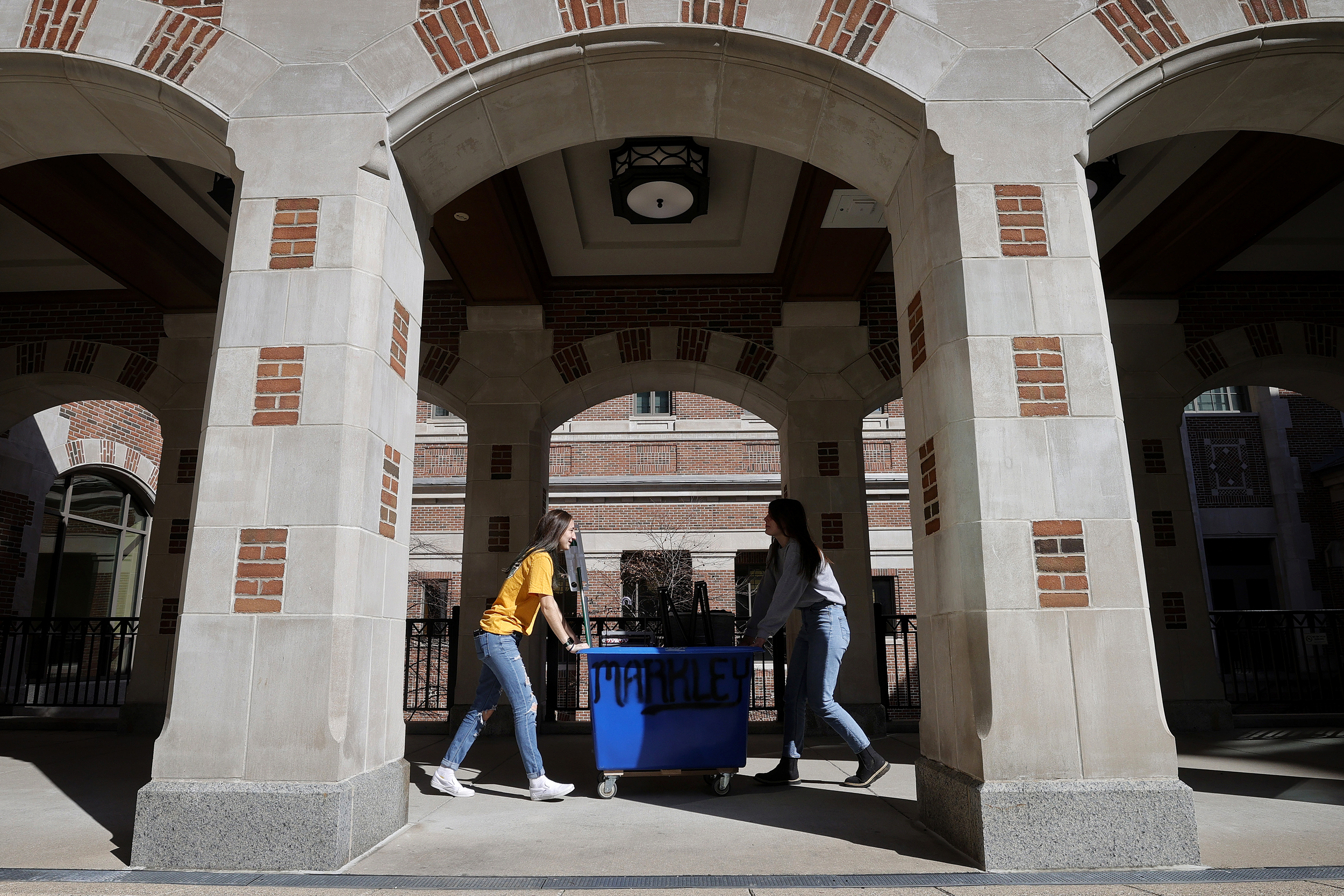