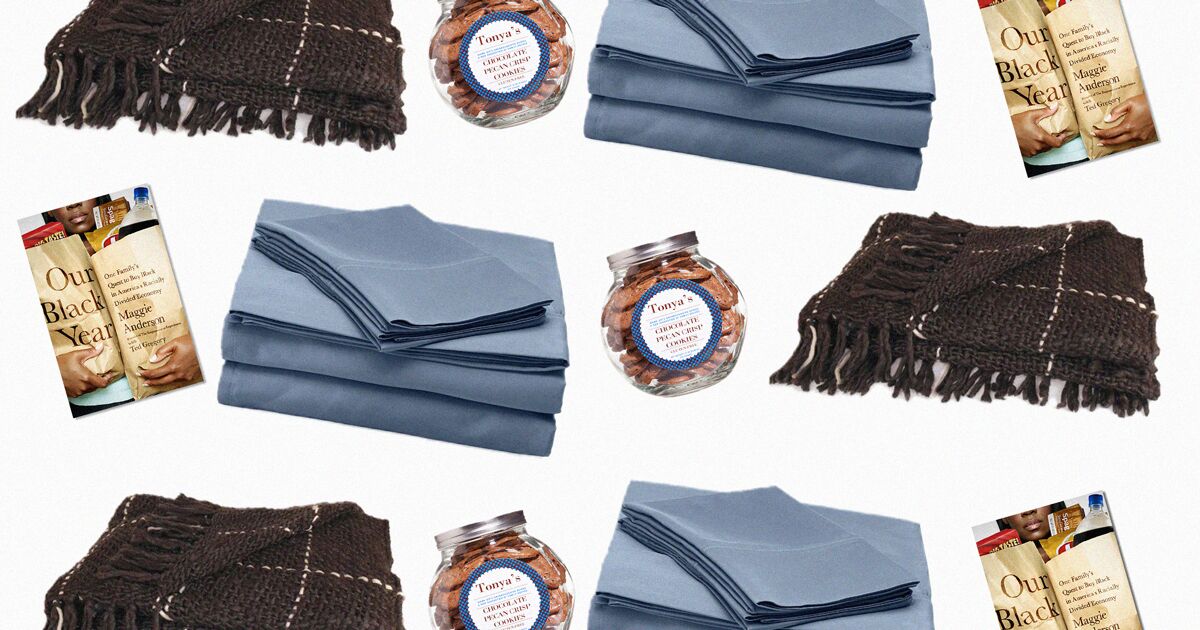 Business at Robin Wilson’s home textiles company in New York City spiked this summer as Black Lives Matter protests spread across the country and #BuyBlack trended on social media. After appearing on several lists of Black-owned businesses, Wilson saw a 3,000% jump in sales for a few weeks, from the end of May to the start of July. “It was mind-boggling. It was wonderful,” she says. “Then it slowed down.” Even so, she says, her sales have remained up about 25% since the beginning of the summer.

After a dismal year amid the pandemic, the retail industry is counting on shoppers to spend more freely this holiday season. Many Black business owners such as Wilson have seen wild swings in 2020, from no revenue during early state lockdowns to sometimes unsustainable demand by early summer. These proprietors say the next three months will prove whether shopping has changed for good.

“It takes a convulsive tragedy to occur in the African American community before companies and consumers really start to vote with their wallets,” Wilson says. Her business received one of its largest orders, from a hotel group that learned of the company from a list of Black-owned businesses. Another customer placed an order for 25 throw blankets and included a note that said, “This is my Christmas gift for everyone.”

Tonya Council, the owner of Tonya’s Cookies and the Sweet Tea & Cornbread store in Raleigh, N.C., has seen steady interest since June, with sales up 15%. Her bakery aims to capitalize on the moment by expanding with nut brittles for the holidays and possibly gift sets featuring products by other North Carolina artisans.

A majority of Americans say it’s important to support Black-owned businesses, according to an online survey conducted Oct. 8-10 by the Harris Poll with Bloomberg News. Among the more than 2,000 respondents, 61% of Black shoppers said they were more likely now than last year to make a conscious effort to shop at Black-owned stores, compared with 37% of White consumers. Black-owned businesses numbered 124,004 in the Census Bureau’s latest Annual Business Survey.

Supporting Black businesses has never been easier, says Maggie Anderson, whose book Our Black Year chronicled her family’s pledge to buy Black in 2009. She points out that search engines and apps such as Yelp and OpenTable now highlight Black businesses: “We make it hard to buy Black, when it really is not.” Often shoppers assume there aren’t Black-owned businesses that sell what they’re looking for, she says. More alarming, some consumers might view businesses owned by Black entrepreneurs as second-rate. “The problem,” she says, “is that buying Black is seen as an afterthought.”

Not for Courtney Grasty. The 34-year-old from Frederick, Md., has only Black-owned businesses on her Christmas shopping list. She’s compiled a spreadsheet of 600 clothing and footwear brands and shares links with family members and friends, suggesting businesses to buy from.

Bunnie Hilliard owns Brave & Kind Bookshop in Decatur, Ga. She says after actress Gabrielle Union shared information on Instagram about the 2-year-old store, online sales in June surpassed all of 2019’s web sales. “Last year we were just a local bookstore, whereas now we’re an online bookshop with more of a national presence,” she says. The shop already is seeing rising holiday demand.

Dee Marshall, a diversity and inclusion adviser to the Black Women’s Roundtable, an empowerment program, expects the most lasting impact on Black Americans’ economic life to be from corporate commitments to hire Black employees and investors’ decisions to support Black ventures. “Black folks are watching,” she says. “They’ll be watching this time next year to see what happened since you said Black Lives Matter. The conversation is beyond holiday shopping and buying Black. It’s about economic injustice.”

Read next: A Black Dyer Shakes Up the White-Dominated Yarn Industry

BOTTOM LINE –
Black small-business owners have gone from no revenue during lockdown to unsustainable demand over the summer. The holiday season will test long-term consumer support.