The next Call of Duty video game returns to the setting of the original Black Ops, when Cold War intrigue dominated global relations.

Call of Duty: Black Ops Cold War, out Nov. 13, will be available for Sony PlayStation 4, Xbox One and PCs on Battle.net – and for PS5 and Xbox One X this upcoming holiday season when the systems are released.

The action takes place during the Cold War in 1981, which was “a year that saw two global superpowers locked in a nuclear arms race, conspiracies about presidential elections, illegal military operations on both sides, the paranoia of spies living next door, and looming over all of this was the fear and shadow of World War III,” said Dan Vondrak, creative developer at Raven Software.

Nintendo Switch: Popular game consoles are finally back in stock—here’s where to get one

Summer games: Coronavirus-curbed video gamers are falling for ‘Fall Guys’ and other diversions

Black Ops Cold War is a direct sequel to the original Black Ops, which was set in the Sixties and included action in Cuba and the Vietnam War. This new story involves the search for a Soviet agent code-named Perseus, who has infiltrated the U.S. government and who is suspected to have stolen plans for the atomic bomb.

Screenwriter David Goyer (“The Dark Knight”), who collaborated on the first Black Ops game, returned “to make sure we were crafting something that was going to be worthy of that sequel to Black Ops 1,” Vondrak said.

The fictional story is enhanced by the use of recently declassified U.S. government documents, says lead writer Murray Kraft. “When I was researching this game I was shocked that some of things I was learning actually happened. I’m sure some of our players will be. too.”

Scenes in the game take place in Asia, Europe, North America and Latin America. A flashback mission also returns to the Vietnam War. “This is a pure Black Ops game, a geopolitical globe-trotting battle set in the early 1980s where players will come face to face with historical figures,” said Treyarch co-studio head Dan Bunting.

Some new twists await players. They will be able to create their own character and choose to play as a male, female or a gender-neutral protagonist, a character who’s identity is “classified” and will be referred to with pronouns such as “they” as opposed to “him” or “her.” A gender neutral character’s voice also won’t be heard in the game.

You can also augment your character’s psychological profile in a way that will reflect how they react. For instance, you can describe your character as reliable, loyal or unstable with violent tendencies.

Players can also unlock two optional side missions by uncovering various materials in the main story campaign. How you play the game can lead to different endings for the game, Vondrak says.

“This was something that was really important to us to make sure the player could feel those earlier decisions mattered,” he said. “We didn’t want to go crazy and dilute it with too many endings, but we added enough where they can feel the impact on the world and feel some ownership over the game.”

Players can go back later and replay the game and take different actions to see how the ending might change, the developers say.

Pre-orders for digital versions of the game are being taken by Activision’s web site for the standard edition ($59.99), which plays on PCs or – for consoles – either on PS4 or Xbox One and on the successive new consoles via backward-compatibility; the cross-gen edition ($69.99), which lets you download a copy for current consoles (PS4 or Xbox One) and a next-gen copy (for PS5 or Xbox Series X) when it launches; and an Ultimate Edition ($89.99 for consoles and PCs), which adds a nine-item Land, Sea and Air bundle of in-game content including special customized skins for your character, weapons and vehicles. Console versions include the cross-gen edition for the new systems, too. All pre-orders include access to an open beta test of the online multiplayer game.

“Call of Duty has, and probably always will be, defined and driven by its multiplayer.  And with Warzone and Call of Duty: Mobile adding a great deal to the overall strength of the brand, this game is in an incredibly strong position for this holiday,” he said.

Activision will reveal the game’s multiplayer mode Sept. 9 on Twitch.tv/CallofDuty. Players can get check out a special event in the free-to-play Call of Duty: Warzone.

Wed Aug 26 , 2020
LAKEWOOD, NJ — While many school districts across New Jersey have planned to start the 2020-21 school year with hybrid or remote learning, the Lakewood School District has been moving full speed ahead on a plan for fully in-person learning, five days a week. That plan, which received approval from […] 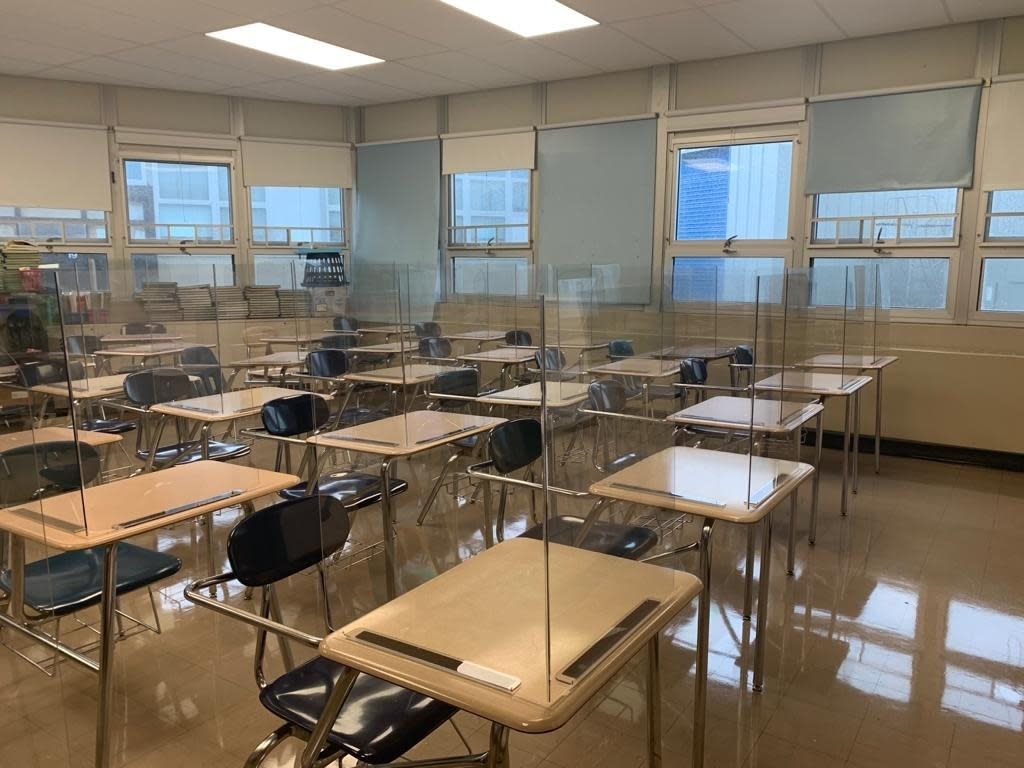