Biniyam is losing his patience with his pregnant girlfriend, Ariela. On Monday’s episode of 90 Day Fiancé: The Other Way, the usually mild-mannered Biniyam pushed back over Ariela’s unrealistic expectations of their life together in Ethiopia.

Ariela left a comfortable life in New Jersey to be with Biniyam in Ethiopia, and so that he could be there for the birth of their child. However, life in the country has definitely not been what she expected. Ariela has been dismayed at the living conditions, and was disappointed in the apartment he chose for them to live in. She was even more alarmed when he said he was actually renovating a second apartment that he was planning to move them to, though when she visited the apartment, it wasn’t close to being livable.

Early in the episode, it was already clear Ariela was reaching her breaking point in Ethiopia.

“Like, there’s a lot of pressure on me to stay here even if things are not going good,” she told him. “Like, how are you going to feel if I leave? I can. The only reason I’m having a baby here is for you.”

When Biniyam told her that she couldn’t leave and that she just needed to tell him when she was unhappy, she said that he didn’t understand her.

“You have to understand I’m entirely dependent on you,” she said. “I don’t have friends here. I don’t have a life here. I’m not working here. Like, I have nothing outside of you. I need things to be good for me to want to stay here. To be honest with you, I don’t think you understand me really well. … I’m here now, in the beginning because I love you. But life is not easy in Ethiopia to want to stay here for no reason.”

Later in the episode, Ariela brought Biniyam to tour an apartment that she found online. While Ariela loved that it was big, had hot water and Wi-Fi, the apartment cost $1,400 a month, which Biniyam noted was very expensive for his country. Biniyam, who works as an entertainer, told cameras that he only made $500 a month doing various jobs in video choreography, personal training, circus and dancing at a nightclub.

“Ariela, she knows that I’m zero zero account,” he said.

While discussing the apartment, Biniyam said that he liked the place but it was too far from his jobs and he didn’t want to leave Ariela alone all the time. But Ariela wasn’t buying it, and told him that she was going to be alone a lot of the time anyway so he shouldn’t use that as an excuse. The couple then started awkwardly fighting during the car ride home in front of their taxi driver. Biniyam said that the apartment he was renovating would only cost $170 a month and that Ariela had to understand that they could not afford the apartment she wanted.

When Biniyam said he could get everything done a week, she lost her cool.

“No! No! We can’t!” she yelled. “It takes time! Because that sh** takes time! But you knew I was coming, you could have had everything fixed in the apartment ready, already! If it was about money, you could have asked me for the money. So it’s your f**king fault! It’s not about what I like, I can’t live in a place that has no bathroom and no kitchen!”

At that point, Biniyam said there was no way he could win when it came to Ariela and told her to “shut up” and that she didn’t know everything about construction.

“No, but I’m logical,” she shot back. “It doesn’t work like that. … There’s no floor. There’s no stove. You’re so f**king excited for this baby, but how are we actually going to take care of it?”

When Biniyam said Ariela stressed him out, she again wasn’t having it.

“Think about how I feel,” she said. “I came here from the U.S., and I don’t have any place to live. I don’t know what we’re going to do. I’m nervous about the baby. I’m here alone. My mom left. I’m the one who’s stressed out, not you.”

After Biniyam said he was “done” and that there was nothing more he could do, she replied, “You didn’t make any effort, so you can’t be done.”

Biniyam continued to ask her for just one week, but Ariela refused.

‘90 Day Fiance: The Other Way:’ Deavan Confronts Jihoon About Cheating in Intense Supertease

Tue Sep 1 , 2020
MANHATTAN BEACH, CA — “Pierspective,” a community art exhibit designed to celebrate the 100th anniversary of the Manhattan Beach Pier, is now available to view online. The art exhibit is sponsored by the City of Manhattan Beach Parks and Recreation Department and has rolled out two online ways to view […] 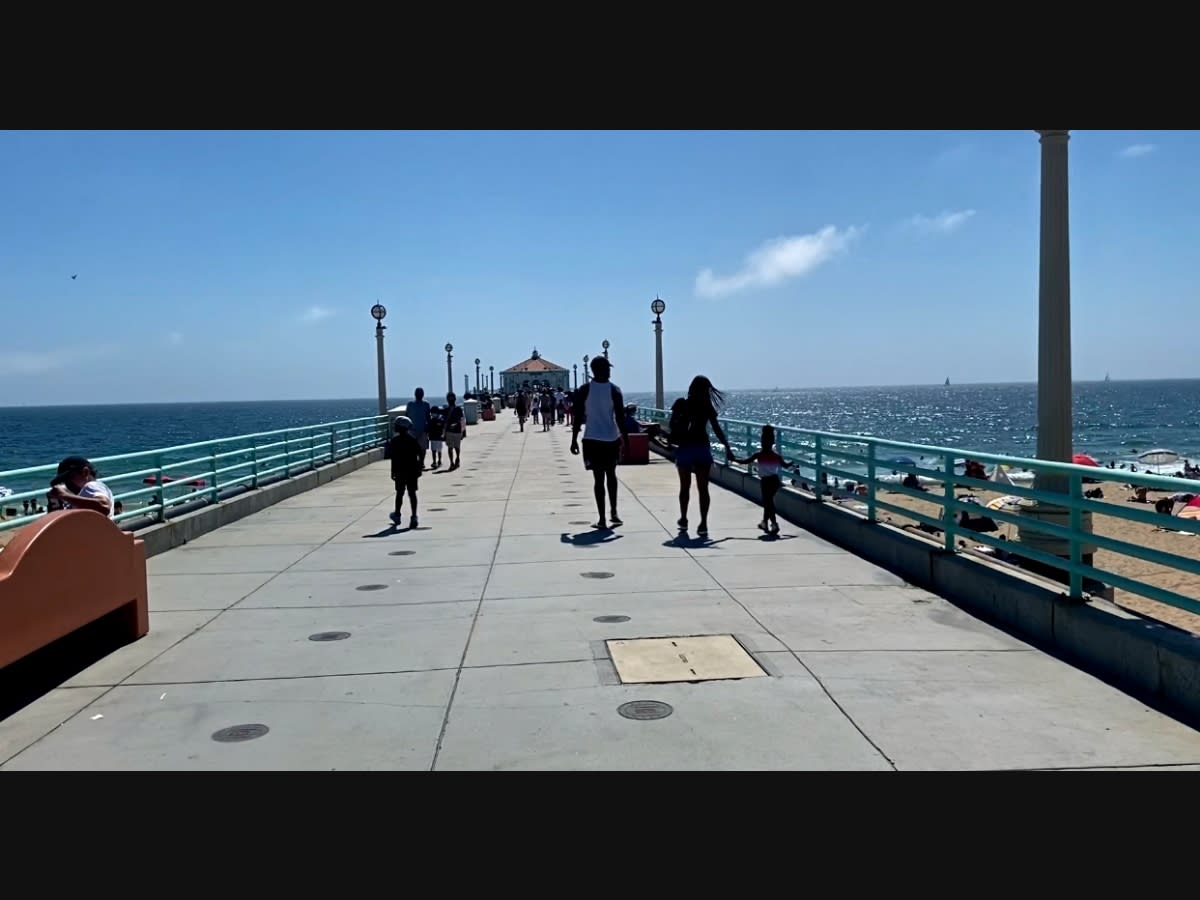