Democratic nominee Joe Biden is filling his calendar with in-person campaign events as the race shifts into high gear. Biden, speaking with teachers in his hometown of Wilmington, Delaware, kicked off his education tour, where he plans to make a combination of virtual and in-person stops at schools in major battleground states. He reiterated his plans for returning to the classroom safely, as millions of students are beginning the year with virtual learning this month.

The former vice president is also planning to visit Kenosha, Wisconsin Thursday, two days after President Trump visited. The city has been embroiled in protests since Jacob Blake was shot seven times in the back by a Kenosha police officer. This marks Biden’s first campaign travel outside of his home state of Delaware or nearby Pennsylvania since the pandemic began.

But this trip won’t be without controversy. Biden has been preaching social distancing and criticizing president trump for his choice to travel. Democratic leaders in Wisconsin, including the governor and Kenosha’s mayor, said only a few days ago it was too soon for the president to visit, only now to have the Democratic nominee make a campaign stop.

But the campaign clearly sees a need to ramp up its attacks on President Trump’s law and order message, airing a related 60-second ad in nine battleground states, including Wisconsin.

The Biden campaign will be well positioned to continue that messaging into the fall, announcing Wednesday what it called the “best month for online fundraising in political history,” raising a staggering $364.5 million, including $205 million from small dollar donations.

‘Having a kid changed my whole perspective’

Thu Sep 3 , 2020
‘[Having a kid is] a constant adventure that is almost like hanging out with a new person every day’: Pictures by Hanly Banks Callahan It is mid-morning in Austin, Texas, and Bill Callahan is mystified by the absence of Hurricane Laura. The previous evening, a category 4 storm was set […] 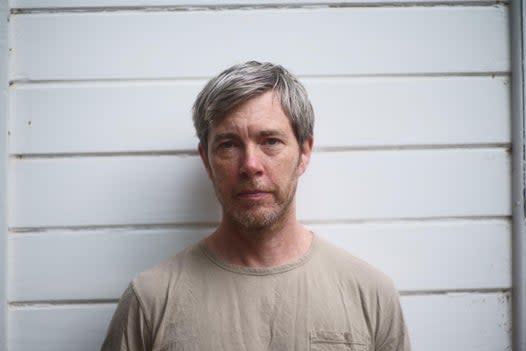