LAS VEGAS (AP) — Democrats hoping to create a surge of enthusiasm behind Joe Biden’s presidential bid will look to Wednesday’s convention headliners to broaden the party’s focus from a multipart rebuke of President Donald Trump to a message of change.

Former President Barack Obama, a transformational figure for the Democratic Party who picked Biden as his running mate a dozen years ago, has top billing for the third night of the all-virtual Democratic National Convention, starting at 9 p.m. EDT.

Before Obama tries to tap into the broad collation that elected him as the country’s first Black president, the lineup is set for America to hear from Sen. Kamala Harris in her first prime-time appearance as Biden’s history-making running mate. Hillary Clinton, another barrier breaker as the first female presidential nominee of any major party, will also speak.

What to watch on the third night of the convention:

While his wife, Michelle, opened the convention Monday night by delivering a grave censure of Trump, Barack Obama will likely focus more on the Democratic nominee and a revival of the message of hope and change that ushered in his own term in office.

After remaining conspicuously absent from the fray as Biden pushed through a crowded primary contest, Obama’s address will give one of the party’s most popular figures a chance to make a personal case for the man who served by his side for two terms.

Whether Obama can pass on his personal popularity to Biden won’t be immediately clear without a live audience, but expect the 44th president to describe Biden as a trusted counselor and copilot who helped him pass his signature health care law and navigate a complex world.

Harris, the first Black woman and the first Asian American woman selected for a major-party ticket, gives Democrats a barrier-breaking team that echoes the landmark of Obama’s election. The California senator, who often invokes other groundbreakers such as Shirley Chisholm, the first Black woman elected to Congress, will get a chance to highlight her own historic role. She will also use the moment to argue for Biden at the top of the ticket and set aside a notable moment from her first debate appearance as a presidential candidate last year, when she criticized his record on race over his previous opposition to federally mandated busing.

Clinton’s historic campaign for the White House remains a rallying point for party faithful, something the former first lady is likely to pay homage to in her speech. But divisions remain in the party after her candidacy and the rise of the Bernie Sanders coalition on the left. Clinton drew attention last year for seeming to magnify the split by saying about Sanders in a documentary: “Nobody likes him. Nobody wants to work with him.” She’s unlikely to revive that sentiment this week. Instead, look for her reiterate a message that does unify Democrats: skewering Trump.

Though Obama will offer Democrats nostalgia for his election to and tenure in the White House, the party hopes to send a message that a Biden presidency won’t be a 2008 redux. The theme of the night is “A More Perfect Union,” with speakers set to lay out goals for a Biden presidency. Speakers include Sen. Elizabeth Warren, who unveiled a catalog of action plans during her own presidential campaign, some of which Biden has adopted. Others slated to appear include House Speaker Nancy Pelosi, Wisconsin Gov. Tony Evers, New Mexico Gov. Michelle Lujan Grisham, who was considered a potential running mate for Biden, and former Rep. Gabrielle Giffords, a prominent advocate for tighter gun restrictions who was shot in the head in an attempted assassination in 2011.

Trump is working to stay in the mix this week with a series of trips to counter the Democratic convention programming. He made appearances Monday in Wisconsin and Minnesota and on Tuesday in Arizona, with speeches taking on Biden and the Democrats. The president plans to travel to Pennsylvania, where Biden was born, on Thursday, hours before the Democrat’s acceptance speech. The president doesn’t have any travel planned for Wednesday but is likely to continue delivering his reactions to the Democratic convention on Twitter.

The program runs from 9 p.m. to 11 p.m. Eastern time. The DNC’s official livestream is available online and via its social media channels. CNN, C-SPAN, MSNBC and PBS will air the full two hours, while ABC, CBS, Fox News Channel and NBC will air the final hour, from 10 p.m. to 11 p.m. The convention is also available to watch on Twitch, Apple TV, Roku and Amazon Fire TV.

Wed Aug 19 , 2020
Cases rose again on Tuesday – Getty Croatia remains on the cusp of UK quarantine restrictions after a recent rise in coronavirus cases. The country recorded its second highest number of new infections on Tuesday – 199 – leading to a rise up to 27 in its cumulative seven-day average, […] 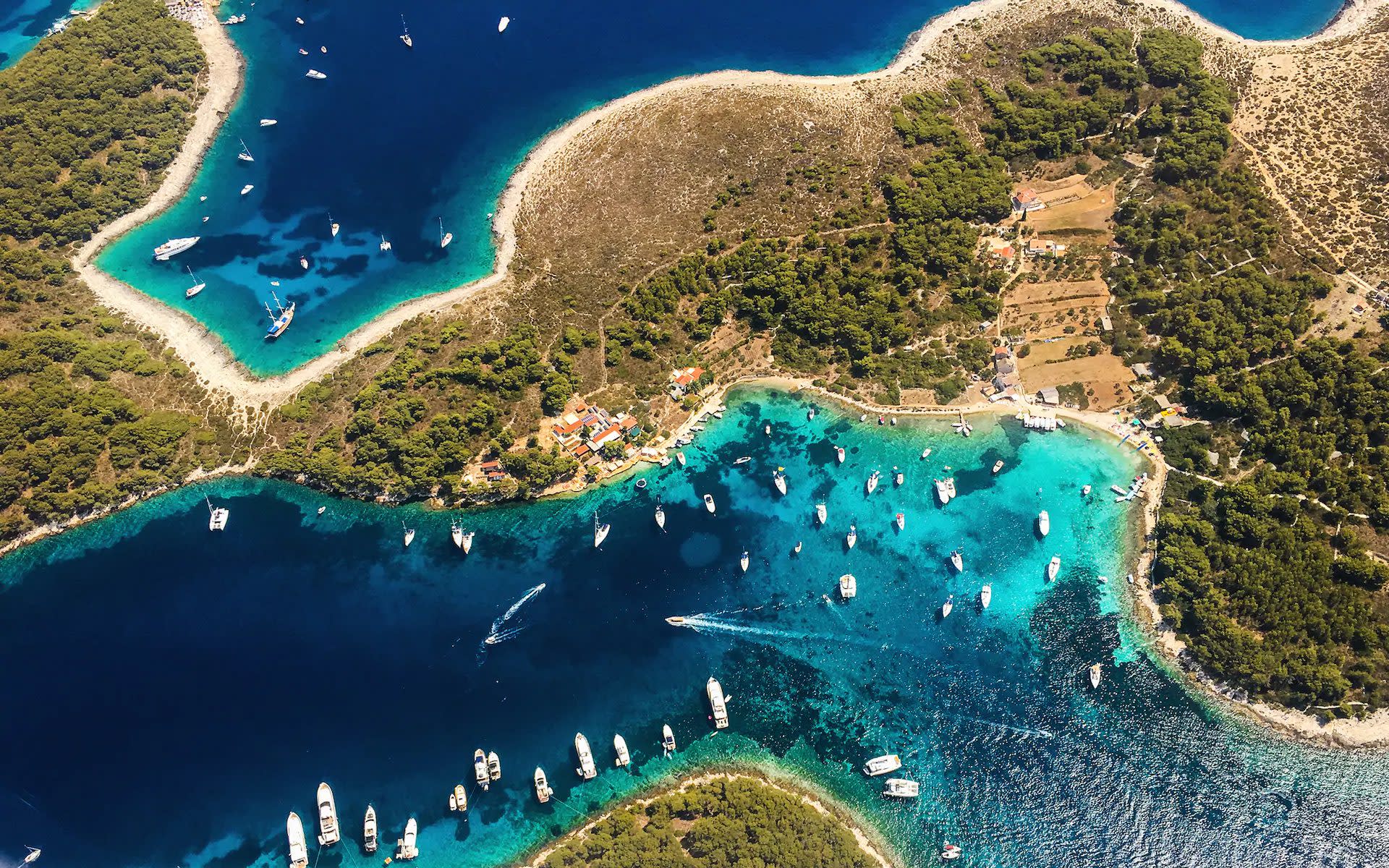