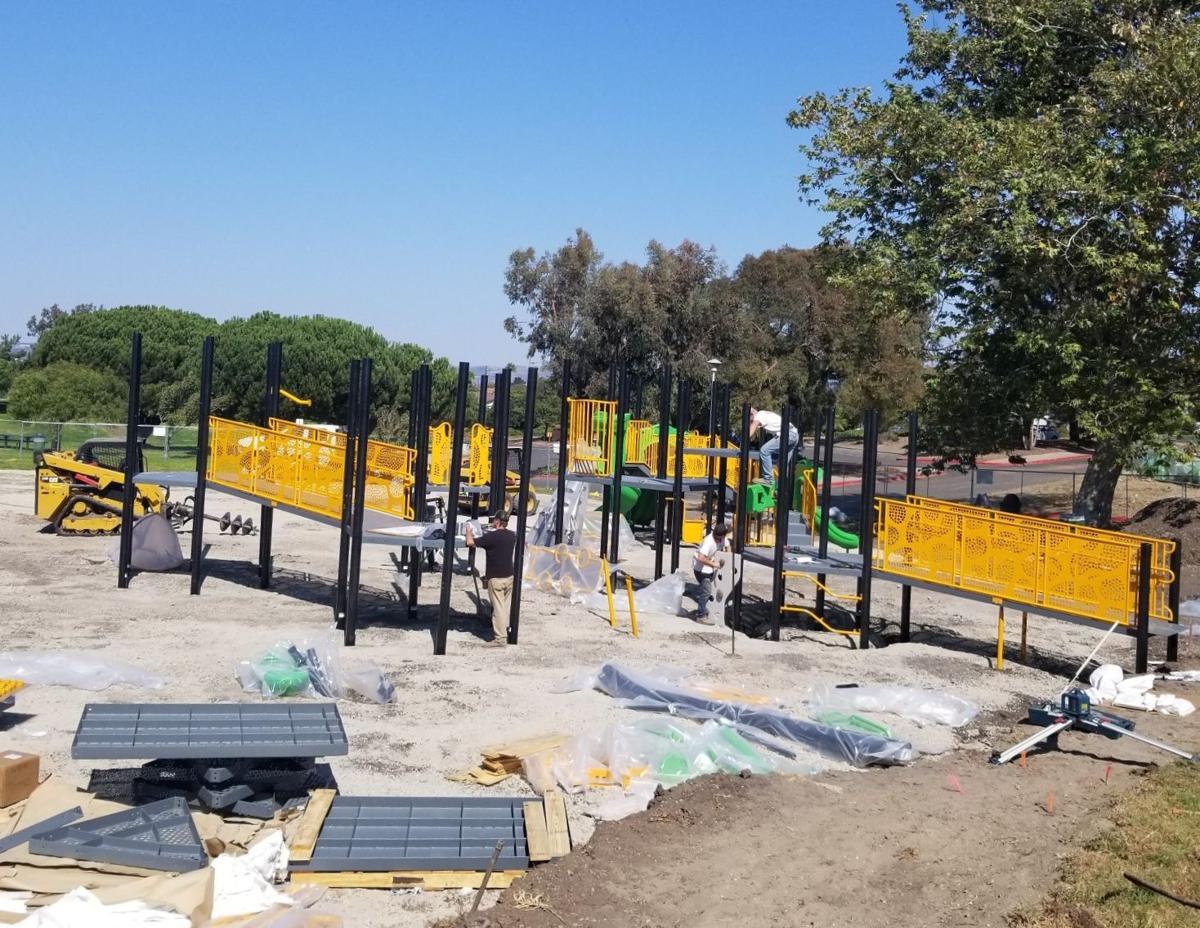 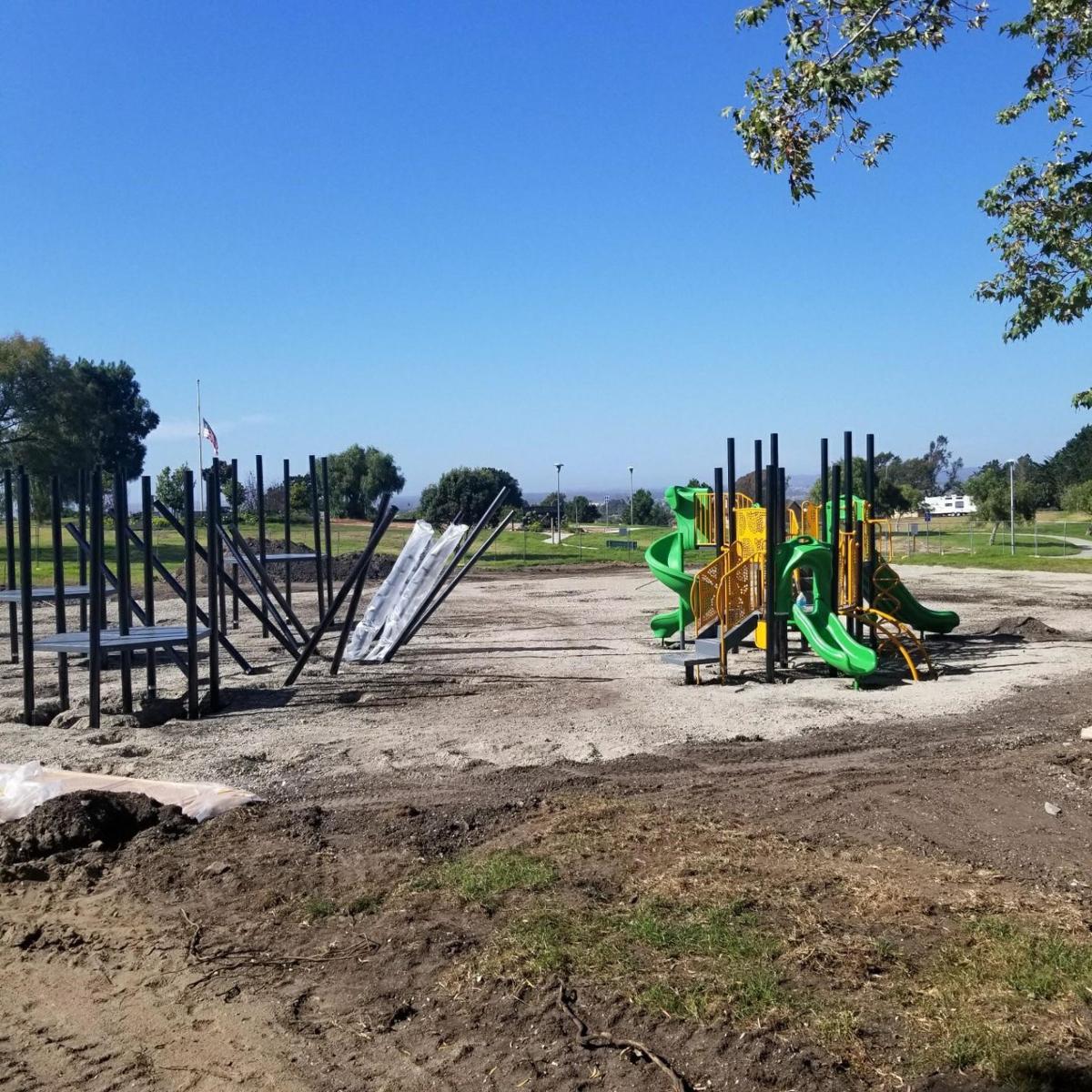 The completed installation of Lompoc’s Beattie Park’s playground and fitness area, located off East Olive Avenue and South Fifth Street in Lompoc, is projected for an unveiling later this month, according to Lompoc city officials.

The project — considered to be the largest inclusive playground in Santa Barbara County — broke ground on Aug. 31 after the City Council in June approved a nearly $740,000 contract with Great Western Installations Inc.

The design layout will offer the community an inclusive play area for children of all ability levels, as well as an adult fitness section.

“This new Beattie Park playground and fitness area belongs to the Lompoc community,” said recreation manager Mario Guerrero Jr., “and it’s important that we were able to incorporate the elements most important to those who will be using this recreation area.”

A portion of the playground area for ages 2 to 5, according to the announcement, has multiple slides and climbers. The overall playground area has an “inclusive whirl” accessible to a child in a mobility device, as well as an arch disk swing, and other swings for various age groups. The playground will showcase a lookout tower and an inclusive play space with ramps leading up to multilevel structures.

Sun Oct 4 , 2020
Once known only by ardent tea lovers in the West, Pu’er tea, the world’s most expensive and prized tea from which the old saying “all the tea in China” is derived, is now gaining popularity worldwide. Singapore-based TEASPEC, which has the largest private collection of Pu’er tea outside China, is […]