As Christmas fast approaches, and many Australians are still relying on JobSeeker payments, Fortunately, the Buy Now Pay Later industry has emerged as a possible saviour for shoppers. 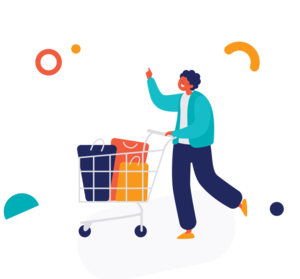 SYDNEY, AUSTRALIA, November 20, 2020 /24-7PressRelease/ — As retailers continue stocking their shelves with Christmas decorations, many Aussies will turn to Buy Now, Pay Later to help them through the silly season. Buy Now Pay Later services are popular among those who’d like to spread their expenses out over multiple payments without paying large interest fees.

These services allow shoppers to buy gifts, décor and make travel arrangements with the agreement of a consistent payback schedule set by shoppers themselves. This convenience could see this non-traditional payment method emerge as a popular choice for covering seasonal expenses.

While the economic downturn and rise in unemployment have had a significant effect on spending as shown in Zip’s Weekly Spending Index since March, certain areas of the economy are slowly picking up. While spending at restaurants and cafés is still down from last year, expenditure online has increased exponentially, flagging a potentially big market for holiday spending.

Some Buy Now, Pay Later companies are now also integrating payment mechanisms for consumers to use at point of purchase within brick and mortar stores. Zip’s new Tap & Zip feature allows customers to use their Zip account wherever Visa is accepted. By adding a BNPL service to phone wallets and smart devices, it’s increasing the potential market for these services as well as their use nationwide.

This innovative new service from Zip comes just in time to throw a lifeline to Aussies across the nation as they begin to prepare for what’s sure to be a one-of-a-kind holiday season.

Fri Nov 20 , 2020
From the World War I era, he mentioned Edwin Coulter who enlisted as a private to fight, turning down an opportunity to attend Officer Candidate School in order to go to France to fight in the war. He died there in 1918, shortly before the signing of the armistice which […]