Skip to content
I don’t even know where to begin with the AtGames Legends Ultimate home arcade cabinet, because it’s almost overwhelming in its functions and features. With over 300 games installed out of the box, and wireless updates adding more, just turning it on presents a crisis of choice. With so many games, where does one even begin? But beyond the preinstalled library, there’s an online game streaming service offering even MORE games. In fact, since arriving at my home for review, AtGames added an additional 47 Taito games to the system via an online update.Getting a grasp on the huge library of games took a bit of time, but I was eventually able to separate the wheat from the chaff. When it was all said and done, the AtGames Legends Ultimate is a formidable home arcade machine with unexpected additions, some novel and wonderful, some feeling more like filler content.

From the first boot-up, the AtGames Legends Ultimate has 300 games for you to explore. What I wasn’t expecting was many of the included games are from consoles. In fact, several of the games have both console and arcade versions available for play. It’s something of an odd choice, because I personally have little interest in playing an inferior Atari 2600 version of Missile Command when I can play its original arcade version on the exact same machine.Still, it’s kind of cool to go from the arcade action of something like Lunar Lander and immediately pick up, say, the SEGA Genesis version of Disney’s The Lion King. Like I said, it doesn’t make a whole lot of sense, but it’s lack of focus didn’t do anything to detract from my enjoyment.Games run the gamut from early 1980s classics like Asteroids, Space Invaders and Tempest, to Atari 2600 games like Adventure (and even its sequel!) all the way up to NeoGeo games like King of Fighters 2003, although that one is only available by signing up for the ArcadeNet subscription service (more on that later).

I gotta say, playing these old arcade games, some of which I actually played in actual arcades as a wee lad, is awesome. Emulation is more than satisfactory for someone like me. I didn’t notice any quirks that detracted from the experience. Unlimited free play was the stuff of dreams as a kid, and having so many arcade games at my fingertips made me feel like the kid from Silver Spoons (look it up).

I’m a little cooler on the console games. While my first home gaming experience was with the Atari 2600, I don’t have much fondness for its games. It’s definitely neat to revisit them for a moment, long enough to remind me “Oh that’s right, these games are kind of bad,” but that’s about as much enjoyment as I can muster. The SEGA Genesis games are an even more bizarre addition. At no time in my life while playing through the punishment of the Lion King did I ever say “Man I wish I could play this with arcade controls.” At the same time, as unexpected as the console games are, they’re still fun to play and add an extra layer of variety.

The Legends Ultimate does have controller support – you can plug in an Xbox controller and it works without any additional set-up. The catch is it only works in the UI and with games on the ArcadeNet service. It’s an odd choice, one I don’t quite understand, because it would make the console games much more enjoyable to play. I will concede Aladdin and The Lion King are actually well suited for arcade controls, which I didn’t expect, but games like The Immortal? Not so much.

As for the built-in controls, there’s no game in the line-up without arcade-accurate control options. There’s a joystick and buttons, great for most games, as well as a trackball and even a wonderful pair of spinner knobs for games like Tempest.

Quality is mostly excellent. The octagon-gated joystick is perfect for the included games, and feels extremely sturdy and resistant to abuses. The buttons are wonderfully clicky and responsive. You can actually hear the springs and switches working their magic if you play with the volume down. They really feel like they’re up for a beating. The spinner knobs are perhaps the most pleasing controls of them all. They have a wonderful weightiness to them, gliding effortlessly in their spin. There’s a small indent on the face, for spinning the knob with a single finger, and the edges are textured, for spinning it with your whole hand.

The single trackball in the middle is a disappointment when compared to all the other controls. Where the others feel downright excellent, the trackball almost feels gritty to use. It doesn’t skip or get stuck in the process of playing; it works quite well for games like Centipede. But it just doesn’t feel as high-quality as the rest of the controls. There’s a lack of smoothness there, as though it’s meeting just a little too much resistance inside its shell, and it makes me wonder how long it will hold out when compared to the rest of the control deck.

Putting the AtGames Legends Ultimate together was a snap. In fact, in spite of its larger size, I found it a little easier to assemble than the Arcade1up cabinets I’ve tested, but the advantage is slight, since both can be easily put together with just one person. From unpacking to powering on took me about 45 minutes, and the instructions were concise and easy to follow.

There was a section at the end of the instructions for side panels, but the version I was sent for review didn’t include them. Since they’re merely cosmetic, finishing touches, it doesn’t have any bearing on my opinion: assembly is no more difficult than any other put-together piece of furniture.

The user interface is largely straightforward, if not a little clumsy. Once you get to where you want to be, it’s quite easy to move around, but sometimes getting there takes a bit of work. For example, if you want to jump to the side navigation bar on the left of the game select screen, you need to hit the menu button rather than just click over to it with the joystick. It’s simple enough, but the menu button isn’t labeled as such. In fact it’s not labeled at all. You don’t need to be a rocket scientist to figure out the one weird button in the middle is the menu button, but you have to use deductive reasoning.

There are also options at the top of the screen for ArcadeNet, the pay as you go BYOG service, the game library, and settings. Those are selected with the joystick, and a quick press of the A button brings you where you want to be.

My biggest problem is it’s almost TOO many games

The number of options in the settings menu is robust. Aside from the usual stuff you’d expect to find, there are also options for developers. Since its built on a Raspberry Pi platform, the Legends Ultimate is an ideal piece of kit for coders, hackers, and anyone else looking to plum the depths of its systems. There are some active online communities dedicated to exploring the… off-label capabilities of the Legends series, if you decide to do some homebrew modifications.

My biggest problem is it’s almost TOO many games. I know it sounds silly, but I feel like I could have done without the Atari 2600 version of Missile Command when the far-superior MAME version is already on there. There are several such instances, where the arcade version and the 2600 version are both included, and I can’t understand why anyone would want to play inferior versions of classics when the originals are right there. It’d be like grabbing for a slice of Domino’s pizza at a legendary brick-oven pizzeria.

BYOG (Bring Your Own Game)

In addition to the 300 included games, AtGames offers a “Bring Your Own Game” service to “stream your favorite PC-based video game from PC digital distribution platforms” like Steam directly to the Legends cabinet.

I installed the software on my gaming PC for local streaming and updated the firmware on the arcade cabinet, per the instructions. After selecting the icon in the BYOG menu for my computer, I was surprised to discover it didn’t just stream select games from my PC… it streamed my PC in its entirety. In other words, it turned the AtGames Legend into a remote terminal where I was able to use the trackball and “A” button to navigate my Windows desktop. It was way more than I expected, and kind of weird, but pretty cool nonetheless. I decided to give my game library a go and selected the Steam version of Crazy Taxi, at which point my wireless connection had enough and the visual quality fell to sub-2011 YouTube on DSL levels. Oh well.

You can also stream games from AtGames itself, but there is a $1 per hour fee for server usage. You can buy extra time and “bank” it, if you want, but I don’t see any reason to, given the 300 games built into the cabinet and the regularity at which AtGames adds new software.

The full selection of controls built into the deck means the arcade games play exactly as they were intended, and even the odd console inclusions work surprisingly well with arcade stick controls. I didn’t notice any perceptible lag in any of the controls, and every button-push registered instantly. Even the gritty feel of the trackball didn’t have any effect on gameplay, it just feels unpleasant.

What really surprised me was how much my kids were drawn to this beastly arcade machine. They absolutely loved playing the classics and trying out the different games and control styles. It’s a cool way to show them what arcades used to represent in an accurate form factor with accurate controls.

Wed Dec 23 , 2020
Investor sentiment in 2020 has been on a rollercoaster. We started off with a robust economy that was beaten down to multi-year lows by a health issue that remains at large. However, it’s a known devil now.  So we aren’t as scared of it as we used to be. Even […] 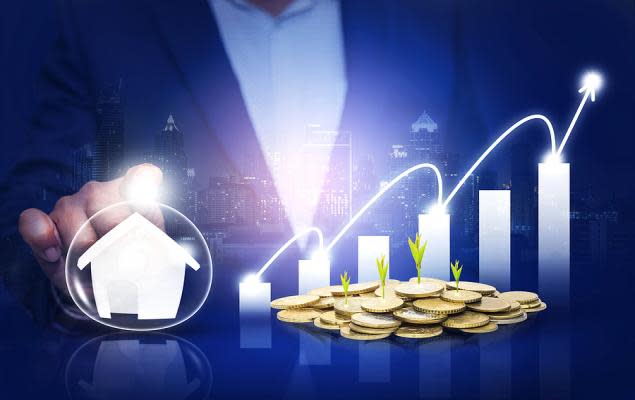