(NerdWallet) – As we peek out from underneath the COVID covers and contemplate booking travel for later this year, many of us are being reminded of a hard truth: Shopping for airfare is an awful experience.

From choosing between basic and regular economy to navigating airlines’ horrifically obscure add-on fees, the process of finding the best flight at the best price is, at best, a tortuous one.

This is a truth so long acknowledged that it can feel like a platitude as commonplace as complaining about the weather or the wait at the DMV. Yet the high, complex fees associated with buying airfare might be more than annoying. They might be misleading, predatory and even downright unfair.

“When fees are dripped rather than shown upfront, consumers are more likely to make a mistake,” says Vicki G. Morwitz, a professor of marketing at Columbia University’s Graduate School of Business. She and her colleagues recently conducted research investigating the fee strategy used by airlines, called “drip pricing,” to determine precisely how it affects customer behavior.

You may not be familiar with the term drip pricing, but you’re likely all too familiar with the experience. It’s when any product or service slowly reveals additional fees throughout the buying process, so that the final price at checkout can differ significantly from the initial base price.

Morwitz and her co-researchers set up a series of real-world experiments in which participants compared airfare and tried to find the best price and add-ons for their needs. Like the (maddening) real experience of shopping for flights, participants were shown several base fares, just as you might see on a search engine like Google Flights.

Participants, unsurprisingly, tended to select the lower base prices. Then, they went through the checkout flow, finally arriving at a potentially higher final price. And here’s where the critical step happened — or rather, didn’t happen.

But is it wrong?

In some ways, the results of this study are a big “duh.” Of course the way airlines charge fees leads to poorer decisions from customers — that’s exactly why they set them up that way.

But it points to a bigger, thornier question: Is airline drip pricing fair? Or is it predatory?

Consider this: For most frequent travelers, paying $150 in “gotcha” fees might be an annoyance or cause for complaint. But for someone who travels infrequently and has little spare income, these fees could mean the difference between paying other bills on time or not. For lower-income travelers looking for airfare to, say, attend a funeral, these fees are far more than an irritation.

It’s unlikely a coincidence that budget airlines, such as Frontier and Spirit, which generally offer the lowest base prices in search results, also burden customers with the most complex fee structures.

Want to know how much it costs to check a bag on Frontier? The cost depends on what route you’re flying and, distressingly, when you choose to pay the fee. Those who pay for their bags at the airport can get charged twice as much as those who are savvy enough to pay for baggage at their initial checkout online.

But savvy only gets you so far. “When booking two one-ways rather than one round trip, people made the same mistake,” Morwitz says of study participants. So even when they knew that the lower base fares didn’t lead to lower overall fares, participants still made the same errors. “Experience is not enough to overcome this problem.”

Particularly depressing for me, Morwitz found that even educating participants directly didn’t make a meaningful difference. “We gave them an article where it explained that fees differ between airlines. That wasn’t enough to help,” she says.

So airlines have intentionally created a pricing system that systematically leads to suboptimal decision making, even when customers have been educated and experienced in how this system works. Does that sound right?

What can you do?

There were two big mistakes made by the participants in Morwitz’s study. First, they overestimated the hassle of starting over after arriving at the end of the checkout process. That is, they didn’t compare total prices between airlines. Second, they carried a “false belief that all airlines charge similar fees.”

So, to avoid the same mistake yourself, the advice is fairly straightforward:

But that’s only part of the battle. What we really need is regulation. Research has now shown that these “drip pricing” models are misleading, pushing millions of air travelers to make bad decisions. It’s time to get rid of them.

How can we start? By making a stink. Contact your elected officials and register complaints with the Federal Trade Commission and/or Consumer Financial Protection Bureau.

“The more people who complain, the more evidence our government officials have,” Morwitz says.

All the World’s a Screen? They’re Used to It

Wed Feb 3 , 2021
For the members of Gob Squad, a Berlin-based company that has brought shows like “Kitchen (You’ve Never Had it So Good)” to New York, screens offered as a way to hide from the audience, to become more ghostly themselves. “We were very shy,” Sean Patten, a founding member said, speaking […] 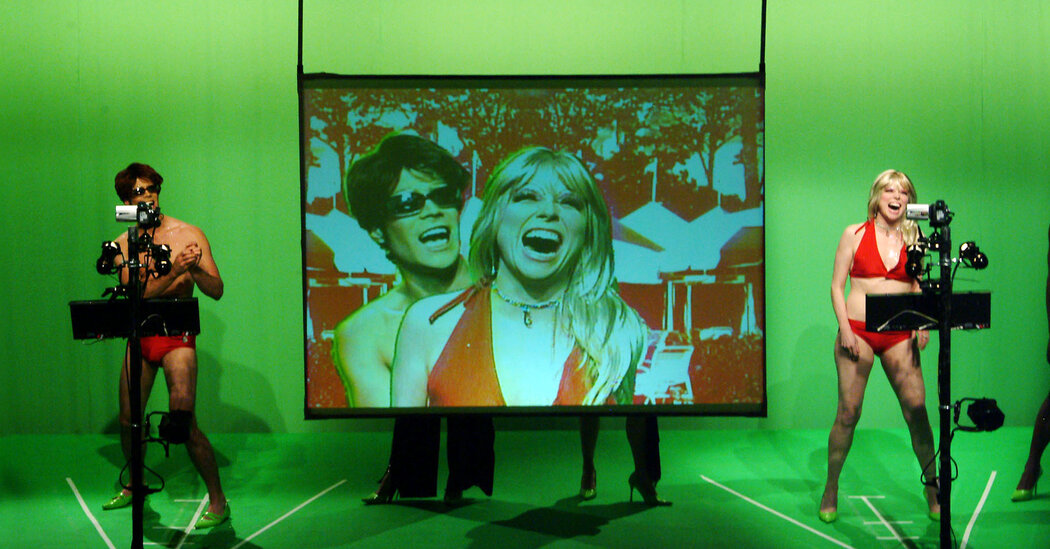