In February 2016, I checked into the hotel in Nashua, N.H., that functioned as headquarters for the Chris Christie-for-president campaign.

As luck would have it, I got a room right next to the suite occupied by the Christie entourage.

I hung around downstairs with the reporters as the results came in. They were not good news for our governor.

Despite a campaign during which he had pretty much abandoned the Garden State for the Granite State, Christie was coming in sixth in a crowded field. Only the first five finishers would make it into the debates in South Carolina.

I went back up to my floor and stood by the elevator. The door to the suite opened and a group of people who had walked shoulder-to-shoulder during the campaign now stomped down the hall one by one scowling.

It was curtains for Christie.

The next morning as I drove down the lane leaving the hotel, I passed a string of “Chris Christie for President” lawn signs planted in the snow. I don’t know if his campaign workers saved any, but if they did they could come in handy in 2024.

That was the consensus among New Jerseyans after our ex-governor became one of the first major figures in the GOP to urge President Donald Trump to concede the election.

That came on ABC-TV’s Sunday morning show “This Week,” on which Christie is a regular panel member.

When Christie was asked by George Stephanopoulos if Trump should give up his legal fight, Christie answered “Yes.” He added that Trump’s legal team was “a national embarrassment.”

Christie was one of Trump’s first major supporters back in 2016. So this break with Trump led a lot of politicians and pundits to conclude Christie is setting himself up for another presidential run in 2024.

Where would they get that idea?

Back in July he did an interview with Steve Clemons of The Hill, a Washington-based political journal. Clemons asked the former chief executive of New Jersey whether he still desired to become chief executive of the United States.

After Clemons noted that Christie was relatively young , Christie replied that he was a mere 57 years old.

“Once you’ve been a governor you always feel like you have something to contribute, so yeah I would definitely look at 2024,” Christie replied.

But what about that Bridgegate scandal? Would that preclude him from getting elected president?

“Now that we’ve had that cleared away and it’s no longer a controversy, you know, from my perspective, maybe 2024 is time to try to go after that job again,” Christie said.

I ran that by a couple of Republican state senators who were among the first major Trump supporters in the state.

“Christie’s my friend, but on this issue I disagree,” said Joe Pennacchio who represents Christie’s home county of Morris.

Pennacchio pointed out that the Electoral College doesn’t meet until Dec. 14, which is almost three weeks away.

“Everyone is allowed his due process,” Pennachio said. “Let it take its due course. Let it go through the judicial process. I don’t think anybody should have a problem with that.”

Sen. Mike Doherty agreed – except for the part about being Christie’s friend. The arch-conservative from Warren County has made a career out of tangling with Christie.

Doherty said Christie should have kept out of this fight.

“Trump may not ultimately win re-election, but this issue will have to be confronted by the courts,” Doherty said.

Doherty said that he thinks that with Trump off the stage Christie will parlay his frequent television appearances to establish himself as a “media darling.”

But Christie will a tough time in the post-Trump era, said Doherty.

“The party has changed and Trump changed it,” Doherty said. “Christie has to decide what he’s gonna be, an Eastern establishment George Bush type or is he gonna be taking the mantle on some of Trump’s issues?”

That’s an apt assessment of the challenge Christie will face over the next few years if he expects to beat a crowded field that could include Vice President Mike Pence.

“Everybody looks in the mirror and thinks they can be president,” Doherty said.

But as Christie learned back in 2016, sometimes the mirror really does lie.

So for now he can keep those lawn signs under wraps.

When Does Black Friday Start and End This Year? How COVID Is Affecting Sales

Thu Nov 26 , 2020
Black Friday shopping in 2020 looks much different from years past because due to the global pandemic. While it’s not unusual for big retailers to start their Black Friday deals a bit early, even days before Thanksgiving, some giant names like Target, Walmart, Best Buy and Home Depot advertised huge […] 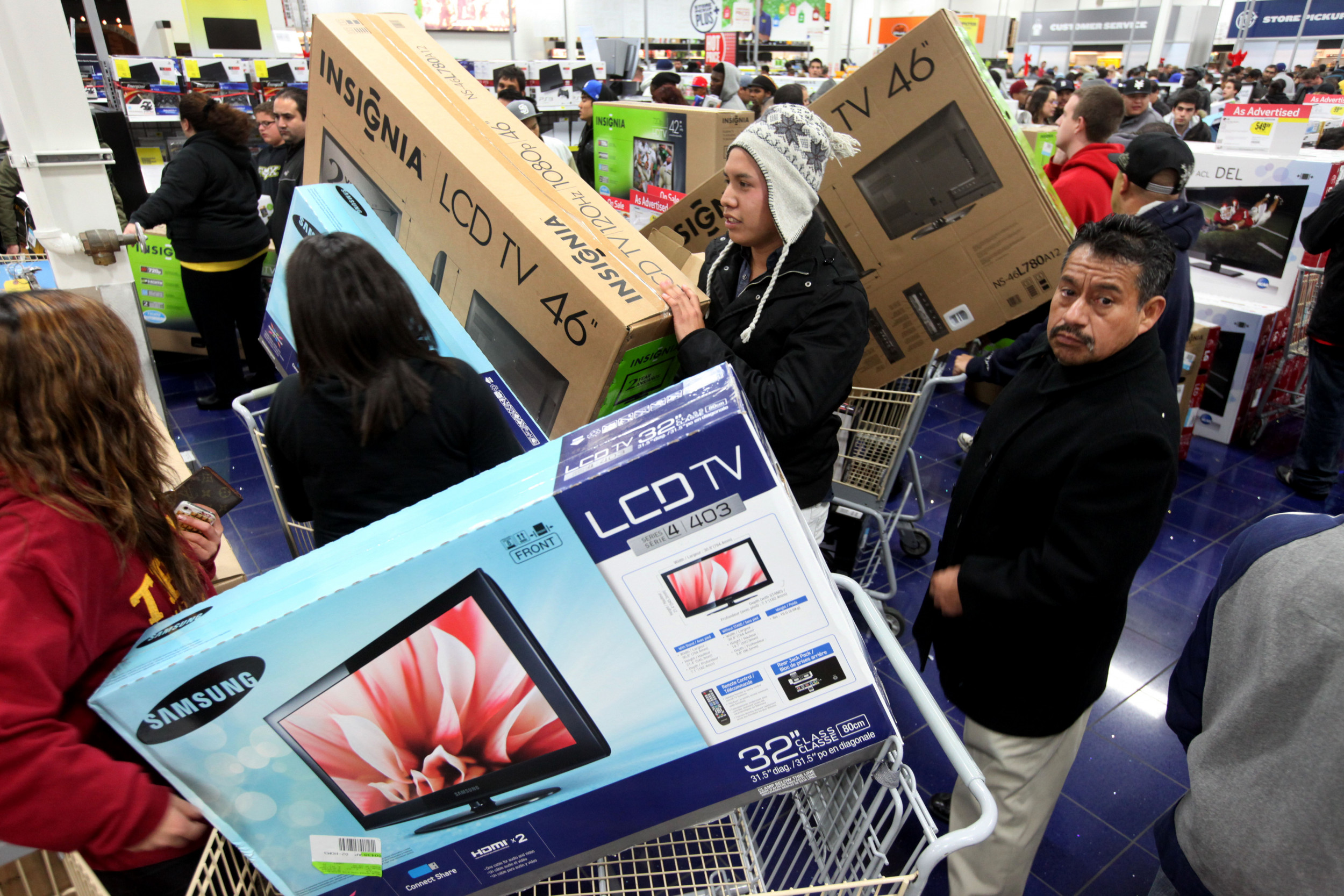