IPOH, Nov 13 — Businesses in some parts of Ipoh, which had once hoped to bounce back after lockdown restrictions were eased two months ago, now seem ready to throw in the towel following the reimplementation of the conditional movement control order (CMCO).

A recent check by Malay Mail showed that most tourist spots around Ipoh are empty, with many restaurants and shops in the vicinity closed.

A 69-year-old worker, who only wanted to be known as Ooi, at Restoran Wong Koh Kee, said that business has been badly affected by the latest travel restrictions.

“We’re just waiting to go bankrupt. Our business has dropped by about 90 per cent,” he told Malay Mail when met at the restaurant on Concubine Lane here.

He said that even regular patrons are not visiting the restaurant, which has been in operation for the last 80 years, anymore.

“The number of our loyal customers has dropped drastically. People are scared to dine out,” he added.

Cheng Pui Pui, 40, who sells coffee and drinks at Restoran Ipoh Kong Heng, said that the business has taken a hit since the CMCO was enforced in Kuala Lumpur and Selangor.

The situation has now been made worse after other states followed suit.

“Our customers are mostly tourists from neighbouring states like Kuala Lumpur and Penang.

“With the current lockdown, no one can travel across states for holiday purposes and this has affected our business. Even business on weekends is bad,” she said.

Billy Chang, 40, who runs Gu Joi Mei Enterprise on Concubine Lane here said that he has no choice but to remain open even though he has had fewer customers lately.

“I still need to pay rent and for that I need an income. Closing the shop will only make the situation worse.

“The reimplementation of the CMCO has hit small businesses like us hard. Hopefully, it can be lifted soon and will not be extended,” he said.

Meanwhile, a 24-year-old worker at Jelly Bar, who only wanted to be known as Loh, said that he will close next week if business doesn’t improve.

“No point opening the shop when there are no customers. Let’s see how it goes this week. If the worst comes to the worst, we might only open on weekends,” he said.

FM Fast Food Corner owner Chin Yew Wai, 43, on Jalan Dato Tahwil Azar here, said that he is planning to open on certain days of the week throughout the CMCO as customer numbers are dropping with each passing day.

“Maybe, it is wise to only open two or three days a week during this period. It could save us the cost of utilities.

“If Covid-19 cases show no sign of decreasing and if the lockdown is extended, we will probably move our business to an online platform,” he said.

Meanwhile, Tan Han Seng, 36, who works as a supervisor at Funny Mountain Soya Beancurd, said business has dropped by about 80 per cent.

“Our business depends on customers from Ipoh now. People can’t cross state lines and inter-district travel is also banned at the moment.

“We are no longer seeing any profit in the business. We only make enough to pay for utilities and cover other business costs. We don’t know how long we can survive like this,” he said.

Last week, Putrajaya announced that all states in peninsula Malaysia except for Perlis, Pahang and Kelantan will be placed under a conditional movement control order (CMCO) for four weeks from November 9 to December 6.

Live At The Ranch Laguna Beach 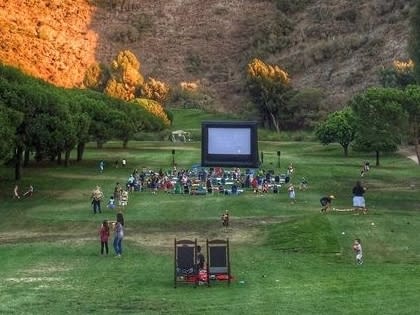