Tabby — a new dating app — wants to help you find someone to spend the rest of your nine lives with.

The new project from sisters Leigh and Casey Isaacson is an offshoot of their previous, canine-focused app Dig, launched in 2008. The platform will allow users to build profiles spotlighting not just themselves but also their furry, oft-judgmental housemates so other users can paw-swipe right. Matches can chat, set up playdates and determine how well they might get along if they had to share a litter box. And they gave SheKnows a first look at the inside of their app.

“You’ve got dog-friendly locations and restaurants and bars and other things that are easier for dog people to go out and meet each other, like dog parks,” Tabby CEO Leigh Isaacson tells SheKnows, but adds that cat aficionados aren’t provided equitable societal spaces to occupy. “We wanted to create a space online where cats are in their element, at home, and people can interact with each other in the perfect way to find their match.”

When users sign up, they are immediately presented with the options of identifying as a cat lover or a cat owner and whether they are looking for the same — sorting by men, women, and/or nonbinary filters.

Next, users can fill out profile sections on them and their felines, including videos and photos with tags and captions that truly capture their majestic spirits. Members can also check out the “Cat Tree,” an open forum space for media, discourse, tips and tricks from cat experts, and even daily deals from your cat’s favorite brands. (They’re very discerning, we know.)

All this is baked into the free app, though users can purchase “treats” for one-off purchases and subscription tiers that allow them to view which other users have already liked them and other premium features, a freemium model that should be familiar to anyone who has tried out apps with fewer cats like tinder, Bumble, and that ilk.

“Cat people need their own space,” says Isaacson. “Especially right now, with everyone sitting at home with COVID, it’s so important to be able to connect with people and it’s actually an opportunity for cat people to connect with each other with their cats with them.”

Coming from their previous startup, the Isaacsons and their team had already built a community around pet lovers. The challenge became finding a way to use that experience to better serve an untapped market: Of the approximately 11 million single cat owners in the U.S., 81 percent don’t identify with the unfounded negative stereotypes about “cat people,” while one study out of the College of Veterinary Medicine and Biomedical Sciences at Colorado State University shows that simply being photographed with a cat is enough to make a man seem less dateable to heterosexual women.

“We understand the emotional side of trying to find someone to spend the rest of your life with, who cares about something or someone — your animal — as much as you do,” Isaacson says. “We’re not going to pretend like we understood cats like we understood dogs, so the first thing we did as a company was find the coolest cat dudes I’ve ever met and make sure that they came on and joined up with us to be able to launch Tabby.”

“Sterling traveling around Atlanta in a van, trapping, neutering, and releasing cats … such an important side of being a cat lover is understanding that work and that importance and the problems out there with cats on the street and what we can do to solve that,” Isaacson says. “And then you’ve got Nathan: He hosted CatCon last year. He’s got four cats at home. He really understands what cat women are looking for in a cat guy and being able to understand each other without those stereotypes.”

With experts and a dating pool exclusively made up of other cat lovers, what’s the one thing Isaacson recommends for finding your purr-fect someone? The same as any dating app: communication.

“It’s so much more about open communication now than ever before. If you’re in an area where you’re comfortable meeting each other, what does ‘meeting each other’ really look like?” she muses. “I’m not your mom; I’m not your government; I’m the CEO of your dating app, but I want to make sure you’re safe and healthy and the best way I can encourage doing that is making sure you have those conversations upfront.”

Tabby launches August 8 (That’s International Cat Day!) on Google Play, the App Store, and TabbyDates.com and full disclosure: yes, I am already on the waitlist.

And be sure to save these painfully punny Cat pick-up lines you’ll want to try when the app launches:

“Are you a tall glass of water? Because I want to hit that right off the table.”

“Did it hurt when you fell from heaven or did you land on your feet?”

“Is that a salmon treat in my pocket or are you just happy to see me?”

“Are you tired? Because you’ve been running through my mind 17 times real fast for no reason all night.”

“Those pants look great on you, but they’d look even better on my floor crinkled up in a ball and covered in hair.”

“I’d clean up so many hairballs for you.”

“I haven’t been able to take my eyes off you all night EXCEPT FOR THAT WEIRD RED LIGHT ON THE WALL WHAT IS THAT HAVE YOU SEEN IT???”

“Single White Feline seeks dapper older gentleman. Will put my butthole directly in your face on the first date.”

“Just looking for someone to split a bowl, put on bird videos, and roll around in some nip.”

“My safe word is me biting you.”

“My ideal night is going out on the town, yowling some karaoke, knocking back a few milk saucers, and then throwing up a hairball out your passenger side window.

Fri Jul 24 , 2020
PHILADELPHIA — Wissahickon Valley Park has been seeing more visitors since March as people stay in the Philadelphia area amid the coronavirus pandemic. But with increased visitors comes increased trash and debris, swimming in prohibited areas, illegal parking, and a lack of social distancing. With that in mind, the Philadelphia […] 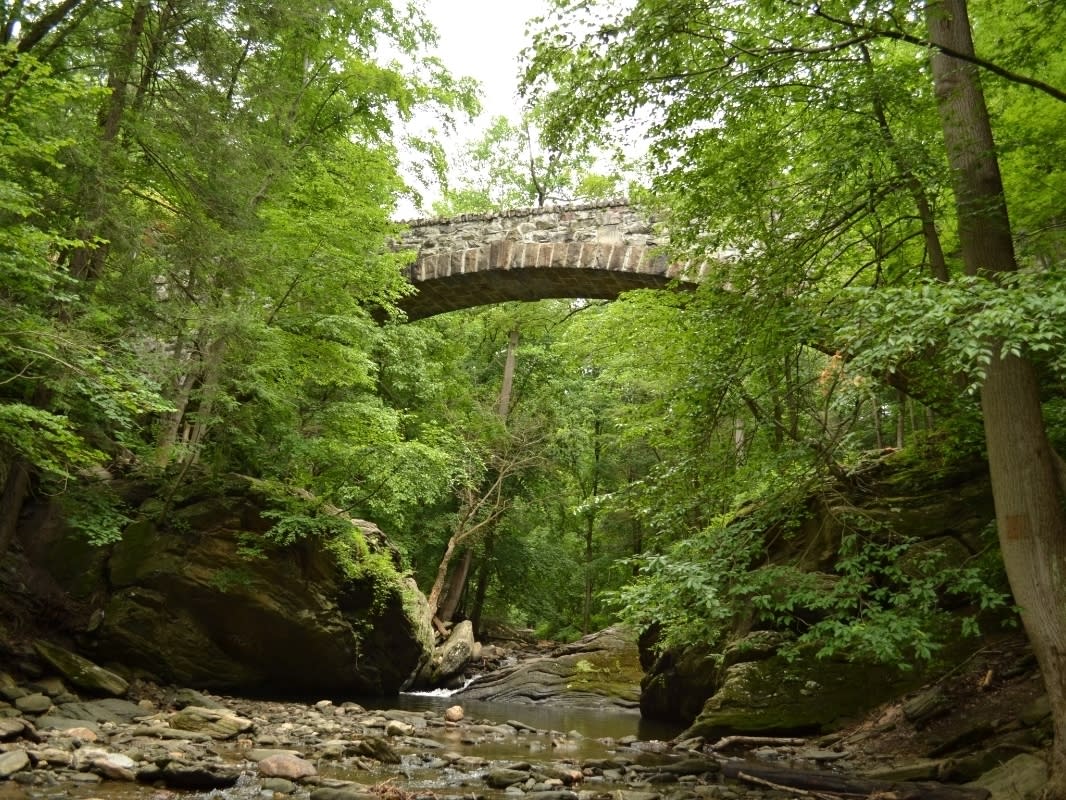