For Sara Gard, the government’s safety net moved smoothly into place when the coronavirus pandemic upended her family’s lives. Jobless benefit checks began arriving a few days after she was furloughed in April from an entertainment company in Atlanta. A $600 weekly supplement, part of an emergency federal program, would cover the mortgage until her company resumed operations — probably in June.

June came and went, and the reopening was pushed to August. Now August is near, the business is still shuttered, and the weekly benefit booster has run out.

“When the $600 is gone, we’re going to totally have to rethink our lives because we don’t have a way to pay the mortgage,” Gard said. Without it, her weekly benefits from the state total $300. Her mortgage is $1,700 a month.

Gard is one of roughly 30 million Americans who are getting unemployment payments — a staggering figure that reflects one of the country’s most calamitous economic events.

But the stark urgency that faces families perilously close to losing their homes, skipping medical treatments or missing meals because they can’t afford food has not extended to Washington. More than two months after House Democrats approved another round of emergency relief, Senate Republicans and the White House put forward a proposal this week with far different priorities. Rather than restoring the $600 supplement, they would replace it with a $200 payment, saying the larger sum discourages looking for work.

The Gards recognize that they and their two children are luckier than many families. Already nearly 11% of Americans say they live in households where there is not enough to eat, according to a recent survey by the Census Bureau. More than a quarter have missed a rent or mortgage payment and doubt they will make the next one. Forty percent of adults have delayed getting medical care.

Gard’s husband, Matt, has kept his hospital maintenance job, and her employer of 15 years continues to pay its portion of the cost of her medical insurance.

But she has to come up with her part — $350 a month — while dealing with several other bills. “I am our family’s major breadwinner,” said Gard, 39, who had just gotten a raise that lifted her annual salary to $80,000.

They also have some savings — a comfort when more than 40% of American households lack cash to cover an unexpected $400 expense. That cushion was crucial last week when the Gards’ air conditioning system suddenly died. The repair gobbled up what would have been a few months’ worth of mortgage payments.

Without further information on when she might be rehired, Gard has started updating her resume and reaching out to recruiters and contacts on LinkedIn.

Then her school district announced that all teaching would be online in the fall. Her mother, 71, used to pitch in to care for her children, 2 and 5, but Gard worries about the health risk, so child care is another issue.

“I have the month of August to figure out where September’s mortgage payment and everything else will come from,” she said.

As the economy falters, pain is everywhere. Assistance, though, is more uneven.

Normally, individual states run their own unemployment programs, setting different benefit levels and eligibility rules. On average, benefits replace about 45% of a worker’s weekly paycheck. Freelance, self-employed and part-time workers, who didn’t qualify for state benefits but received funds through the federal Pandemic Unemployment Assistance program, tended to get a much smaller fraction of their previous earnings.

That is where the extra $600 a week came in. It was meant to make up for lost income and ensure recipients had enough money to buy food, pay rent, keep the lights on, afford medical prescriptions or make car payments. Lawmakers settled on a lump sum as the quickest and easiest way to deliver assistance — given the limited capabilities of already overwhelmed state unemployment networks.

The money was crucial in supplying the economy with fuel to keep the engine going, economists say. Like any one-size-fits-all measure, however, the $600 supplement fell outside the target zone in many instances. Roughly two-thirds of workers ended up with more income than they would have earned had they not lost their jobs. The windfalls angered critics who warned of ballooning government expenditures and disincentives to work — despite a severe shortage of available jobs.

Some recipients said they could manage without the bonus. Kimberly Zaiger, for example, lost her job as a convention services manager at a hotel in San Antonio, Texas, in March. The extra money “was helpful,” she said, enabling her to offer some financial help to her grown children, but “not crucial.”

Zaiger, 52, will still get $521 a week in regular state jobless benefits in addition to a share of her ex-husband’s military pension. She also has savings and a fiance who is working and splits some bills.

“I’ve been crunching the numbers and prioritizing, and I’ll be fine,” she said.

But for others, the weekly $600 made the difference between staying afloat and ruin.

Rebecca Mallery, 46, was cobbling together a living from three jobs when the coronavirus shut the economy. She lost them all on the same day: March 15.

Her earnings had averaged less than $250 a week — compared with the $600 in supplemental pandemic unemployment assistance that arrived with her unemployment insurance.

But without any supplement, she faces bankruptcy.

She qualifies for unemployment benefits for only one of her jobs: a part-time gig conducting surveys for the Las Vegas Convention and Visitors Authority. That comes to $96 a week. With that and a small monthly disability check, she has enough to cover her $815 in monthly rent but not much else.

A single mother with a 9-year-old son, Mallery lives just across the Nevada border in Arizona and has been looking for work. But with the tourism industry struggling, there isn’t much available.

“There’s just nothing left out there right now,” she said. Even if there were, she wonders how she would manage if schools don’t fully reopen and she has to look after her son during the day. “How do you go to work?” she said. “When you’re a single parent, that leaves you with nothing, there are no options.”

She worries that a job that involves contact with the public puts her at higher risk of exposing her mother, who has cancer, to the virus.

When the Lowe’s near her reopened, though, she quickly applied. “I was out in the garden center, shuffling around cactuses in 100-degree heat, but it was great,” she said. “I was glad to be working.” But she picked up only a couple of shifts.

With the extra unemployment benefits running out and little hope of finding steady work, Mallery is applying for subsidized housing, even though she hates to leave her town house, which has three bedrooms and a yard where her son can play.

“I can’t use any of my credit cards anymore — they’re all maxed out,” she said. “I’m going to have to declare bankruptcy.”

Congressional Democrats have pushed for another $3 trillion relief package that would preserve the $600 weekly supplements through January. Senate Republicans and the administration have countered with a $1 trillion proposal that would reduce the extra benefit to $200.

That smaller sum would more than replace what Mallery earned from her three jobs before the pandemic. Other workers, though, would be left without enough to cover the essentials.

In Chicago, more than 1,700 miles away from Mallery’s home, Grey Parker has been trying to map out a budget for the next few months.

Before the pandemic, he had snagged his dream job, a quality control engineer at Production Resource Group, one of the largest live-entertainment production companies in the world.

As coronavirus lockdowns shut down one live event after another, Parker was furloughed. His wife’s part-time work cleaning houses dried up as well.

His package of jobless benefits, including the supplement, replaced about half of their $80,000 to $90,000 annual income.

Without the extra weekly benefits, Parker will receive $350 a week. He contacted his utility company to set up a deferred payment plan and arranged to start receiving food from local food banks.

But he can’t figure out how to keep paying the $1,800 rent for his house beyond September.

“We are now facing potential ruin within a couple of months,” he said.

He also worries about his health. Parker, 50, has a vascular disease called thrombosis, a blood-clotting disorder that puts him in a high-risk group for complications if he were to contract COVID-19. Even with the $600 supplement, he didn’t have enough money for the $240 monthly cost of continuing his health insurance.

Without insurance, though, the cost of the daily medication he takes to prevent blood clots rose from $10 a month to $500 — far more than he could afford. In the first few weeks of his furlough, he rationed his medication, taking only half the amount he needed, which gave him a frightening series of symptoms: bruising, dizziness and an increased risk of stroke. He recently qualified for emergency assistance from the pharmaceutical company Bristol Myers Squibb, which will provide a 90-day supply. After that, Parker is unsure of what to do — maybe ask for donations through GoFundMe.

This week, just after the final jobless benefit supplements were sent out, Parker learned that his company was extending the furlough through September. He hopes to return to work but doubts that the live-event industry will be back in the fall. Even if it is, he said, his medical condition will make him think twice about returning to work before a vaccine is available.

The weekly $600 premium was a life preserver. “It gave us our one sense of security,” he said. “Now that’s gone.”

101 Easy Ways To Save Money Daily

Thu Jul 30 , 2020
You’re probably tired of hearing people — whether it’s your parents, friends or personal finance experts — tell you that you need to start saving more money now. What you really need instead are some helpful tips on how you can realistically start growing your savings today. After all, skipping […] 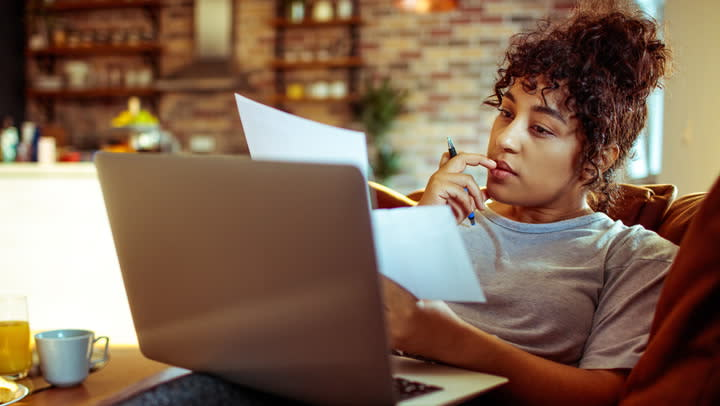