Hayley and Roger Mason left home on March 19 on a mammoth drive that will take up to 11 weeks, all in a van they transformed from scratch for the journey.

They’re part of a thriving community of van enthusiasts who have eschewed bulky and expensive RVs in favour of a DIY approach.

The family have now been on the road for weeks, hugging the ocean from the Gold Coast to Sydney before turning to the interior of the country towards Adelaide and through the Nullarbor Plain, travelling along one of the straightest roads in the world.

Joint owners of a small business, they maintain an Instagram account that integrates their family life, and it’s where they’re documenting their entire trip.

“The whole four-wheel drive and camping scene is huge, it’s been a huge culture in Australia for years,” Roger said.

“I feel like this van pull is real,” Hayley added.


The couple say that while they’ve done plenty of van trips, this is the first time they’ve refurbished a van from scratch, and it’s the biggest trip yet.

On YouTube, where Hayley and Roger spent hours researching hacks they could apply to their own van, videos outlining how to take a regular van, gut the interior and refurbish it to live or holiday in, rack up millions of views. On Reddit a thriving 113,000-strong community swaps ideas and DIY conversion achievements.

They bought the van with 12 seats intact last year during the pandemic.

“They’re really hard to find right now,” Roger said, adding he thinks a desire to travel locally and discover the country “outside your backyard” is the reason behind the current scarcity.


As to why more people are opting for vans – and van renovations – over simply buying an RV, Hayley says it’s all to do with finding a happy medium between a vehicle that’s liveable and something you can actually take off the highway.

“I think maybe the appeal is you can obviously sleep in it…but it’s also small enough to be mobile, instead of buying a caravan or buying a motorhome.”

She said for their family they needed something you could still park on the main street but then drive it “on this epic road trip as well.”

Settler, the small business Hayley and Roger run, sells seeds specifically selected to attract bees. The goal is to help people create environments which allow bees to thrive in built areas that might otherwise not support this ecosystem.

They also sell growlers filled with honey from their backyard beehives, along with merch.

With 20 wholesalers across Western Australia (and 200 across Australia), the couple decided to make their dream adventure a business trip, planning to visit as many of the shops that stock their products along the way.

“[We were like] ‘let’s go over and visit all our people and meet them in person other than just email’. Because relationships are so valuable.”

How they did it

Roger started with the essentials needed to ensure the family can survive, even in the middle of the Nullarbor, and where towns are few and far between and water is scarce.

“The main stuff was energy, water, and a bed,” he said.

For over a month he worked “pretty much full-time” on the van conversion, sourcing inspiration online while Hayley managed their business.

“We didn’t want it to be a tiny home on wheels,” she said.

Roger, a builder by trade, gutted eight of the 12 seats of the Ford Transit, and transformed two into revolving chairs.

The seats turn into bunk beds at night, inspired by “this old-school dude in the UK” who came up with a hammock-camp bed hybrid and shared it on YouTube.


“We wanted to be off-grid with it as well,” Roger said. “We’ve got a massive Deep Cycle battery and a really big solar [energy] system.”

It’s powered by a giant solar panel the couple took off their house and hand-welded onto the top of the van.

“To use that solar panel, we had to get a solar controller to get the energy into a battery,” Roger said.

They also use a DCDC charger, a battery designed to charge off the power of a driving car, that also offers them one week’s worth of backup energy if it rains.

Underneath the van is a 80-litre freshwater tank, and a suspension upgrade so the van could handle dirt roads.


How much did it cost?

The couple bought the van secondhand for $2,200, but it was gearing it up for the road that really cost a lot of cash.

The suspension upgrade was $2,000, the tyres cost another $1,200 along with other additions like magnetic block-out shades and an awning that wraps around the van for $1,000.

All up, they estimate the van conversion cost them around $17,000.

But they said compared to others out there, their conversion feels pretty low-key.

“I’ve got another buddy who’s doing a full-on van build, and he’s estimating [it will take him] like two years,” Roger said.

Hayley and Roger said the main advice they would give to other aspirants is to keep it light.

“A lot of things we watched on YouTube were crazy,” Hayley said. “You’re going to lose so much money on fuel and your car is not going to be able to handle it if you’re spending so much money on heavy stuff like fridges and ovens.”

Having been on the road now for a few weeks and with the actual work of DIY refurbishing the van now complete, their goal is to enjoy the journey.

“We’re just settling into the routine and rhythm of it,” Hayley said.

“We feel like we’re only just letting ourselves slow down now.”

Wed Apr 7 , 2021
It Takes Two Swedish-Lebanese director Josef Fares is largely renowned for two things: making fascinating if flawed cooperative video games and going off on excitable, foul-mouthed tirades at award ceremonies. It is perhaps unexpected that It Takes Two, the latest co-op mandatory adventure from Fares’ Hazelight studio, is a spin […] 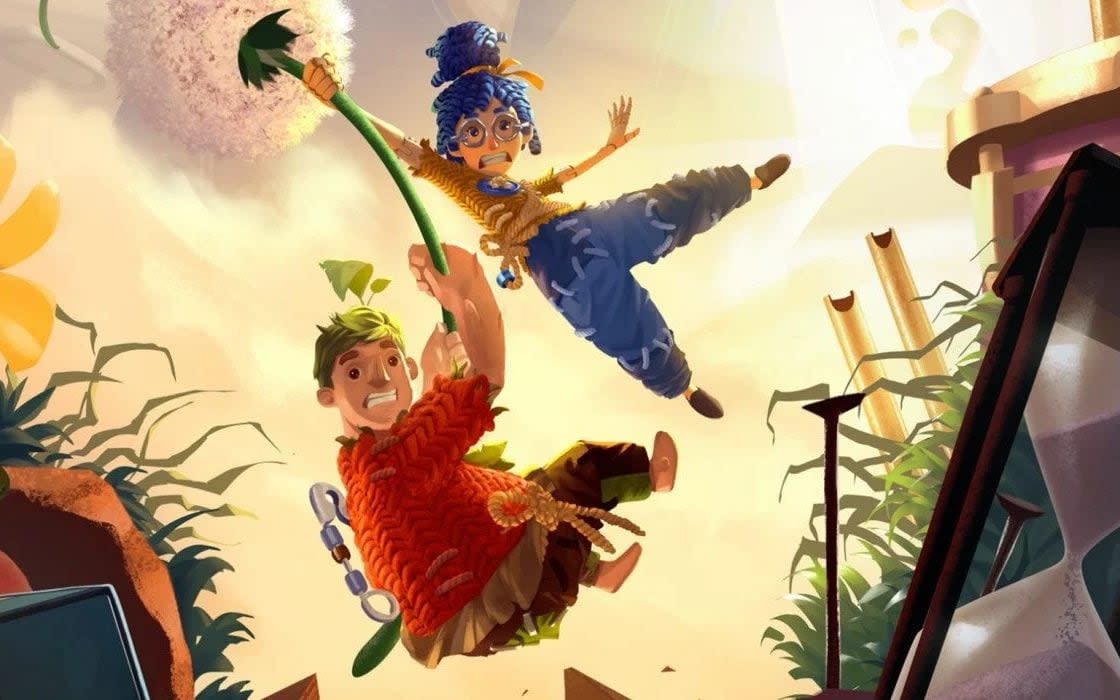