Robin Hood has gotten lots of PR this week. And it hasn’t been the good kind.

So the World Wide Robin Hood Society, which promotes the legend of the outlaw folk hero, wants to make something quite clear. It’s not to be confused with the trading-app Robinhood that’s caught up in the GameStop stock frenzy.

Entertain your brain with the coolest news from streaming to superheroes, memes to video games.

“Lovely to have all these new followers,” the UK-based organization tweeted Thursday as its follower count shot up. “Can we just check that you know that you’re following The World Wide Robin Hood Society in Nottingham and not the Robin Hood app. If so… a big welcome from Sherwood.”

Sherwood Forest in Nottinghamshire, England, is, of course, famous for its historic association with the medieval man in tights who’s the subject of ballads, books, TV shows and films starring actors including Errol Flynn, John Derek, Kevin Costner, Russell Crowe and Cary Ewes.

Across the pond from Sherwood, Robinhood, the fee-free trading app, is facing public ire, and scrutiny from lawmakers, after restricting trading of GameStop shares following the stock’s Reddit-fueled spike. (Robinhood has since reversed course on that decision and is now allowing “limited buys” of shares.)

Robin Hood, the character, famously stole from the rich to help the poor. That point hasn’t gotten lost amid all the jokes and memes about Robinhood the app. “Robin Hood wouldn’t like what you’ve done Robinhood,” read one tweet.

Another organization named Robin Hood, a nonprofit in New York, also released a statement this week clarifying that it has no relation to the trading app. “We are not affiliated with any for-profit businesses that use a similar name,” the charity tweeted Thursday.

If you still have questions about the Robinhood app, we have all the answers here. For queries about Robin Hood the hero with the bow and arrow, the World Wide Robin Hood Society would no doubt be happy to help.

This LEGO 'Jeopardy!' Set Is Literally A Moving Tribute To Alex Trebek

Fri Jan 29 , 2021
LEGO recreations of basically anything are always a fan favorite, even for infamous events, but one Jeopardy! fan really went the extra mile for what doubles as a loving tribute to late show host Alex Trebek. It’s a LEGO recreation of the Jeopardy! set, but as Jess Hughes and its […] 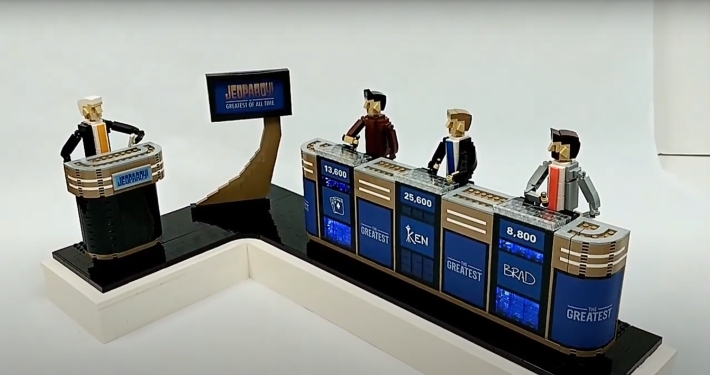