PARIS — Building on momentum set in motion before the coronavirus lockdowns hit, French fashion label Ami has plans to open two stores in Asia and is keeping an eye out for potential expansion in the U.S.

“We don’t want to depend on only one market,” chief executive officer Nicolas Santi-Weil told WWD in an interview.

“There is a very, very strong appetite for the brand in South Korea and in China,” he explained, noting that the label’s recent Asian tour had helped fuel business in the region to offset disruption from COVID-19 lockdowns.

The brand wound up a blockbuster ninth-anniversary year last season (the lucky number of designer Alexandre Mattiussi) with stops in China, South Korea and Japan, holding a Paris street-themed fashion show in Shanghai, opening pop-up stores in Seoul and holding an event in Tokyo.

“It paid off because clients still consume there, they are consuming locally. They are traveling less, but they still have an appetite for Western brands,” he noted.

“They still want to follow this European lifestyle — French when it comes to fashion — so that was the light at the end of the tunnel,” he said.

Sales picked up quickly in South Korea and China, where the brand has stores in Beijing and Chengdu, performing strongly in May and June, he said. In April, while France was under lockdown, the brand opened a store in a luxury mall in South Korea. It has performed well, and plans are under way to open another store in the country next month, as well as in Shanghai in September.

It also launched on Luxury Pavilion on Tmall in June, performing five times more than expected, even though the brand did not take part in the June 18 discount event on the Alibaba platform.

Popularity with an Asian clientele has its downsides, too, though, when travel stops.

“They’re not here anymore, in Paris, in London, but on the other hand, they are even more eager to consume locally,” he said.

“I think they are even more appreciative of brands that made an effort to go to them, brands that set up there, that have invested, opening stores, holding events — and there aren’t many brands our size who have done this,” he said.

“Of course Louis Vuitton, Dior and Chanel are there, but brands as young and ‘little’ as us — there aren’t many. And the Millennial Chinese and South Korean clients understand us well,” he added.

The executive has navigated the crisis by emphasizing the well-being of employees and keeping a steady focus.

“We are staying very positive, we won’t stop everything, or freeze everything, on the contrary, we told ourselves if there are opportunities, and they’re opportunities that fit our vision, then we’ll take them. We will be prudent, but we want to move forward all the same,” he said.

“Of course we have to react — react to what’s going on, we can’t carry on as if nothing is happening, we could no longer go to the office, we had to close stores, so we had to manage all that — but at the same time, we tried not to panic, and not make an about-face, but to say, what’s good in our strategy, what is lasting,” he continued, noting the brand had built strength through digital platforms.

“We were lucky to have online growth that to a large extent compensated for the closure of our stores,” he said.

The brand stopped digital marketing during the crisis, stopping everything at the outset and then focusing on communicating about the brand.

“When we started up again, we didn’t focus on products or do a marketing push, but rather on the brand — we took advantage of the moment to take a pause and tell the story of who we are, its history, the team,” he said.

“We didn’t stop e-commerce sales, we decided to allow them to carry on naturally, through our site,” he added.

The digital connection served as a link to consumers, he explained.

“We decided to try to maintain a link, but a link that would allow people to escape and to tell the story of the brand — this was our mind-set, and we worked on newsletters and messaging, we tried to add some poetry and lightness,” he said.

Employees were the top priority, said the executive, who noticed that discussions with executives heading other brands often centered on client-relationship management.

“I said, of course we looked after our clients — I can tell you about that — but above all, we paid close attention to our teams and our suppliers, too. We tried to keep in touch with everyone, so as not to leave any ambiguity, or wait for bad news to come. We called to see how things were going and if there was anything we could do, if there were cash-flow difficulties, what kind of arrangement we could find,” he said.

The executive set up regular Zoom meetings with department directors and called on an external human resources consultant to call managers to see how they were doing.

“Sometimes people don’t open up when you have a meeting of eight, 10 or 12 people and remotely, or through Zoom, you don’t necessarily perceive everything,” he said.

“So we set up a whole support/coaching system to be sure that our teams were handling the crisis well.”

The brand was also active contributing to efforts to combat the coronavirus, including donating a portion of online sales to the World Health Organization.

“We tried to do things at our small level — we know that at our size we won’t change the face of the world, but we wanted to be useful,” he noted.

Discussions with producers and retailers resulted in plans to push back part of the winter collection to spring, offering a solution for department stores to adjust without having to cut back on orders, for example. The brand had expected around 25 to 30 percent or orders to be canceled when the crisis hit, but the figure ended up being less than 5 percent.

“We were pleasantly surprised,” he said, noting there were significant replenishment orders from South Korea.

State aid in France was welcome, the executive noted, saying the label had secured a state loan guarantee of several million euros — less than 25 percent of sales.

Before the crisis hit, sales have been growing rapidly — around 60 percent, year-over-year — and consolidated turnover in 2019 came to around 35 million euros.

Santi-Weil has been keeping a close eye on the U.S., tracking rents in New York’s SoHo, but found them too high the past three years. Perhaps they’ll come down to a more reasonable level, he mused, noting that the brand would only make a move to open a store there if it made business sense.

“We wouldn’t do it for pride and image — that’s not our philosophy,” he said.

The label will not be participating in men’s fashion week in Paris this week, as Mattiussi was not ready to show a new collection, said Santi-Weil.

“He didn’t want to force himself to show something if he was not entirely sure of himself,” he said, noting that it doesn’t mean the brand is going solo or off calendar.

Plans to bring in a new investor to the fashion house, which is majority-owned by Mattiussi and Santi-Weil, have been put on standby, said the executive.

“We are taking our time to see who we want to move forward with,” he said, noting interest from potential investors that have seen the brand is holding up well in the crisis.

As for talk that Mattiussi had attracted interest from other players for his design skills, the executive said the designer is focused on Ami.

“Alexandre is more than ever convinced of the brand’s potential, and he wants to express this. He has so many things to do with Ami that he wants to focus on this adventure, on his house — our house,” he added.

Thu Jul 9 , 2020
Click here to read the full article. PARIS — New era, new system. As the fashion world grapples with how to deal with the fallout of the coronavirus pandemic, Louis Vuitton is upending its men’s wear schedule and switching to a seasonless, itinerant model of fashion shows, beginning with physical runway […] 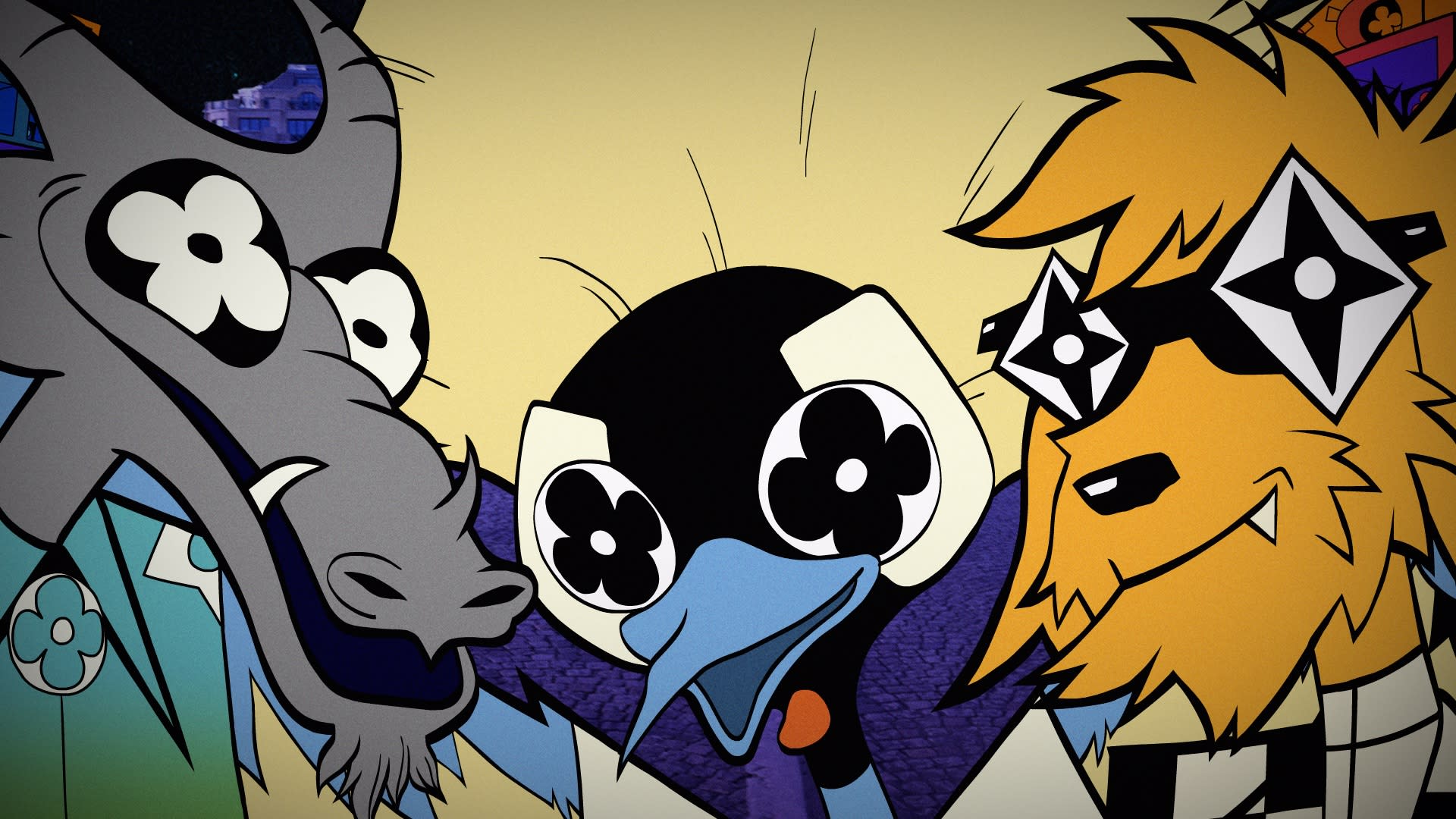